Rolls-Royce to expand its technology and logistics centre 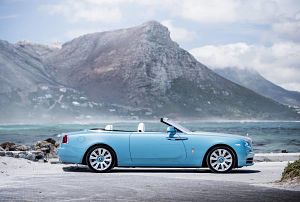 Rolls-Royce Motor Cars has decided to expand its technology and logistics centre (TLC) in the UK, having first opened the 30,000 sq.m facility a year ago.

Construction of the centre – located in Bognor Regis, eight miles from the company’s manufacturing base in Goodwood – was announced in September 2014 and involved the consolidation of three operations: an inbound warehouse for production parts; a distribution centre, including an inbound body store and finished car store; and a workshop for car preparation.

The buildings on site will be extended by almost 10,000 sq.m this year to meet growing demand, including for future models.

“The expansion will give the TLC the same overall footprint as the home of Rolls-Royce, more than doubling the scale of the company’s facilities since 2003 [when BMW took control of the brand],” the OEM said in a company statement.

An additional 100 new jobs were created at Goodwood last year, leaving the company’s headcount at 1,700, compared with the team of 350 that worked on the Phantom model in 2003.

“Testing of an all-new proprietary aluminium space-frame architecture, which will underpin every new Rolls-Royce model built on the new single line from early 2018, is now approaching completion,” said the company.

The past year was also the final one for production of the seventh-generation Phantom model, with a successor due in late 2018.

Rolls-Royce’s sales reached 4,011 cars in 2016, the second highest in its 113-year history. Record sales were achieved in the Americas, Europe and Asia Pacific. The highest year of sales was 2014, when 4,063 units were sold.

The company now sells about four times more cars annually than it did seven years ago.

The only major region where conditions remained difficult last year, according to the company, was the Middle East “where consumer demand for all luxury goods was dampened by economic and political uncertainty”.

Despite this, the Middle East still ended the year as the carmaker’s third largest market, with Rolls-Royce Motor Cars Dubai being the highest-selling dealership globally.

Six new dealerships were added in 2016, bringing the global dealer network to 136.