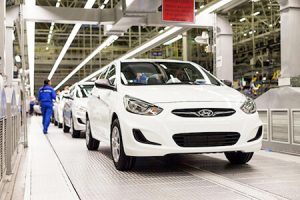 Russia is scrapping its Regulation 166 agreement, which allows foreign carmakers building cars in the country to import parts at preferential rates of customs duty. According to the country’s Ministry of Economic Development, the industrial agreement regime will cease on July 1 this year.

In a statement posted on its website, the ministry’s customs and tariffs committee said it was necessary to raise import duties to 20-25% from the 0-5% currently charged, to bring the country into line with its obligations as a member of the WTO.

Russia adopted the industrial assembly regulation in 2005 to attract foreign investments into its domestic automotive industry. It gave carmakers setting up in Russia substantial breaks on duties on automotive components imported for assembly, in exchange for meeting certain localisation requirements. Under the agreement, most Russian assembly plants currently source 60-70% of their parts from Russia. When the industrial regime ends, they will no longer be obliged to do so.

Several Russian news outlets have suggested that domestic vehicle prices will be raised in the course of the coming month, to make up for the increased costs of importing automotive components at the new level of duty. This, in turn, could have a negative impact on finished vehicle sales in Russia and jeopardise the market’s recent recovery.

So far, no vehicle-maker has been willing to go on the record about the removal of the regulation and how it will affect their business or the wider automotive market more generally.

In April, vehicles sales in Russia were up almost 18%, led by Lada and Hyundai-Kia.

Russia will not sign any fresh industrial agreements, according to a report in Russian newspaper E-Vid, citing the press office of the Russian Ministry of Economic Development. The ministry had been considering an agreement with Chinese carmaker Great Wall over a project to build a $380m finished vehicle plant in the Republic of Tatarstan with an annual capacity of 50,000 units. That plan is now in doubt, after an appeal over the matter by Great Wall to the Russian government in April was rejected, according to E-Vid.

It is feared the removal of tax breaks on imported parts that such SPICs would entail could lead to the closure of a number of assembly plants in the country, however – as Russian minister of industry and trade Denis Manturov conceded recently.