Russian carmakers appeal for a stop to state aid 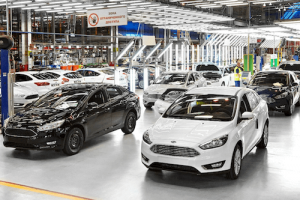 Leading carmakers in Russia have appealed to the government’s Industry and Trade Ministry to stop providing state aid to companies investing in new vehicle assembly plants in the country.

Domestic carmakers including Avtovaz, Gaz and Sollers have been joined by foreign rivals such as Renault-Nissan, Mitsubishi and Daimler in calling for an end to the so-called special investment contracts (Spics), which they said were putting the whole industry at risk.

The carmakers said domestic demand for finished vehicles in Russia was still far below the original projections made by the federal government for 2018, leaving the country’s plants at an estimated average capacity utilisation factor of just 44%. By encouraging investors to build new assembly plants, they warned, the government risked this figure sliding still further.

Instead, they called for the government to focus on increasing localisation across the supply chain and signing new investment contracts with tier one components suppliers, with a view to increasing the average utilisation factor to at least 80%.

The carmakers also called on the government to sign investment agreements with consortiums on certain projects, as this would allow them to share the investments needed to localise important parts and components, and make all those involved eligible for state aid. Up to now, the government has insisted each individual carmaker establish its own capacity to localise engines, transmissions and other parts, in order to gain access to state support schemes.

If approved, they could affect several investors who have not signed up to special agreements with the government yet – including BMW, which has plans for a new finished vehicle assembly plant in Kaliningrad.

Speaking at a press conference earlier this year, Anton Alikhanov, governor of Kaliningrad Oblast, said construction of the BMW plant could begin this year with completion in 2021. Oliver Zipse, member of the BMW management board, meanwhile, has indicated the carmaker hopes to sign an investment agreement with the government before the end of the year.

The investment involved is estimated at several hundred million Euros, while production is planned to be in line with overall BMW sales in Russia. In 2017, the company sold 31,000 vehicles in the country.

In addition to BMW, a number of Chinese carmakers have also declared plans to build vehicle assembly plants in Russia.