Santander breaks all records in 2015 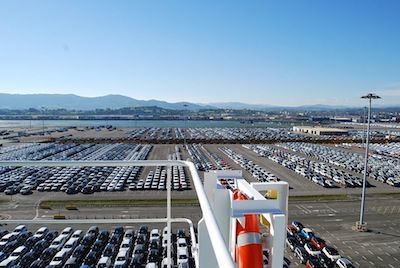 In 2015, the Spanish port of Santander broke all throughput records for finished vehicles. By November, it had already handled almost 415,000 units, which was 23% more than the corresponding 11-month period in 2014 and 10% higher than the previous year as a whole. In 2014, Santander handled 374,646 vehicles, the most in its history.

Given a need to boost capacity, in late January, the port authority awarded Copcisa a contract to build a new ro-ro ramp. This will be installed at a cost of €2m ($2.2m) and will take four months to complete.

However, its recently released strategic plan is even more ambitious, setting out short-, medium- and long-term objectives, along with a series of measures designed to boost, among other sectors, finished vehicles traffic.

For the coming financial year, the plan concentrates on projects that will see improved access and storage capacity for traffic generated by ro-ro vessels, with the aim of increasing the number of units handled. Part of this will see the further development of additional vertical storage facilities.

To reinforce its continuing importance in the finished vehicles market, on January 30th Santander also welcomed the 8,500-vehicle capacity Höegh Trigger, one of the world's largest car carrier. The event was witnessed by the president of Spain's Cantabria's region, Miguel Ángel Revilla. The vessel is deployed on the route linking Europe with South Africa and Australia and arrived at Santander's Raos Quay 8 inbound from Southampton in the UK, where it took on a consignment of 800 vehicles from various manufacturers.