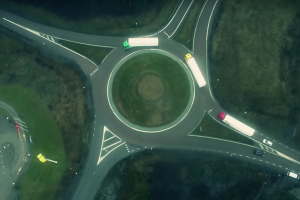 VW subsidiary Scania and Toyota are to conduct the first full-scale autonomous truck platooning operations in Singapore, in what has been described as the largest pilot project of its kind.

The three-year pilot, work on which begins this month, will involve three autonomous trucks following a lead manned truck on public roads, moving containers between port terminals with automated docking and unloading of cargo.

The project has been organised by the Ministry of Transport and the Port of Singapore Authority (PSA Corporation), and will take place in two phases. The first will focus on designing, testing and refining the truck platooning technology to adapt to local conditions, which Scania and Toyota will do at their respective research centres in Sweden and Japan. The second phase will consist of local trials and development of the technology in Singapore, for which a 10km test route along the West Coast Highway has already been designated.

Pang Kin Keong, permanent secretary for transport and chairman of the Committee on Autonomous Road Transport in Singapore (CARTS), said: “Trucking as we know it today is a highly labour-intensive industry. We face a shortage of truck drivers. In this regard, truck platooning technology presents us with an opportunity to boost productivity in both the port sector and the trucking industry.”

A statement from Scania suggested that with Singapore’s vehicle numbers approaching a million, it was a “living laboratory” for new vehicle concepts aimed at increasing productivity and safety and optimising road capacity.

In November, another VW truck subsidiary, MAN, announced the signing of a memorandum of understanding with DB Schenker to operate a truck platoon in 2018 on the Digital Motorway Testbed on the A9 Motorway in Germany, between DB Schenker sites in Munich and Nuremberg. The project will also involve deployment of self-driving trucks on DB Schenker’s site in Nuremberg.