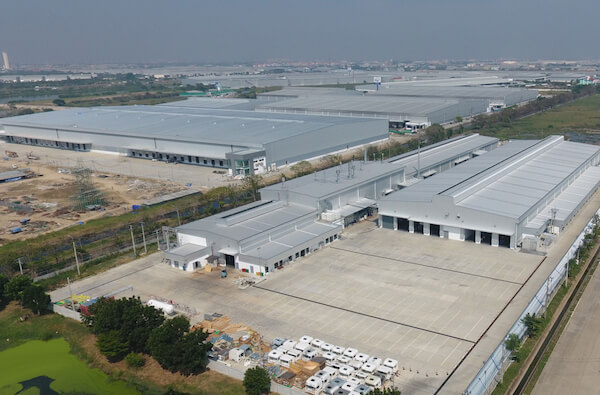 Swedish truckmaker Scania has moved production closer to sales in Southeast Asia with the opening of a factory in Thailand to assemble truck and bus chassis from complete knockdown (CKD) kits shipped in from Europe, as well as manufacturing truck cabs locally.

“By increasing our local presence, we are now able to quickly respond to customers’ demands and make sure that we provide the best transport solution for each customer,” said Gustaf Sundell, MD of Scania Group Thailand.

Scania has also established a regional headquarters in Thailand, which it said would support distributors throughout Asia and Oceania in developing business.

The €23m ($26m) factory is the biggest investment the company has made outside Europe and Latin America. It covers almost 40,000 sq.m in the Bangkok Free Trade Zone and will be a “cornerstone” of its increased focus on Asia, said Scania. The truckmaker is looking to supply the domestic market in Thailand as well as the wider Southeast Asia region from the plant.

The company would not reveal the proportion of local to imported parts in the truck cabs made at the plant, but a spokesperson said it would be working with around 15 main parts suppliers constituted of domestic Thai and international suppliers based in Thailand, as well as countries in the Association of Southeast Asian Nations (Asean).

“With this new industrial establishment and with local suppliers, we can now build Scania trucks and buses according to global specifications, with Thai origin. It gives us completely new prerequisites for our growth in the Asean free trade area,” said Sundell.