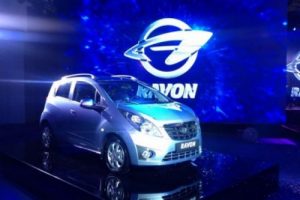 Executives at a number of GM-Uzbekistan’s dealerships are understood to have been arrested recently in connection with an alleged fraud relating to the export of vehicles to Russia via Kazakhstan. The latest arrests follow those of GM-Uzbekistan’s CEO, Tokhirjon Jalilov and nine other GM-Uzbekistan executives last month.

The most recent arrests are understood to have involved a number of dealership staff, customs officials, tax officials and even members of the National Security Service. Automotive Logistics understands a total of over 70 people have been arrested overall in connection with the investigation so far.

Uzbekistan’s General Prosecutor’s Office (GPO) is currently investigating allegations that a number of Ravon-branded vehicles produced by GM-Uzbekistan supposedly being exported to Russia via Kazakhstan were in fact held in warehouses in the Kazakhstan city of Shymkent before being returned to Uzbekistan for sale, where vehicle prices are around three times those in Russia.

The GPO has suggested that GM-Uzbekistan – a joint venture between the state-run Uz-Avtosanoat (75%) and General Motors (25%) – was receiving money from GM to export these vehicles as well as receiving certain tax breaks from the state on such exports. It is believed the total value of the alleged fraud was in excess of $150m.

It is now understood the GPO is also investigating a further possible layer of fraud relating to the supply of inbound components to GM-Uzbekistan, in which parts were allegedly imported into Uzbekistan by one of the company’s tier suppliers without the duty being paid on them, before being sold to GM-Uzbekistan as locally produced parts at several times their original purchase price.

The investigation into GM-Uzbekistan’s export activities was launched after Uzbek president Islam Karimov visited Russia in March 2016 and found out from the authorities there that no exported vehicles were actually arriving in the country.

GM has declined to comment further since telling us last month it was “firmly committed to the highest standards of compliance, transparency and integrity in [its] business operations, including its joint ventures.”