Seeing logistics as more than 'waste'

Carmakers have historically viewed logistics as pure cost rather than as investment. One Ford executive, speaking at our European conference a few years ago, even went so far as to say the company saw freight transport as “waste”. He did not mean to say all transport was rubbish, nor that the logistics budget wasn’t essential; rather, that spending billions of dollars on freight does not make cars more valuable to consumers. 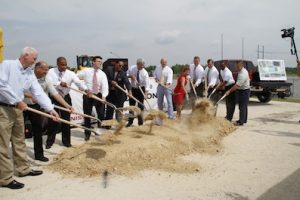 Good logistics management, his point seemed to be, entails lowering costs without sacrificing production or product quality. Most executives who appear in this magazine have agreed: I’ve rarely heard someone boast that their decisions had increased mileage, inventory or the overall logistics spend.

Nevertheless, logistics managers may bristle at hearing their life’s work described as something throwaway; it’s clear that reliable transport and reduced inventory and order-to-delivery times can lower a car’s sticker price and improve customer satisfaction, but have manufacturers really invested in achieving those things? If a carmaker merely leans on logistics providers to cut rates, you could argue that value, at least in its economic terms, has been destroyed rather than created. The net gain for the industry is zero, if not negative, especially if it results in poorer delivery performance.

While OEMs believe freight transport should be reduced where possible, they tend to see more value in advanced parts-handling processes, such as sequencing and subassembly, that not only reduce plant inventory, but allow for later production changes, more material throughput and better quality control.

However, such handling requires space and resources, which OEMs have taken different approaches to procuring, whether outsourcing it completely off-site or carving out space on the factory floor. At Ford’s plant near Buenos Aires, for example, Gefco handles in-plant logistics, inventory and subassembly directly on site. While DHL also does line feeding for Jaguar Land Rover at plants, JLR has been using the provider more and more to do parts handling at satellite warehouses in the UK. In fact, as the carmaker expanded capacity at Solihull, it converted former logistics areas into assembly space.

The latter example will sound familiar to many in automotive logistics. One executive tells me that top OEM management usually only build logistics centres at plants if they think they could be converted to manufacturing later on. That is an unfortunate symbol for an OEM’s view of logistics investments – that if it’s not waste, it should be temporary.

Putting your money where logistics is

But there are signs of change. In the US, at least three carmakers are constructing major logistics centres directly at plants. In Mississippi, Nissan is building a 90,000-square-metre centre to support inbound parts feeding and container operations. Executives have said that the centre help localise suppliers and prepare the plant to increase production.

Mercedes-Benz is building a $70m, 84,000-square-metre logistics centre at its plant in Tuscaloosa, Alabama, to support parts receiving, handling and sequencing. The centre is part of the plant’s capacity expansion, which will include adding production of the C-Class next year and a new SUV in 2015. [sam_ad id=6 codes='true']

General Motors, meanwhile, is building a 40,000-square-metre, $44.5m logistics centre for sequencing and assembly at its Cadillac plant in Lansing, Michigan. The company has said the centre will reduce transport and improve handling.

These centres are large in terms of investment and space, perhaps signaling the role that logistics will play in future production strategies.

On recent travels, I’ve seen first-hand the value these centres can provide. Toyota’s sorting centre at Georgetown, Kentucky, for example, has helped it improve handling and increase the amount of direct deliveries to the plant, since the organising of parts for plant docks is delayed until closer to the line. A Magna plant in Ilz, Austria, opened a sequencing centre onsite last year that diffuses parts for its 33-plus assembly lines. Magna Steyr, 50km away in Graz, also plans to convert an area that will sort deliveries by dock.

While these ideas are not new, it’s significant when OEMs and tier suppliers make direct investments in logistics space and activities. It’s a good sign for the industry and for this magazine; we wouldn’t want to see more providers, or indeed, our own pages, consigned to the bin.