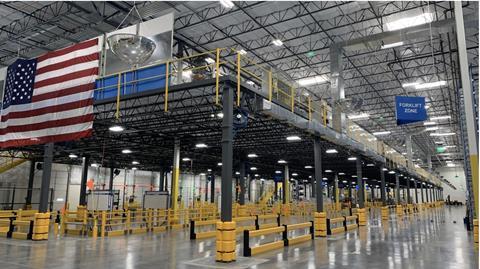 The $10m facility, which covers 12,600 sq.m, is stocking 56,000 Toyota and Lexus aftermarket parts to distribute to 56 Toyota and Lexus dealers in the US southwest, primarily in Arizona, as well as New Mexico, Texas, Utah, Nevada, and Colorado.

Previously Toyota dealers in the US southwest region sourced aftermarket parts from the carmaker’s PDCs in Los Angeles and San Francisco.

Those service options include both next-day delivery and, in select areas, same-day delivery of parts based on PDC or centralised pick up.

Toyota highlighted that the PDC would adhere to recommended Covid-19 safety guidelines and implement additional health and safety measures for its 60+ staff, including strict social distancing, daily temperature checks and certification and daily sanitisation.

Following two years of planning and nine months of installation, the Phoenix PDC began receiving parts at the end of May and has been making initial shipments since the end of June.

Last year Toyota realigned its production and service parts organisation in North America with an integrated supply chain division as part of its overall One Toyota initiative. That involved merging its Logistics Control function with Service Parts and Accessories in a new division called Parts Distribution and Accessory Development (PDAD).