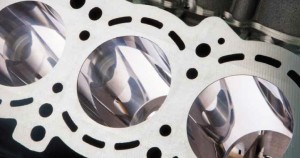 German car parts maker, KSPG, and China’s Huayu Automotive Systems (HASCO) are to set up a joint venture, which was approved at the end of last month.

KSPG belongs to the Rheinmetall Group, and HASCO’s majority shareholder is the SAIC Group, one of the China’s largest, state-owned OEMs and a joint venture production partner with General Motors and Volkswagen. While details of the new joint venture have not yet been released, the 50/50 joint venture with HASCO was announced earlier this year, after the German parts supplier said it was looking to find a strategic partner for its aluminium castings business, KS Aluminium-Technologie (KS ATAG).

KS ATAG is based in Neckarsulm, in southwest Germany, and will continue to remain there, a spokesperson told Automotive Logistics.

The spokesperson said that there are currently no cross-regional shipments planned, and both companies will continue to concentrate on their local markets, with each region continuing to procure its demands. However, new production capacities and expansions to further markets will be planned and executed together.

KSPG and HASCO have been involved in a joint venture since 1997, cooperating initially with their respective piston businesses. In 2001, the two companies founded Kolbenschmidt Pierburg Shanghai Nonferrous Components (KPSNC), and Pierburg Huayu Pump Technology a few years later. In 2013, the joint ventures combined employed a workforce of 3,500, and generated aggregate sales of around €500m ($630m).

KSPG has 36 production plants across Europe, the Americas, Japan, India and China, and develops and manufacturers components, modules and assemblies for vehicle propulsion systems. The company’s aftermarket division delivers products in over 130 countries.

KSPG and Huayu’s JV is not the only Sino-German news, as German supplier ZF Friedrichshafen has just established a JV with Beijing Automotive Industry (BAIC), to build chassis parts for passenger vehicles. The partnership will be 51% owned by ZF, 49% owned by BAIC, and is worth €10m (77m yuan).

Production will begin in 2016, with plans to produce 200,000 front- and rear-chassis modules per year initially. ZF has said the new partnership will supply components to BAIC, and its joint ventures with Hyundai and Daimler.