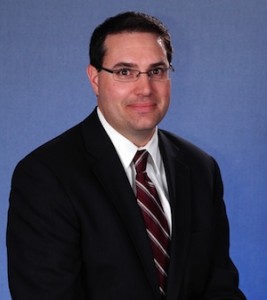 Bryan Sitko has moved from his role as operations director for the Parts Europe division of truck group PACCAR to take up a new role as managing director of Leyland Trucks, one of the divisions of the group.

"This is a great opportunity and I am very much looking forward to working with the tremendous team at Leyland Trucks to build on the excellence this operation is known for," said Sitko. “I’m looking forward to bringing my experience in supply chain management to play in an assembly environment.”

Sitko will now relocate from Eindhoven in The Netherlands to Leyland in Lancashire, UK.

Leyland Trucks is the only volume truck maker in the UK and makes the full range of DAF products. Around 50% of that output is exported to the EU and global markets.
DAF is a leader in the European tractor market and is the overall market share leader in the UK the Netherlands and Hungary.  Industry sales above 16-tonnes in Europe were 227,000 units in 2014 and DAF’s market share was 13.8%.
Sitko takes over the managing director role from Ron Augustyn who is returning to the US to take up another role with PACCAR. Augustyn joined Leyland in September 2012.

Sitko has spent 16 years at PACCAR both in North America and Europe.