Sohar to become storage and distribution centre for Toyota Lexus 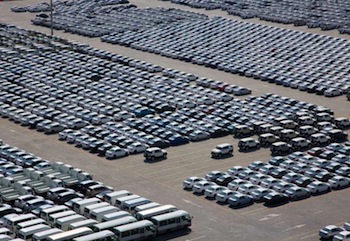 Sohar Port and Freezone has signed an agreement with the Saud Bahwan group for the creation of a new, 40-hectare vehicle storage and distribution centre for Toyota Lexus finished vehicles.

C. Steinweg Oman, which manages the General Cargo Terminal at the port, will also play a key role in the logistics chain.

According to sources close to the Saud Bahwan group, more details regarding the project will not be made public until the start of the second half of this year. The group has already played a significant role in bringing many new automotive models to the Sultanate.

Jamal Aziz, CEO of the freezone, stressed that the facility benefits from a good location, as well as offering first class connectivity. It will, in future, also have a dedicated rail and highway connection, and also be served by a new airport.