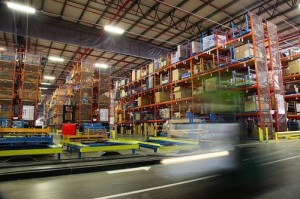 Following weeks of strike action by the National Union of Metalworkers of South Africa (Numsa), which has hit the automotive parts industry in South Africa, component makers are now faced with two months before they rebuild their pipeline of parts, according to Ken Manners, vice president of the National Association of Component Manufacturers (Naacam).

“We’ve managed to keep things going but it’s been pretty tight,” Manners said. “Some of our members are first tier suppliers to manufacturers in North America and Europe. We’ve been under immense pressure to keep them supplied.”

The shortage has grown so acute that components will be supplied as fast as they come off the assembly line and air freighted out “at a cost equal to that of the parts.” This would be the only way to ensure the supply chain did not break down in coming weeks.

“I’m afraid we’ve blotted our copybook. It will take quite some time for us to restore our reputation with our international customers,” Manners said. “We’ve begun flying out components using premium freight and we will have to keep this up until we have rebuilt our logistics pipeline. This will take at least six to eight weeks, if not longer. It’s going to cost us millions upon millions of rands.”

Manners noted that his company SP Metal Forgings, which specialises in hot forge-based precision components for the automotive and non-automotive sectors, and is the largest in the country, was unlikely to make a profit this year as it absorbed the cost of air freight.

Meanwhile other Naacam members are reporting a gradual return to normal production as staff return to work following the settlement of the strike.

“Most of our members are reporting 70% of their workforce is back,” said Manning. “It is now a question of organising people back into shifts.”

Manners added that Naacam expected normal operations to be in full swing by the end of this week.