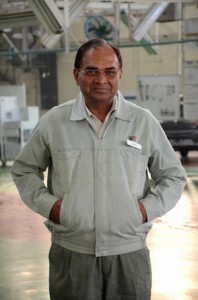 Maruti Suzuki is keeping quiet about the departure of Sudam Maitra, who was until recently the company’s chief operating officer for supply chain, including responsibility for purchasing and logistics. Maitra joined the company in 1983 amid the founding members of the joint venture, which is today the largest carmaker in India.

Maitra is reported to have been reassigned this past spring to a new role as mentor of special projects at the carmaker. His resignation came just months after this apparent demotion.

Maruti Suzuki would only state that it did not comment on individual resignations.

According to India’s Financial Express news source, Maitra could shortly join rival Indian carmaker Tata Motors, which has recently seen a number of departures at executive level. Head of parts purchasing, Venkatram Mammillapalle, left Tata last month along with legal head, Rajesh Bagga. Their departure followed one month after Ankush Arora, who headed the passenger vehicle business, resigned from the carmaker. Tata Motors has also yet to announce a new managing director to replace Karl Slym, who died in January.

Sudam Maitra discussed his development of Maruti Suzuki’s supply base with Automotive Logistics back in January this year. The executive had taken a particular interest in supplier development and localisation of suppliers in India. Highlights included the development of the Maruti Centre of Excellence (MACE), which had a major focus on improving quality, introducing more lean processes and promoting better delivery among suppliers in India (read more here).