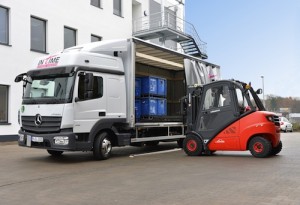 South African supply chain management provider, Super Group, is acquiring 75% in German expeditor In Time Express Logistik for €153.5m ($168m). The deal is expected to be complete by the end of October this year.

In Time has 20 branches across Europe, with its main base in Germany, and operations in Sweden, Hungary, Romania, the Czech Republic and Poland. Its customer base is made up predominantly of automotive OEMs and suppliers accounting for around 77% of its revenue.

Super Group’s CEO, Peter Mountford, said the acquisition fell within the company’s core strategy of expanding its supply chain activities in areas that it had expertise in, including automotive, as well as expanding its geographic reach. Super Group’s main regions of activity are in Australia, New Zealand, Africa and the UK.

The company listed key attractions to the In Time buyout as its position as a leading European provider of time-critical delivery services, its strong blue c hip customer base, which includes BMW, Daimler and VW, and its branch network in Germany and Eastern Europe.

According to data sourced by Super Group in support of its business plan the time-critical market is growing faster than both the overall logistics market and the German economy. Market forecasts indicate growth up to 2017 of 3.7% in the market.

“We are confident that the acquisition of the 75% interest in In Time heralds an exciting phase in Super Group’s journey and we believe that the management team of In Time, with their extensive knowledge and experience, will be able to add extensive value to our supply chain division,” said Mountford.

In Time’s management team will retain a 25% interest in the company.