Supply Chain conference: No less global than ever 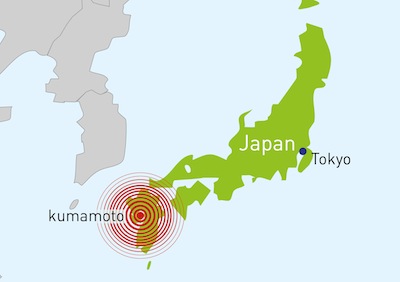 While investment in regional supply in North America is real, supplier and platform consolidation means that the continent is not cut off from global logistics links across inbound and service parts supply chains, writes Christopher Ludwig in Atlanta

Despite the significant increases in local and regional manufacturing in North America, and considerable discussion on ‘near shoring’ or ‘re-shoring’ vehicle and parts assembly, intercontinental logistics and global material sourcing remain important, if not growing features of the automotive supply chain, particularly as manufacturers concentrate on specialised areas of technology.

Such long-distance supply chains are a big challenge for inbound and service parts logistics managers. Wendi Gentry-Stuenkel, head of inbound logistics and automotive transportation at Fiat Chrysler Automobiles US, said that the increase in shared parts across regions was driven in part by shared platforms across the group and products produced in multiple locations, such as increasingly global Jeep production. The impacts on logistics have been significant for the NAFTA region.

“You can see it in the struggles in Japan we are seeing [following the recent earthquake] and the ongoing trade offs in regional plants, all of which need the same parts,” she said. “And that is before we even get into [other OEM] competitors, which are often using the same suppliers.”

An earthquake in April on the southern Japanese island of Kyushu led to factories closures in Japan, and contributed to global supply shortages, including of microchips. GM subsequently suspended production at four plants in North America for two weeks.

While carmakers and tier suppliers have focused investments on increasing localisation in North America, capital and technology demands can often supersede geography in choosing sourcing locations. For example, regulations requiring carmakers to reduce emissions are leading OEMs to spend huge sums on new powertrain technology and lightweight material. At the same time, companies are spending billions to meet consumer expectations for connected cars and infotainment systems, while also trying to keep up with autonomous driving technology.

With such demands, manufacturers make trade offs between standardisation, asset investment and supply chain risk. “We would love to have tighter supply chains, but we have huge pressures to standardise and centralise where we can,” said Gentry-Stuenkel. “Supply chain and logistics are not always winning the war in these decisions.”

"We would love to have tighter supply chains, but we have huge pressures to standardise and centralise where we can. Supply chain and logistics are not always winning the war in these decisions." - Wendi Gentry-Stuenkel, FCA US

Brandon Mason, lead analyst for the Americas at forecasting firm PwC Autofacts, said that the emergence of “autotech”, including the seamless integration of smartphone with cars, was reshaping and consolidating the existing supply base. Technology and electronic suppliers are entering traditional automotive segments, while tier suppliers are seeking acquisitions and partnerships to increase scale.

Japanese tech giant Panasonic, for example, which currently provides nearly all the batteries used to power Tesla’s electric vehicles, has said that it is targeting acquisitions that would a make it a major player in the automotive supply chain, focusing especially on areas such as connected cars and autonomous driving.

Paulo Monteiro, inbound logistics manager at Volkswagen Group of America, also pointed to global supply chain complexity among the company’s biggest issues for its US operations. The carmaker is set to launch production later this year of a new, midsized SUV at its plant in Chattanooga, Tennessee, which will nearly double the size of the factory and increase the amount of global parts that serve it, including out of Asia.

“Our supply chain is going to grow significantly,” said Monteiro. “Currently, we have a couple of suppliers in Shanghai, for example; that we will grow significantly to 20 from that region, which will be a significant challenge for us over the coming year.”

As some carmakers increase cross-shipping of vehicles between regions, their parts supply chains are following these trade lanes. Helmut Nittmann, global director of parts supply and logistics at the Ford Customer Service Division, which is responsible for service parts across the carmaker, said that this globalisation of product remained his biggest challenge for logistics.

“Cars and parts are being imported and exported everywhere, whether from the US overseas, or overseas product coming into North America,” he said. “It is difficult getting consistent bill of materials and engineering data so that we can continue to support our dealers and customers [in the aftermarket].”

Even the local is globalUnderstanding the lower tier chain, right down to source or raw materials, often requires global visibility and communication throughout the supply chain. Indeed, Volkswagen’s production in Chattanooga reveals the multiple layers of the tier supply chain, and the extent to which ‘near shoring’ can be as global as it is local. The production of the plant’s current model, the North American Passat, has a localised tier one supply chain, with 87% of transport material coming from the US and Canada, with 6% from Mexico and 7% from overseas. Eight suppliers are situated at an adjacent supplier park providing 11 commodities just-in-sequence, including tyre and wheels, front and rear seats, axles, headliners and door panels. 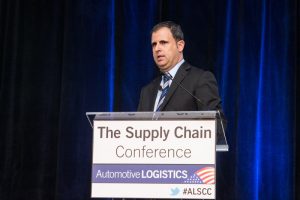 One of those JIS suppliers is Chattanooga Seating Systems, a division of Magna Seating. According to Addam Prewitt, production and logistics manager, the small, 58,000 sq.ft (5,400 sq.m) seating plant’s supply chain is especially long, with 87% of its material coming from Mexico. The seats also include vinyl suppliers based in Canada, as well as leather suppliers from Argentina.

Understanding the lower tier chain can be important to getting to the root of any disruptions or quality issues. For example, when a set of trim leather covers for seats turned out to be defective, said Prewitt, CSS and Volkswagen traced the material quality issues down to the leather source.

“Dealing with leather is a natural component, as it comes from a cow. You can’t just turn out more. When you have a quality issue like that, with inventory through the pipeline, you have to start from the beginning... with the cow,” he said. “Eventually we worked with Volkswagen logistics and quality to get an acceptable product and move it back through the supply chain.” 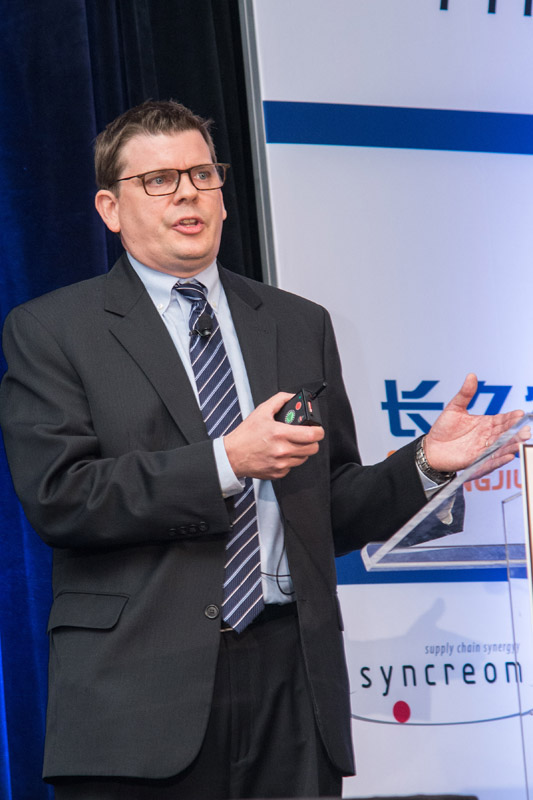 Pirelli's raw material supply chain is highly global, with average lead times of around eight weeks, according to John Godfrey

Another example of how ‘localisation’ efforts by a tier supplier requires a global supply chain is Italian tyre manufacturer Pirelli. The company is substantially increasing North American production, including plans to nearly treble output at its plants in Silao, Mexico by 2018, in part to shorten lead times to customers in the region, reduce overall logistics costs and do more built-to-order production.

However, Pirelli still relies on long lead times for its inbound raw material. John Godfrey, vice-president of NAFTA logistics, said that the company received around 4,000 tonnes of material to Mexico each month with average delivery times of eight weeks. Such materials include Silica from China, natural rubber from Indonesia, textiles from India, synthetic rubber from Russia, chemicals from Europe and steel chords from Turkey.

“These have very long lead times and we need to plan these lead times into our production,” he said.

In terms of finished tyres, even as it has increased North America production, Pirelli is still importing almost a third of total tyre demand to the region from Brazil, with significant supply also from Romania and Germany.