A carbon-neutral network for Volvo

At last year’s COP26 climate conference Volvo Cars signed a declaration to phase out fossil fuels from its cars, but as Martin Corner, vice-president of global supply chain logistics, explains to Marcus Williams, that commitment to carbon cutting goes for logistics as well. By Marcus Williams

Carmakers were somewhat thin on the ground at last year’s UN Climate Change Conference (COP26), held in Glasgow, but the 11 that did sign the declaration (see box) made a commitment to clean up the cars they are making and the supply chains supporting production.

One of the 11 signatories was Volvo Cars, which signed the Glasgow Declaration on Zero Emission Cars and Vans. That declaration commits Volvo to phase out fossil-fuel vehicles in leading markets by 2035 and globally by 2040. Volvo went further in committing to an internal carbon price of 1,000 SEK ($105) for every tonne of carbon emissions from across its entire business, in line with its ambition to become a climate neutral company by 2040.

“Volvo Cars’ internal price on CO2 is intended to affect decisions relating to all emissions across everything we do,” says Martin Corner, vice-president of global supply chain logistics at Volvo Cars. “This also includes emissions related to logistics.”

Corner says the company is putting in place an internal carbon price relating to vehicle development projects, which include planned logistics routes and the emissions from those are included in the price on CO2. 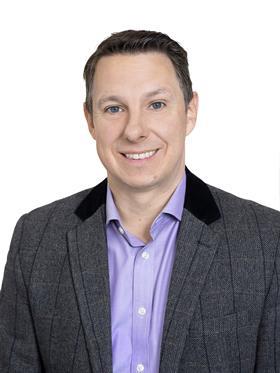 Volvo states that a CO2 cost is imposed for every anticipated tonne of carbon emissions throughout the car’s lifecycle. More specifically, with regard to the logistics involved per unit, each car made in 2021 generated 1.46kg of CO2 related to the transport used for both inbound parts shipments and outbound final delivery of the vehicle.

To more accurately measure the emissions used, Volvo is capturing real-time data and has created a digital twin of its supply chain network. With that it can not only calculate and analyse the CO2 emissions but also analyse the network from different aspects and run different scenarios to help make decisions on improvements.

Greener footprint
The carmaker is investing extensively across operations to first reduce the total carbon footprint per average car by 40% between 2018 and 2025, and secondly to reach full climate neutrality by 2040.

By 2025 Volvo Cars also plans to make its manufacturing footprint climate neutral. The carmaker counts a manufacturing site as fully climate neutral when it registers no net increase in the emission of greenhouse gases to the atmosphere as a result of the electricity and heating used by the plant. It is reducing overall energy use through improved efficiency and energy recovery, as well as by on-site power generation and the extraction of renewable energy. The company is also buying climate neutral energy from suppliers. It has similar targets for its office locations.

Volvo Cars’ internal price on CO2 is intended to affect decisions relating to all emissions across everything we do. This also includes emissions related to logistics – Martin Corner, Volvo Cars

In May 2021 the carmaker announced its Torslanda plant in Sweden was its first manufacturing location to reach fully climate neutral status. Half of the plant’s heating comes from biogas, while the other half is predominantly sourced from district heating through industrial waste heat. 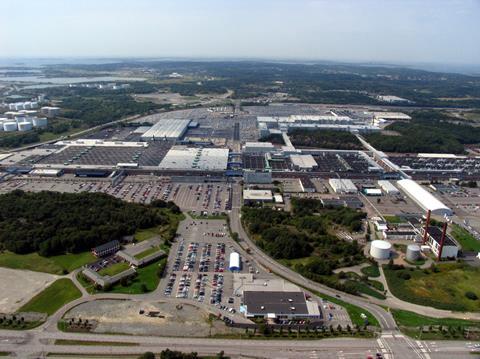 There are also a number of projects underway with logistics providers to reduce carbon emissions from the transport of parts and vehicles.

“For inbound we implemented the EMEA Modal Shift, consolidating inbound material in the Czech Republic and from there using rail through Germany and sea vessels to Sweden,” explains Corner by way of example. “The last leg is done by trucks running on 100% renewable fuel.”

Volvo is also looking use more electric rail and ocean freight for outbound operations in China, including a greater use of inland waterways.

Avoiding transport
According to Corner the main thing to address in reducing emissions from transport is simply to avoid as much transport as possible. For Volvo that means working to its stated principle of “produce where we sell and source where we produce”. That industrial strategy is also focused on making use of every available saving in the supply chain.

“Our task within supply chain management is to be as efficient as possible in network design, [with a] high-filling degree in every box, pallet, container and trailer, as well as selecting the best possible transport mode, and using renewable fuels and carbon efficient technologies,” says Corner.

On the service parts side of the business Volvo says it is constantly evaluating the most efficient parts distribution network. For instance, the location of distribution centres is key to avoid as much air freight as possible while still maintaining high availability.

“Also, predictability of which spare parts will be needed on the different markets is something we invest in, in order to keep efficiency high and CO2 emissions low,” says Corner.

Building more sustainable supply chains and carbon-neutral logistics networks will be discussed at next month’s Automotive Logistics and Supply Chain Europe conference, which takes place in Munich, Germany between May 2-4

Sustainable batteries
The same efforts at efficiency and carbon cutting is applied for the delivery of lithium-ion batteries, though as dangerous goods, batteries are subject to strict regulations and design criteria that have to be followed which varies according to market.

“For instance, batteries are not allowed to transport by train in China which limits the options,” says Corner. “Longer term, the new battery plant that will be located close by our plant in Gothenburg is an example of a future setup that will make a significant difference to the operation.”

Volvo is working with battery supplier Northvolt to build the 50GWh plant dedicated to its next-generation pure electric Volvo and Polestar cars.

“Establishing this gigafactory in Gothenburg is a decisive move, both to continue to transform one of the most dynamic automotive regions in the world, and to become the leading global supplier of sustainable batteries,” said Northvolt CEO Peter Carlsson in February this year. 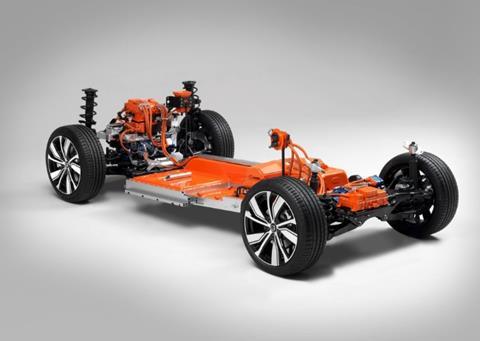 In 2020 Volvo invested in blockchain technology provider Circulor to provide visibility into its battery supply chain. The carmaker has been working with Circulor, alongside its battery suppliers CATL and LG Chem, on the implementation of the distributed digital ledger technology to accurately trace the origins of the cobalt it sources for use in its electric vehicle batteries.

Circulor’s blockchain application is used throughout Volvo’s battery supply chain and the carmaker said it will achieve 100% traceability on the cobalt used in the battery for its XC40 Recharge P8.

Predictability of which spare parts will be needed on the different markets is something we invest in… to keep efficiency high and CO2 emissions low – Martin Corner, Volvo Cars

The two companies are also working together on the expansion of the technology in tracking and reducing CO2.

“Prior to implementing blockchain Volvo Cars had limited knowledge of our battery supply chain beyond our tier one suppliers,” says Corner. “Since the implementation, we are able to track the raw material, via all sub-suppliers, from the mine to the finalised car. Currently we are using blockchain on cobalt (battery raw material) and mica (insulation sheet) and we are working to implement it on other materials.”

Carbon-free future
Volvo says it aims to future-proof its organisation and be ahead of the regulatory curve on carbon reduction. As part of its internal carbon price relating to vehicle development projects, the likely future carbon footprint of each project is measured against a set target level. By also applying an internal carbon price on expected future profitability of the vehicle, Volvo can evaluate the emission-adjusted profitability of future cars. 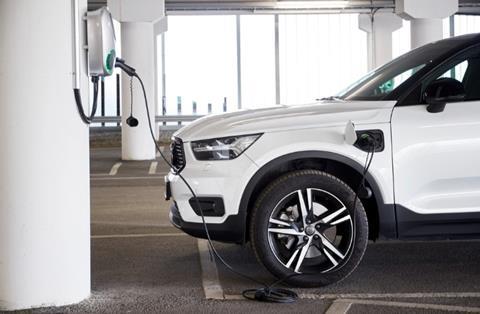 “This allows us to both ensure we drive the development of future car projects in line with our climate action strategy,” says Corner. “It also allows us to take the expected carbon impact of future cars into consideration during development, to ensure we deliver products that are profitable, even if they would be targeted by tougher carbon legislation than today.”

Over the last two years there has been considerable disruption caused to the automotive supply chain and the impact of the semiconductor shortage continues. That has tested Volvo, as with the sector more widely, but it has also focused the strategy the company is taking to make logistics and production more efficient.

“This period has confirmed our ability for speed and flexibility, and quick adaption to changing circumstances,” says Corner. “On the improvement side, it has made us more determined to even further prioritise supply chain resilience in all our strategic planning.”