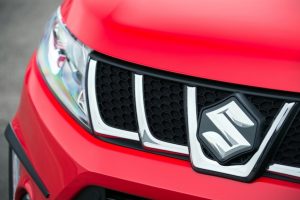 [UPDATE 29th June] Japanese carmaker Suzuki has refuted claims in the Russian press that it is planning to build an assembly plant in Russia. The reports followed a speech given by Alexey Vorobyev, the governor of the Moscow administrative region, at the St Petersburg Economic Forum in early June in which he said the regional government had almost reached an agreement for the construction of an assembly plant with “one of the leading Japanese carmakers”.

Vorobyev did not name the carmaker and said the company in question planned to make a final decision on the project this coming autumn. However, recognising that most of the eight Japanese carmakers selling vehicles in Russia already had plants there, except Suzuki, a number of Russian media sources speculated that it was likely that Suzuki was the company in question.

This week Suzuki told Automotive Logistics that it had no plans to build a plant in Russia and that its Magyar Suzuki plant in Hungary was meeting demand for sales in the country (as well as in Europe). The spokesperson added that the Hungarian plant, which makes the Vitara and SX4, had reserve capacity to meet any growth in demand. Suzuki also exports vehicles to Russia from its plants in Japan.

Suzuki originally had plans to start making vehicles in St Petersburg with an investment of $120m but shelved them in 2009 when the global financial crisis hit. According to insiders Suzuki was planning to resurrect that project around 2014 but the Russian market was once again hit by recession and it had to put those plans on hold too. The original goal of installing annual capacity at 30,000 vehicles may now be curtailed given current sales figures.

Whichever carmaker it turns out to be stands to benefit from a range of incentives. Vorobyev suggested that if the deal went ahead the carmaker in question could claim for several incentives and tax breaks as part of the Russian government’s Special Investment Contract (SPIC). He also said that the launch of an assembly plant would also necessitate provision for localising part manufacturing

Russian media source Life cited insiders close to the deal who said that the investment in the plant amounted to $50m, though that is significantly lower than the €278.7m ($310m) Daimler is spending on an assembly plant in Moscow for Mercedes-Benz production in 2019.

Moscow’s local government has recently put some effort into attracting new carmakers and components manufacturers to the region, with favourable terms of cooperation for potential investors. The regional investment and innovations minister, Denis Butsaev, revealed recently that within SPIC incentive programme Daimler would be granted a lower rate of income tax for a period of ten years.

The steps needed to support Russia’s automotive logistics sector as the market returns to growth will be at the heart of discussions at this year’s Automotive Logistics Russia summit on July 5th in Moscow.