The world’s F1 series evokes an image of speed, precision and prestigious podium finishes. However, behind the scenes is a labyrinthine logistics effort. Victoria Johns finds out more from the team keeping Renault on track 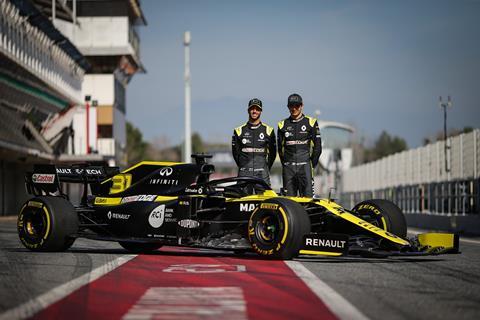 Spanning more than 20 countries and five continents, Formula 1 requires a slicker than average supply chain. Multi-modal transport issues, managing environmental impact and transporting emergency parts to the race and test teams are all par for the course.

French vehicle maker Renault has been associated with F1 as both constructor and engine supplier since 1977 through its Renault Sport division. Its current Renault DP World F1 Team consists of the Renault R.S.20 chassis, developed and manufactured in Enstone, UK, while the Renault E-Tech 20 power unit is developed in Viry-Châtillon, France.

The 2020 F1 calendar was originally scheduled to feature a record 22 races. However, the outbreak of the Covid-19 pandemic caused extensive disruption to the series. Many races were cancelled, others rescheduled, and some new events added to make up for lost ones. The season finally got underway on July 5, with the Red Bull Ring hosting the Austrian Grand Prix as the opening round of the championship.

Logistics can become complicated for the Grands Prix held outside of Europe. The way in which everything is shipped depends on a variety of factors, including the distance between venues and the amount of time available. Paul Seaby, Renault Sport’s race team factory support manager, drills down into the detail of how one of the world’s largest sporting events moves between countries on time.

Part of the process
“For intercontinental races, we send to each race event 32 metric tons of airfreight that we pack in containers that fit into the seven Boeing 747 cargo planes used by DHL; each aircraft has a capacity of 130 tons,” says Seaby. “With back-to-back intercontinental races, approximately 250kg of car parts return to the UK as hand luggage to be serviced before being turned around. Heavy structures like garages, catering, cables and consumables are sent by sea freight to reduce costs and carbon footprint.”

”Our logistics experts have to cope with the fact that an F1 car is a constantly evolving machine. Production plans in both composites and machine shop change several times a day to respond to this constant innovation cycle” - Paul Seaby, Renault Sport

Seaby says five sets of these structures go out in January and come back to the UK from July to December. In Europe, single-seater vehicles and all spares travel in 16 semi-articulated trucks, five of which are dedicated to hospitality. Six more trucks are for engineering offices, one for technical and spares, two for race team support and one is the race team trailer transporting the actual F1 cars.

According to Seaby, the challenges of the complex F1 supply chain are dealt with using “perfect organisation” that has evolved through years of practice. “Our logistics experts have to cope with the fact that an F1 car is a constantly evolving machine,” he says. “Production plans in both composites and machine shop change several times a day to respond to this constant innovation cycle. New components, even as large as a front wing, may have to be transported at short notice.”

To navigate this schedule, Seaby reveals it is not unusual to send out colleagues to the race with more than ten suitcases of parts. There are also the so-called ‘visa victims’ who are ready to depart at short notice if needed.

Best of both worlds
Renault Sport has partnered with global logistics company DP World to increase its supply chain efficiency while mitigating the environmental impact of their operations. Together with seeking success in Formula 1 through the newly named Renault DP World F1 Team, the companies will collaborate across multiple disciplines. Parent company, Renault, has also signed up to the partnership.

“The partnership has been created to support two key objectives: the first objective is to help DP World build its credentials and capabilities as a leading provider of an end-to-end innovative logistics solutions for businesses within the global automotive supply chain. The second objective is to align DP World with Groupe Renault, which is part of the world’s biggest automotive alliance,” says Seaby.

”For intercontinental races, we send to each race event 32 metric tons of airfreight that we pack in containers that fit into the seven Boeing 747 cargo planes used by DHL; each aircraft has a capacity of 130 tons” - Paul Seaby, Renault Sport

“It will allow DP World to grow its brand awareness by leveraging the global exposure provided by F1 racing and to work with Renault to share knowledge and expertise, develop joint research and development (R&D) ventures, and collaborate on engineering projects that will help build workforce skills and capabilities.” 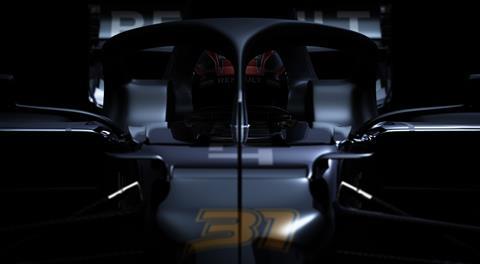 From racetrack to road
Renault Sport has also teamed up with chemical company DuPont to develop new technology for Renault’s Formula 1 racing team and other racing programmes. The two brands will collaborate on materials solutions for hybrid and electric powertrain systems as part of a multi-year strategic technical partnership.

“We all know that the automotive industry is changing at an unprecedented rate and there is a rapid need for new materials, and we’re seeing that as an opportunity to fast track our development,” says Carlo Fiorella, global market manager of automotive at DuPont. 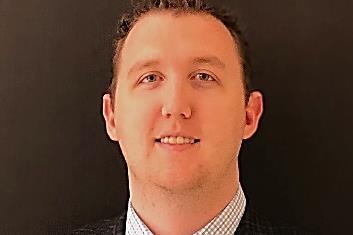 “F1 vehicles are the world’s most advanced hybrid electric cars,” he notes. “We have so many developments in automotive electrification and F1 is a development testbed. We have a lot of products that we might use in the aerospace industry that would never enter into the realm of typical road car automotive, but now when we’re working with the F1 team, we have a true partnership where they push us for more advanced technology and material.”

The partnership will work to develop technology for consumer and road car applications. DuPont’s Kevlar fiber, commonly used in bulletproof vests, is already used in the tyres and bodywork of Formula 1 cars, while its flame-resistant Nomex paper is used inside the car’s energy recovery system to provide electrical insulation and help protect drivers in case of a fire.

Laboratory on wheels
“Every F1 car has a fuel cell protected by Kevlar,” explains Fiorella. “Now that we’re going into road cars and we have batteries, we’re looking at what can we do to protect the battery. There’s a lot of things to learn from safety, performance, sustainability and efficiency that we’re going to translate into road cars.”

Considering a typical automotive test cycle is measured in years, not weeks, Fiorella says one of the advantages of working with F1 is the speed at which testing is carried out. “It’s pretty incredible for us to have the ability now to test something in a matter of days. That is something we will translate to the road car in short order,” he says. “We might be able to turn something around once it goes through the required testing and validation in a matter of months versus a multi-year multi-generation project.”

”We all know that the automotive industry is changing at an unprecedented rate and there is a rapid need for new materials, and we’re seeing that as an opportunity to fast track our development” - Carlo Fiorella, DuPont

Using material scientists and state-of-the-art testing conditions, F1’s so-called laboratory on wheels looks on track to enable the development and acceleration of new technology to future road car applications. Fiorella concludes: “We intend to fast track product development from the extreme environments of Formula 1 racing to the electric vehicles of the not-too-distant future.”