The rise of near (and far) sourcing

There is currently much discussion about the re-shoring of manufacturing ‘home’ to the US, with reports of companies bringing back production of products ranging from high-tech gadgets to garments.

The automotive industry has been no exception to such anecdotes, with both American and foreign manufacturers investing in US-based manufacturing. The disruptions that followed the Japanese earthquake and Thai flooding, along with a volatile yen, have encouraged Japanese OEMs to base more of their supply chain and production in North America, for example.

However, while studies and data suggest more interest in US manufacturing, the reality is complex and varied, with many companies choosing to ‘near-shore’ in Mexico. As some components return from Asia or elsewhere, others are increasingly being imported, driven by supplier capacity shortages in the US, global platform manufacturing or lower total costs. Official US government figures show the total value of production and aftermarket automotive parts imported to the US rose nearly 14% last year to $124.6 billion, which is more than 20% higher than the pre-crisis imported value in 2007, despite similar levels of production. The trade deficit between imported and exported parts also increased last year to almost $50 billion.

There are, however, many signs of positive sentiment for producing in the US. A recent survey by US-based consultancy, which included 137 executives from 10 industries in the US, including automotive, revealed that near-shoring was either ‘very’ or ‘somewhat’ important to 84% of respondents, up from 53% last year.

The survey also suggested the US had reached parity with Mexico as an attractive sourcing location, as the same percentage of respondents (37%) chose the US as their preferred sourcing location as they did its southern neighbour.

Some automotive advertising has even put a premium on US-built vehicles. “The best example is Chrysler’s ‘Imported from Detroit’ campaign, which would be awkward if at least some of the car wasn’t assembled in Detroit,” he said. The Chrysler 300 featured in the adverts, incidentally, is manufactured in Brampton, Ontario, although many parts are indeed from Michigan and the Midwest.

While Mexico has a cost advantage over the US, security fears may limit its potential. Stephen Maurer, head of the manufacturing practice at AlixPartner, pointed to a tier one client that built a plant in Mexico near the US border. “But it is sitting empty, as none of the company’s US staff wants to go and get the plant started,” he said.

The US has also been narrowing its total cost gap for sourcing compared to countries like China. AlixPartners and Boston Consulting Group have predicted that the US could reach parity in this regard with China by 2015 as labour and logistics costs rise, and the RMB gains in value. The Chinese currency has appreciated 30% versus the US dollar since 2005 and is expected to gain another 20%.

But while the US is increasingly competitive, the story is not simply one of manufacturing returning ‘home’. Mexico’s strong manufacturing base and its proximity to the US make it highly attractive. China, meanwhile, will remain competitive in certain segments of the supply chain.

“US executives who salivate over wage differences will often find in a full analysis that for more process industries, like steel, aluminium or copper, the cost of labour is somewhat trivial in the total cost equation,” said Finley.

But the US won’t compete on landed cost for every component. China has more than doubled its share of small injection mould parts and plastics in the US since 2005, according to Maurer, despite higher wages and currency costs. These products are less dependent on cheap labour than they are on production equipment, while they also have low logistics costs. “China has a lot of low-cost domestic tooling for production, while the parts aren’t expensive to ship and there is no big duty on them [entering the US],” Maurer said.

Meanwhile, complex parts, such as drivetrain assembly, are being sourced more in Mexico. “In 2005, Mexico had a 3% share of drivetrain parts [for US production] and it has reached 12% today,” said Maurer. “It’s a combination of having a low cost structure and being able to carry low inventories with a shorter supply chain.”

Although excess capacity in modes such as container shipping and air freight has depressed rates and lowered logistics costs, Finley pointed to companies’ now having a more comprehensive visibility on supply chain costs. Relatively new roles such as ‘supply chain officers’ look more carefully at the impact of shifting locations, he said, including inventory and the cost of disruption and engineering changes. If you pull these together with transport, he suggested, supply chain costs have risen substantially.

“Together with healthcare, supply chain costs have escalated more rapidly than others and will stay in focus,” Finley said. “If they get so onerously high that companies can’t price them into their products, then supply chain managers will mitigate costs.” 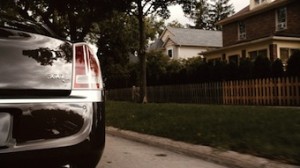 The highly trained and competitive supplier base in the US is making it an attractive location for manufacturers, but it would be too simple to say that the future supply chain will be more American. Global platforms have led to greater links between continents as OEMs single source certain parts. Mexico and China have strengths that will be tough to compete with, particularly as each sees more automotive investment. Although it is expanding, it is too soon to say how much manufacturing will return to the US. Much growth has been among companies who halted production but didn’t scrap the equipment, said Mauer. An OEM or tier supplier that would have to construct new buildings and buy tooling appears more likely to go to Mexico.

“If China is still okay and there is a significant switching cost, supply stays there. If there are business reasons for being close, then Mexico is very favourable,” he said. “Most of the cases where I’ve seen supply coming back to the US, it’s because the capacity is still there.”

*This article has been updated from an earlier version. Stephen Maurer's name had been misspelled. It was missing the first 'r'.