Yazaki is taking a more strategic and coordinated approach to the automotive supply chain as it continues to stabilise production in the wake of the coronavirus crisis. Bo Andersson, Yazaki’s president of Europe and CEO and president of North America, says the company is looking for opportunities to consolidate and improve logistics planning and control, including through the use of third party logistics (3PL) providers, greater localisation, communication and inventory planning

Yazaki is taking a more strategic and coordinated approach to the automotive supply chain as it continues to stabilise production in the wake of the coronavirus crisis. Yazaki manufactures wiring harnesses, instruments and components, such as connectors and terminals, for global carmakers including Toyota, FCA, Ford, GM and Honda. To improve its service offering for those customers the Japanese tier one supplier is also looking to minimise the more systemic problem of line disruption amongst its own supply base. 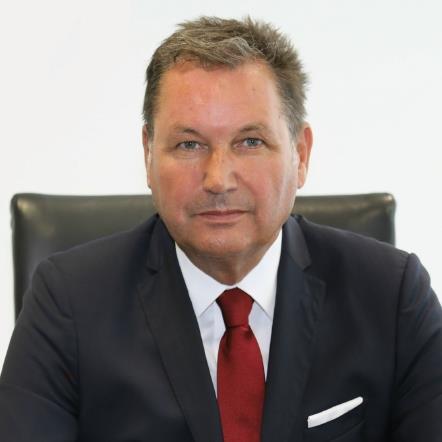 Moreover, as Bo Andersson, Yazaki’s president of Europe and CEO and president of North America, told delegates at last week’s Automotive Logistics and Supply Chain Live conference, the company is looking for opportunities to consolidate and improve logistics planning and control, including through the use of third party logistics (3PL) providers, greater localisation, communication and inventory planning.

Andersson is responsible for roughly 140,000 people in 28 countries and said managing a company with the size and complexity of Yazaki has not been the easiest job since the disruption caused by the Covid-19 pandemic. However, in the main Yazaki has maintained production and is back to 85% of revenue and roughly 55% profitability compared to pre-Covid levels.

A proactive, risk-averse approach to the crisis has helped the company to adjust quickly, according to Andersson.

“I asked team members to connect from day one with the local health authorities. We have been doing a good job…[.] We were not taking risks and we have been much better off than most of our competitors regarding people being sick and having fatalities,” he said.

Andersson was also keen to highlight the efforts of Yazaki’s plant managers in reacting fast and helping to create a global command centre.

“Many of them have risen to the challenge and I thank them for what they are doing,” he said. “We quickly created a global command centre and we have now had more than 100 meetings, sharing best practices twice a week and cascading them. We make sure that we have one set of data on how we are performing.”

The company has had problems with shutdowns in Portugal, at its plant in Ovar, and Mexico, where it has multiple factories in the state of Chihuahua. Yazaki was reported to be cutting 20% of its workforce in Mexico in May but Andersson said it had put 5,000 at risk workers on paid furlough. He said with government recognition of Yazaki’s importance to the local community it had the support required to secure the future of the business.

Regional ramp ups
The ramp up of production following the reopening of the vehicle plants has brought its own challenges regionally given the different strategies Yazaki uses in North America and Europe.

“From June, when we started coming back in North America, we have been shipping roughly 80% from inventory,” explained Andersson. “The important things is we have not been impacted. On the other hand in April, and May we had very little revenue and we were sitting with a lot of [aftermarket] inventory.”

Yazaki has 27 distribution centres in Mexico and the US, which have continued to operate through the crisis.

“In Europe we have a very different business model,” Andersson went on. “With most of our German OEMs we have 80 hours to build and ship, [as with] the harness that goes into a BMW 7-Series, for instance. In Europe we are working in sequence-centred operations.

While that build-to-order strategy has benefits there is also the risk that disruption to suppliers can stop or slow operations more easily compared to working off the higher inventory model that it has in North America.

Dealing with the disruption caused by the coronavirus revealed that in certain areas Yazaki was not optimally sourcing certain components.

“Now we are looking at everything we buy and asking whether this is an optimal strategy,” he said. “Is it fitting with our total cost principle? We are trying to localise as much of our supply in the region it is built.” 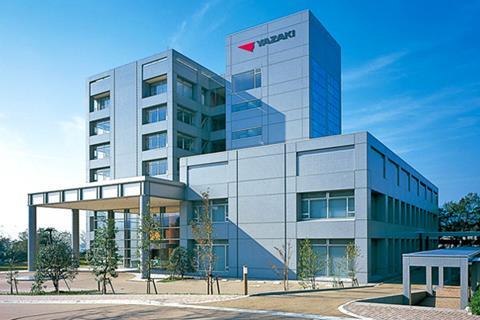 Yazaki is looking for opportunities to consolidate and improve logistics planning and control, including through the use of third party logistics (3PL) providers

Dodging downtime
Regardless of the disruption caused, Yazaki has maintained production and avoided linestops. Avoiding linestops is something of a founding principle for Yazaki and there have been none in Europe for 12 months, according to Andersson, with only one in North America over the same period.

“We don’t want to have a linestop for our customers,” he said. “We pride ourselves on that.”

Now Andersson is turning his attention to Yazaki’s own suppliers with the intention of reducing any production downtime and avoiding costly consequences. He gave a sobering example of one supplier that had 177 line stoppages last year, which meant Yazaki had to resort to premium freight services to make up the shortfall, as well as spending on overtime for staff, as it maintained production for its OEM customers.

“We have many opportunities to show that you can do a better job,” Andersson said, addressing the delegates at ALSC Live. “We are going much more after 3PL solutions instead of having our own warehouses. We are very focused on reducing our inventory but also focusing on localising.

The company is also looking to become more competitive on sequencing.

“A very big piece of our cost is spent on material logistics, warehousing and distribution…[.] If we can build the component, such as a cable terminal, ourselves, we can be part of the design of a harness. If we can build them in our plants, we can sequence them into the customer.”

Looking ahead Andersson said the industry was bound to see more consolidation and larger global companies, citing FCA and Groupe PSA’s merger as a prime example that would create a company with huge buying power.

“On the other hand they will expect more from their partners,” said Andersson. “What we hear more and more from our customers is that they want the suppliers to take more risk and invest more money. I’m ok with that if we can make money at our end.”

The biggest challenge for the company in the short to medium term is adapting to the situation and to succeed Andersson believes the company has to adapt fast and generate new business models.

“I think there is a lot of opportunity to show that you can add value, that you can do it faster and do it differently,” he said. “That is what we are striving for at Yazaki, day in and day out – how can we make a difference, how can we bring more value to our customers and how can we use this situation as a big opportunity to become stronger.”

The benefits of experience

Andersson brings a wealth of experience to the role at Yazaki. He was at GM Europe for 21 years and during his time there was global vice-president of purchasing and supply chain. After that he moved to become the president of Russia’s Gaz Group and made some radical changes to return the company to profitability over a five-year tenure. They included eliminating underperforming product lines, cutting the headcount of the company by 50,000 and localising production. He then went on to head rival Russian vehicle maker AvtoVaz in 2013 and carried out a similar programme of optimisation, including a restructuring of the supply base.

Since he joined Yazaki in 2017 as president of Europe (adding president and CEO of North and Central American in March 2018) he has learned three important lessons in Japanese management: a passionate commitment to be being the best supplier for the customer; the importance of spending time on the shopfloor; and showing respect for employees.

“If you look at these three things it takes you a long way,” he said. “It is hard work but what we have in common is that we are not afraid to work. In Japan it is not uncommon that you work 14 hours a day.”

That learning at Yazaki is a two-way street however, and the lessons Andersson learned at GM and in Russia has led to a no-nonsense approach to making changes.

“I have surprised the Japanese with my brutal honesty and sometimes I need to apologise but they like to hear it as it is,” he admitted, adding that he writes a straightforward weekly account of what went well and what didn’t in his areas of responsibility.