The Mexican Tax Authority (SAT) has spent this year trying to bring in a new system designed to secure revenue on all Mexico-billed shipments of products. The Carta Porte specifies rules of compliance for every step of a product’s journey and each transport mode used, with penalties or seizure for non-compliance.

Taxing the movement of goods in Mexico is a complex issue, which SAT determined was not being administered correctly. To prevent the perceived loss of tax revenue, it introduced the Carta Porte rules to ensure that every stage of a product’s journey, no matter how casual, is reported and given an administrative handshake on to its next stage. 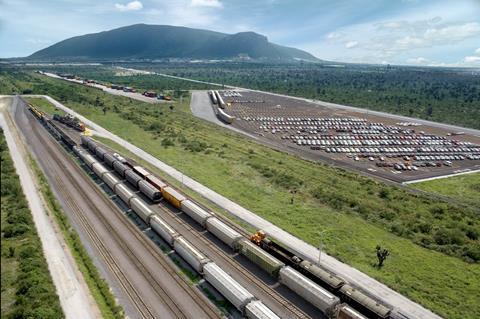 The legislation applies whether shipping containers of goods internationally or informally moving produce around in a farm vehicle. One of the aims of the system is to regulate the casual movement of goods. For the vast majority of automotive shipments this would not normally apply because logistics providers and OEMs already track pathways of goods from port to factory.

However, proving that a product’s provenance is known is no longer sufficient: the very specific formats of Carta Porte must be adhered to in reporting movements or a shipper can face penalties, including fines and potentially even seizure of goods.

A difficult timeline
There has been a lack of clarity around when the Carta Porte was actually going to be enforced. Originally, introduced in January 2022, it initially wasn’t obligatory until March 31, 2022, to give transporters and goods handlers a chance to comply without facing costly consequences.

That trial period was subsequently further extended to the end of September 2022. The extension was given when it became clear that many handlers were not prepared for the introduction. This extended trial has further confused the legislation, with some (especially casual) goods handlers not realising that it is now non-optional, regardless of whether the handler is a first or third-party carrier, or how apparently lightweight or inconsequential the cargo might seem.

The implementation of the Carta Porte tax system and what it means for the automotive industry in Mexico will be under discussion at this week’s Automotive Logistics and Supply Chain Mexico conference, which runs from November 15-17 in Mexico City

In principle, the trial period was intended to help anyone engaged in the movement of goods to set up systems for issuing the Carta Porte documentation. However, as anyone in logistics knows, even if a company is tracking goods, the work to create a parallel system that stores the information required by the Mexican government is likely to take longer than nine months.

A Carta Porte needs to be issued for every stage of each journey, which is already a significant administrative demand. To further complicate matters, there are significantly different reporting requirements depending on the transport mode used.

Official government advice to ensure compliance with the process states that the easiest way is to identify what goods are being moved and their precise route, across which modes of transport, then fill in the Carta Porte accordingly. If the world was that perfect, however, logistics would be a substantially easier industry.

Making the matter worse, the contingency extensions to enforcement have led many companies to believe that Carta Porte has yet to take effect, even though that actually happened on September 30. As yet, there have been no consequences for non-compliance and further delays or revisions to the rules risk making the situation more unclear or breeding complacency.

Rules of compliance
The government has issued a list of taxpaying customers who are already compliant with (or have, at the very least, been using a government-issued portal for) Carta Porte. That list is compiled of logistics providers who issued invoices through the Carta Porte chit generation service during January and February this year, prior to it being enforced. That may seem like unfair inclusion criteria, given that at the time there was no obligation for companies to be issuing such tax invoices.

The 60 organisations listed range from transport providers such as Mexican Railway to logistics companies, such as DHL, to those handling goods for their own use, such as supermarket chain Oxxo.

For most logistics providers moving automotive goods, keeping track of of them as they are moved around would be considered normal, or at least a desirable goal of digitalisation. However, the granularity of the Carta Porte goes beyond checking freight off a ship and into a warehouse. Every form of transport, the party responsible and even the mileage must be logged, in the format that the Mexican government requires.

As mentioned, different details are required depending on the mode of transport, which requires specific knowledge to comply with the legislation. Road, rail, sea and air transport all have different reporting requirements and different tariffs. Global logistics continues to be affected by disruption and planning for what will be moved where and how is subject to last minute contingencies.

One unexplored consequence of pre-planning Carta Porte compliance is over-invoicing. If a planned shipment is supposed to contain a mix of goods including higher-tax-value items but those parts do not arrive, the Carta Porte slip could technically be incorrect, relative to what is actually eventually shipped. This places compliance with the legislation at the transfer point of a shipment, creating a system ripe for delays and risk of accidental incorrect inclusions.

Fines for breaches are relatively small for large-scale providers and clients. A possible penalty of 4,000 Mexican pesos ($206) is unlikely to be a deterrent beyond small businesses. However, the risk that goods could be held by authorities while corrections are made to a Carta Porte slip or even, as is one possible option, seized altogether, are more of a concern for carmakers already fighting with parts shortages.

Although the process and consequences of non-compliance have yet to be revealed, with no case being enforced (as of publication), the assumption must be that Carta Porte is here to stay unless it proves to be unusable.