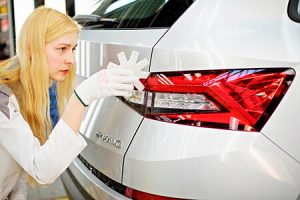 The production and export operations of Gaz Group in Russia remain up in the air, after the US first imposed and then delayed sanctions against its owner Oleg Deripaska this month.

Deripaska was as one of seven Russian businessmen and 12 companies targeted by the US in early April in response to recent “malign activity” by Russia, including alleged interference in the 2016 US election. In addition to Gaz Group, Deripaska is also the owner of Rusal, a major supplier of aluminium to most of Russia’s vehicle assembly plants.

Statements from the US Treasury this week, however, indicated any sanctions against Rusal could be delayed by as much as six months and may never take effect if negotiations were concluded before then.

The action by the US left the 12 companies involved facing problems with exports to all markets, not just the US, according to Alexey Panchic, a partner in the legal firm Herbert Smith Freehills. Any payment made in dollars to a company subject to sanction, including Gaz, could be suspended when passing through a US bank, he said.

Gaz Group exports vehicles to the US, Africa, Middle East, and South-East Asia, according to the company’s website, generating 156 billion roubles ($2.5 billion) in revenue in 2016 from such exports. The carmaker has not revealed what share of that was accounted for by the US market.

In a statement on its website, Gaz said it was aware of its inclusion in the US sanctions list and “felt bad about it”. The carmaker has instructed its lawyers to look into the situation and said it had banned exports of its finished vehicles to the US market in response, as well as stopping all other trade with US companies.

Gaz Group partners will also face some challenges in Russia if the sanctions go ahead, including Volkswagen, for which Gaz assembles VW and Skoda brands at its plant in Nizhniy Novgorod. It also assembles Sprinter Classics for Daimler at the plant.

VW has already expressed concerns about the sanctions. Speaking at a press conference on April 13, VW’s chairman Herbert Diess said the possible sanctions were a concern and that if sanctions against Gaz were applied, VW would have to review its business relationship with the Russian vehicle-maker.

During a round table convened to discuss the recently imposed sanctions on April 12, Natalia Mikhalchikova, a senior analyst at Russian consultancy Alpari, said the US sanctions could put an end to the partnership between Gaz Group and Daimler. Daimler was not available for comment.

Rusal supplies aluminium to almost all of Russia’s assembly plants, including to Ford. Rusal is also the parent company of Skad, Russia’s largest manufacturer and exporter of alloy wheels, which supplies products to Ford Sollers, VW, Peugeot-Citroën, Mitsubishi, Toyota and Kia. Skad exported nearly 40% of its products in 2016.

On Monday this week, the US Department of the Treasury said that under General License 14 it had extended the sanctions ‘wind-down’ period to October 23, allowing Rusal and its subsidiaries to maintain business in accordance with pre-existing guidance from the Office of Foreign Assets Control (OFAC), and that as a result, OFAC would not impose secondary sanctions during that period.

“Rusal has felt the impact of US sanctions because of its entanglement with Oleg Deripaska, but the US government is not targeting the hard-working people who depend on Rusal and its subsidiaries,” said Treasury secretary Steven Mnuchin. “Rusal has approached us to petition for delisting. Given the impact on our partners and allies, we are issuing a general licence extending the maintenance and wind-down period while we consider Rusal’s petition.”

It is not yet clear just where this leaves Gaz vehicle production or exports, or what steps Volkswagen might now take.