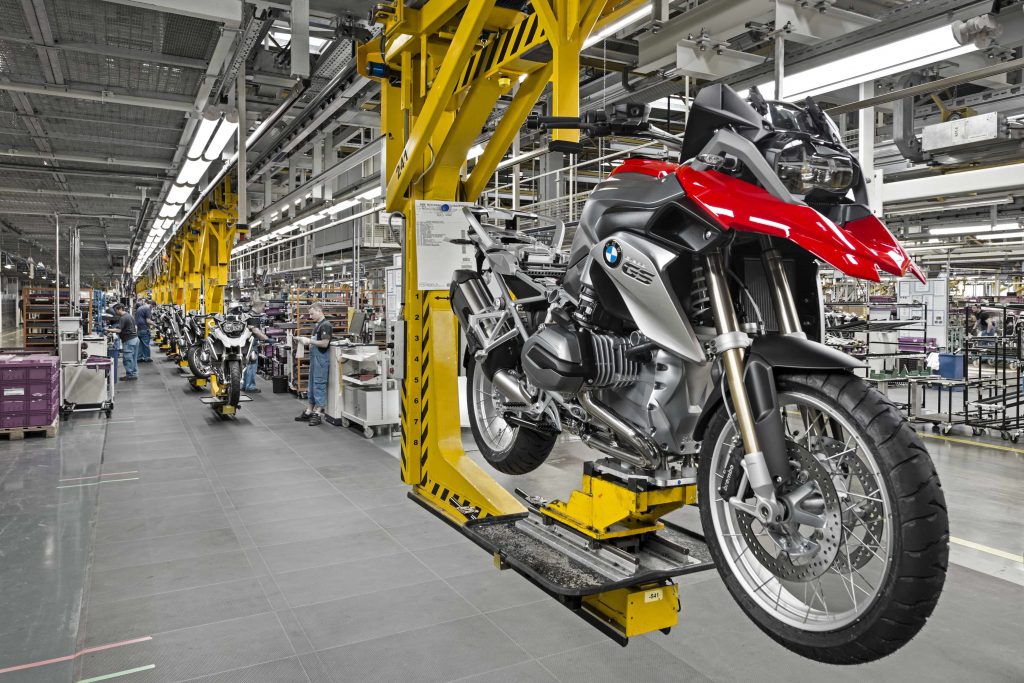 From sales drops to shifting uses in different markets, the outbound demands for two-wheelers are changing

Vehicle logistics in Europe is, of course, not limited to passenger cars, SUVs, vans and trucks, even if collectively, these products account for a huge majority of the products that specialised car carriers, shipping lines and rail wagons are designed to move. There is plenty of tonnage of ‘high-and-heavy’ equipment, such as excavators, backhoes, diggers, and other construction and agricultural equipment. Such vehicles may not usually fit on a car-carrier truck or multilevel wagon, but they tend to share at least some legs of the outbound supply chain with cars and trucks, for example shipping by ro-ro vessels and moving through specialist port terminals.

Motorcycles on the other hand, fall into something of a different category across Europe. They are hardly, if ever, transported in any of the same equipment as four-wheelers; even if they are imported in fairly large volume from other regions, they are not typically shipped aboard ro-ro or pure-car-and-truck carriers. And although they are handled by some of the same logistics providers that dominate the vehicle logistics industry, such as the Gefco Group or BLG Logistics, they tend to be part of divisions that overlap more with break bulk or pallet-based services than they do cars.

Although the dynamics of the motorcycle sector are changing in Europe – notably to one of considerably lower scale and volume, especially compared to the giant two-wheeler markets in Asia – it remains an interesting example of logistics specialisation. The lessons might be limited for other segments of vehicle logistics – or even between different motorcycle markets – but they do demonstrate how logistics providers can help their customers adapt to changing consumer needs, including by developing and designing bespoke methods and equipment, such as specialised packaging and racking, that fit the needs of new dealer networks or buying patterns.

The European motorcycle market has had a torrid time since the 2008-2009 recession. According to the European industry body, the Association of European Motorcycle Manufacturers (ACEM), new motorcycle and moped registrations in the European Union totalled 1.21m units in 2015 – or just under half of 2007’s 2.43m sales. 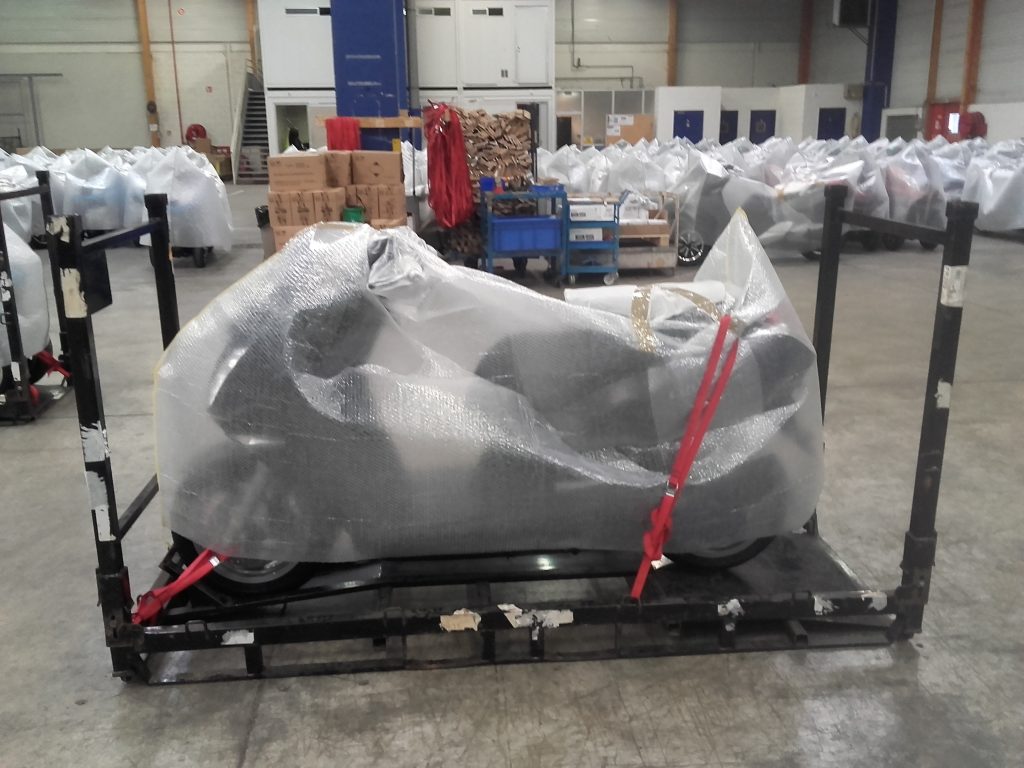 Gefco ships different types of two-wheelers in different ways, including the use of its own patented protective, stackable cradle for transporting scooters.

Aggregate sales figures don’t tell the whole story of this specialist sector; nor do they hint at the significant changes taking place in the logistics flows that transport newly built motorcycles from the assembly line to the dealer.

Though it was never of a scale and volume to match the car industry, European motorcycle production has declined precipitously to become highly niche, falling from 1.4m units in 2007 to fewer than 500,000 units in 2013 (the last year for which full figures are available). A growing proportion of European motorcycle sales, therefore, are of bikes imported from other regions, rather than bikes that were built in local plants.

What’s more, according to ACEM, the mix of motorcycles being sold has been shifting more towards higher-end motorcycles rather than entry-level mopeds, the choice favoured by those budget-conscious consumers reluctant – or unable – to purchase a car. European moped sales during 2015 fell by 5.5% from 2014, to around 325,500 units, continuing the decline of earlier years. 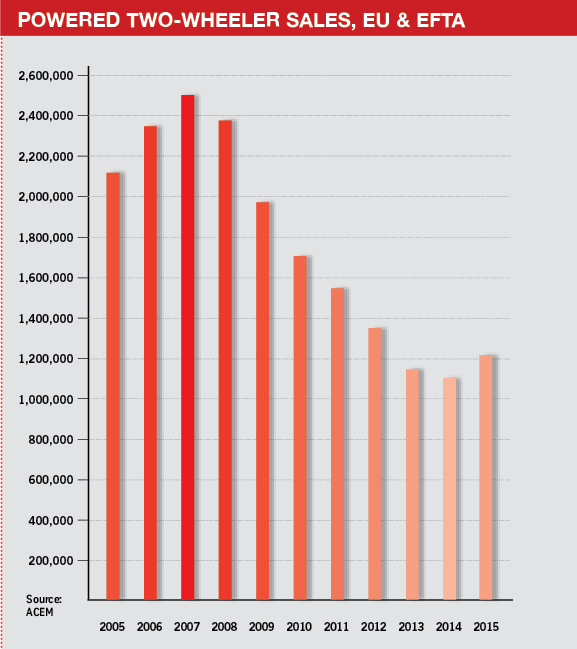 “We still need to wait until July 2016 to assess whether this is a real recovery, but the sector seems to have regained momentum in 2015,” ACEM secretary general, Antonio Perlot, said in a statement. “Overall, 2015 was a very positive year for the industry”.

Despite these signs of life, the gulf is increasingly widening between Europe’s motorcycle markets and those of Asia, with each sector on a completely different trajectory. Analyst firm MarketLine points to China, India and Indonesia as the top three global markets respectively for motorcycle sales, and Asia Pacific as a whole accounts for 80% of all global new motorcycle sales by volume.

“Motorcycle owners in the west and east use their bikes for very different purposes,” says MarketLine analyst Goska Kafel. “Riders in the West now use their bikes more for leisure, while riders in the East are more focused on personal mobility, going some way to explaining why the Asia Pacific region is expected to dominate the global market for the foreseeable future.”

This shift has been leading to ownership and production changes. Last year, for example, India’s Mahindra bought a controlling 51% stake in Peugeot’s scooter division. There has been a dramatic impact on the region’s finished motorcycle supply chains as well, stretching right back from the end consumer and the dealers who they buy their bikes from.

As the focus shifts from motorcycling as a primary means of transport to motorcycling as a leisure activity, market expectations and buyer behaviour have changed significantly, notes Emmanuel Arnaud, vice-president of commerce and marketing at Gefco, Europe’s largest logistics distributor of motorbikes and scooters, which handles shipments to dealers on behalf of brands such as Yamaha, Triumph, KTM and Peugeot.

“The market is extremely seasonal,” Arnaud says. “March to July is when most bikes are sold, with sales during the rest of the year being fairly flat. Following the collapse of the market, with volumes halving since 2007, single-brand dealers located in city centres have almost completely disappeared. These days, the tendency is for out-of-town dealerships in shopping centres, either as multi-brand dealers selling several brands in one showroom, or a number of single-brand dealers in the same shopping centre, forming a ‘motorbike village’.”

Customer expectations regarding delivery lead times have grown more challenging, despite the collapse in unit sales.

“When people order a bike, they want it quickly,” says Arnaud. “Typically, they’ll order a bike during a shopping trip on one weekend, and expect it to have been delivered and made ready for them by the following weekend. As a logistics provider, it doesn’t offer much scope to consolidate shipping volumes: we have to be efficient at delivering a single bike to a dealer.” 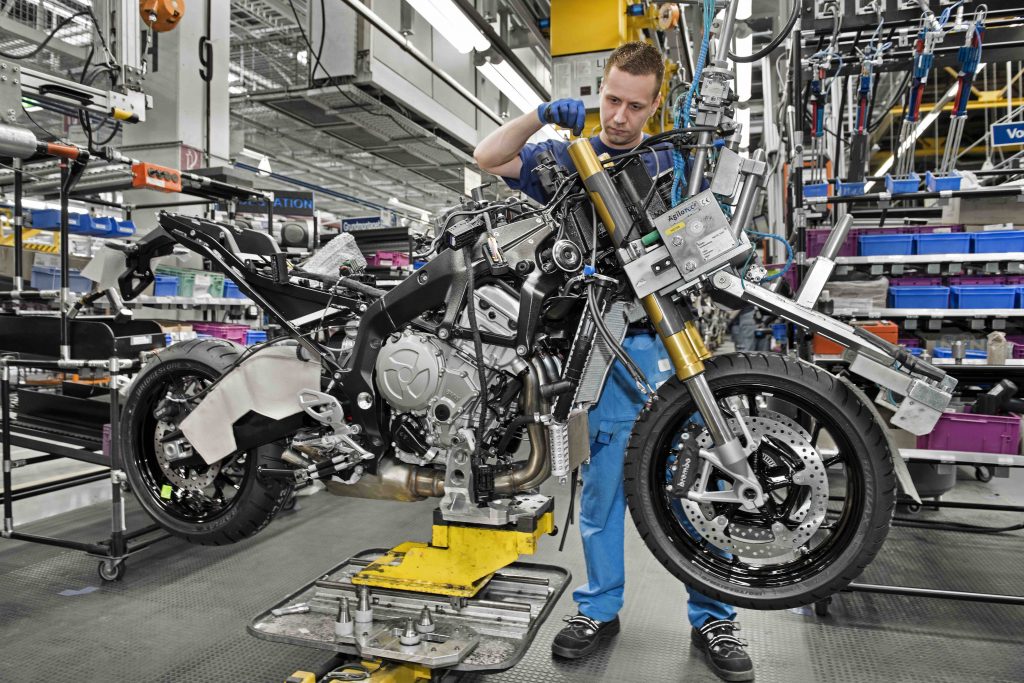 Customer expectations regarding delivery lead times have grown more challenging, despite the collapse in unit sales.

Consequently, Gefco has become adept at combining motorcycle logistics flows together with other types of material and products, to help make these low-volume deliveries more economical.

“The strength of the Gefco proposition is our ability to optimise our ‘last mile’ delivery, carrying multiple brands and, wherever possible, other cargoes as well, such as car components or fashion products,” he explains. “So the move to multi-brand dealers and ‘motorbike villages’ has helped, by bringing brand deliveries physically closer together.”

That said, he adds, the move to out-of-town deliveries has tended to minimise the requirement for one part of the pre-2007 Gefco proposition: packaging waste management.

Typically, notes Arnaud, Gefco deliveries of imported motorcycles to city-centre dealers include a stipulation that the carrier minimises the amount of packaging dealers must store or dispose of. This is achieved either by delivering the bike ‘naked’ from the nearest depot, or unpacking it on the tailgate, and handing over to the dealer without any of the cardboard, foam, plastic and wooden pallets that are often involved in the delivery.

With out-of-town deliveries, space is at less of a premium, so although individual contracts may call for Gefco to remove packaging waste, it is more usual for dealers in such locations to handle waste themselves.

However, there are no hard-and-fast standard approaches in motorcycle shipping, and much depends on the bikes in question, their origin, and on individual manufacturers’ preferences, Arnaud says.

Shipping practices that might be appropriate for smaller, budget bikes, are often unsuitable for heavily customised, or even built-to-order, high-end motorcycles that might cost nearly the same as – or more than – a small car.

For Gefco, there are quite different processes for delivery depending on the type of motorbike in question. Smaller ‘commodity’ motorcycles might be shipped inbound to Gefco three to a pallet, for Gefco to ship to dealers either as break bulk or as a pallet load. High-end bikes are shipped in individual stackable cradles – the property of the individual motorcycle manufacturer – which can then be folded down and returned to the OEM in question.

For scooters, Gefco has designed and patented its own protective stackable cradle, capable of being stored in stacks at Gefco depots, as well as transported stacked during shipping.

“Damage avoidance is the number one priority,” Arnaud sums up. “Compared to car dealers, motorcycle dealers have more limited paint and bodyshop capacity, so they are less well-equipped to deal with damage. And bikes themselvesare more fragile, with every dent or scratch being more ofan issue.”

All of these delivery processes contrast significantly with Gefco’s small-but-growing motorcycle logistics operations in the huge Indian market, where volumes are of a very different scale, and where Gefco handles shipments for Hero (the market leader), Honda and Mahindra brands. 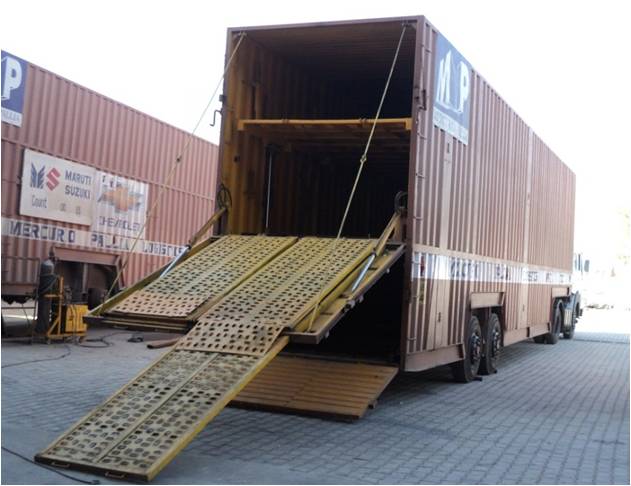 A Gefco India triple-decker truck-trailer combination, with a collapsible second deck that enables them to be used to carry cars on return legs.

Hero Motocorp, a former joint venture with Honda, has a 46% share of the market, with its four plants producing over 6m units a year. Production of a single model – the 97cc Hero Splendor – exceeds 1m units a year, or nearly twice as many as Europe’s total manufacturing volume across all models and brands.

In India, Gefco employs two modes of transport for motorcycles: two-deck trucks with wheel dents and lashing points, generally customised to a particular model; and a triple-decker truck-trailer combination, with a collapsible second deck that enables them to be used to carry cars on return legs, Arnaud says.

“It’s an extremely productive means of transporting bikes, and at present, even though the trucks can carry cars on the return leg, we’re using them for bikes both ways,” he says.

However, just as the Indian and European markets are themselves hugely different, with limited overlap in product and processes, so too is it with Gefco’s logistics solutions across them.

“The triple-decker configuration is an ‘India only’ option, due to the four-metre international height limit in Europe,” says Arnaud. “Each deck needs one metre for bike storage, and it’s just not possible to fit three decks and remain within the limit. In India, it is possible because there isn’t a four-metre limit.”

The differences between the Indian and European approaches to transporting two-wheelers reflect the vastly different scale and demands of each market. But for a logistics provider like Gefco, finding the right solution for each customer is essential, as it changes with those needs in the face of fast market and consumer evolution. Things may be changing quicker in the motorcycle industry, but such flexibility is no less important for other logistics sectors, including finished vehicles.