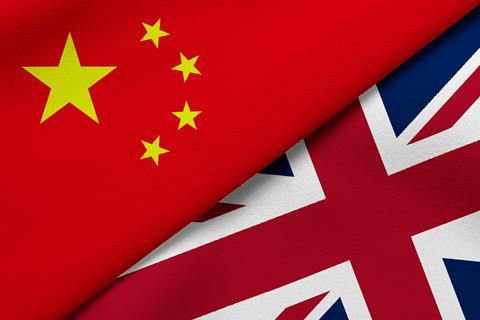 The Society of Motor Manufacturers and Traders (SMMT) has signed a cooperation agreement with the China Association of Automobile Manufacturers (CAAM), designed to develop mutual understanding and cooperation between the automotive industries in each country, and to create new business opportunities.

China is the world’s biggest automotive market and registered more than 23m vehicles in 2018. It is also a key export market for luxury brands made in the UK, including Aston Martin, Bentley, Jaguar Land Rover and McLaren. The Mini brand is also popular there. China imported 75,749 vehicles from the UK last year, making it the third-biggest market for UK vehicles after the EU and the Americas.

At the same time, according to the SMMT there were more than 10,000 Chinese-made cars registered on UK roads last year.

“The UK’s doors are well and truly open for business with key global partners such as China,” said Mike Hawes, CEO of the SMMT. “Both nations have leading reputations in automotive engineering and production and this agreement builds on an already strong relationship, with scope to open up new business opportunities in both markets.

“In a period of unprecedented change for the automotive sector, and bearing in mind the scale of investments needed to drive this change, close collaboration between nations will be essential if shared ambitions are to be met.”

Chinese investment in the UK automotive industry has ramped up considerably in recent years, according to the SMMT. Geely announced a significant investment in British sports car manufacturer Lotus in 2017, following on from its successful development of LEVC (formerly the London Taxi Company), which it took over in 2014.

Geely’s greener taxis
Speaking at last week’s SMMT International Automotive Summit in London, LEVC’s CEO, Joerg Hofmann, revealed that Geely had invested £500m in LEVC since 2014, including in a £300m ($377.3m) new facility in Coventry that has capacity for annual production of 20,000 vehicles. The company is now focusing on the development of a fully electric delivery van that has a range of 380 miles, making it perfect for online retail deliveries to homes in major cities.

Added to these developments at LEVC, BYD will this summer roll out fully electric double-deck buses on the streets of London in partnership with British manufacturer Alexander Dennis.

The SMMT said that Chinese investors were attracted to the UK because of the strong fundamentals of the UK automotive industry: a highly productive workforce and some of the world’s leading designers and component companies, including six design and 20 R&D centres.

Fu Bingfeng, executive vice chairman and secretary general of CAAM, said: “China and the UK have a long history of co-operation in the automotive industry, which has yielded fruitful results and established a profound friendship. Our new co-operation with SMMT is helpful so we can learn from each other and expand investment and collaboration in a wide range of areas based on existing joint projects.

“With the revolution of intelligence and electrification underway, it’s crucial to promote the healthy development of the Sino-UK automotive industries.”