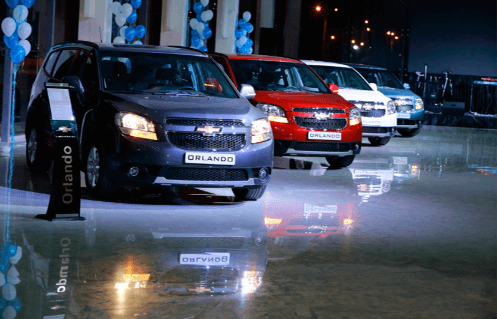 Uzbekistan state-owned corporation Uzavtosanoat has confirmed it plans to rename GM Uzbekistan following the withdrawal of the US carmaker from the joint venture. It has not yet indicated what its new name will be.

At a press conference in Tashkent on February 6, Aziz Shukurov, deputy chairman of the board of Uzavtosanoat, said the company would continue to assemble Ravon and Chevrolet brand vehicles. As a joint venture, GM Uzbekistan sold vehicles under the Chevrolet brand on the domestic market, while Ravon vehicles, based on Chevrolet models, were made for export.

Uzavtosanoat is also planning to boost exports of vehicles and spare parts this year, Shukurov said. GM Uzbekistan moved $25.5m worth of products last year, which is expected to grow to $118.6m. Shukurov said the growth would come from an increase in supply to established export markets and supply to several new destinations, including Afghanistan.

The company is also planning to localise more than 240 components during 2019 and reduce imports by nearly $17m a year as a result. There was a slight increase of 3% in localisation last year, which helped the company cut import costs by $14.6m. GM Uzbekistan’s localisation level is currently close to 50% and there are nearly 40 local automotive components suppliers working with it. Shukurov said there were other investment projects in the pipeline.

Increasing production and rangeUzavtosanoat has also announced plans to expand the range of vehicles it produces at the plants currently operated under GM Uzbekistan. In 2018, the company started assembling the Chevrolet Tracker, and in 2019 two new models are expected to be added to the range.

In 2018, GM Uzbekistan made 220,000 vehicles, almost twice as much as the previous year. The target for 2019 is to boost assembly to full annual production capacity of 250,000 vehicles. That would lead to further investment and localisation and, according to Shukarov, should increase profitability.

Meanwhile, the company has confirmed there will be no rise in its vehicle prices this year, following the increase last year. Shukarov said the government had promised prices would remain flat over the next few years.

Uzbekistan’s government is not planning to decrease import duties on foreign-made vehicles, but has said it will reduce customs duties to 0% this year for imported electric vehicles and cars made within the last two years that cost more than $40,000. Currently the import duty on finished vehicles in Uzbekizstan ranges from 30%, plus $1.8 per cm on engine size, to 30% plus $3 per cm. In addition, there is 3% tax in the road fund and excise fee.

Cutting vehicle duties elsewhere could open the market up to leading carmakers from South Korea, Japan and Germany.