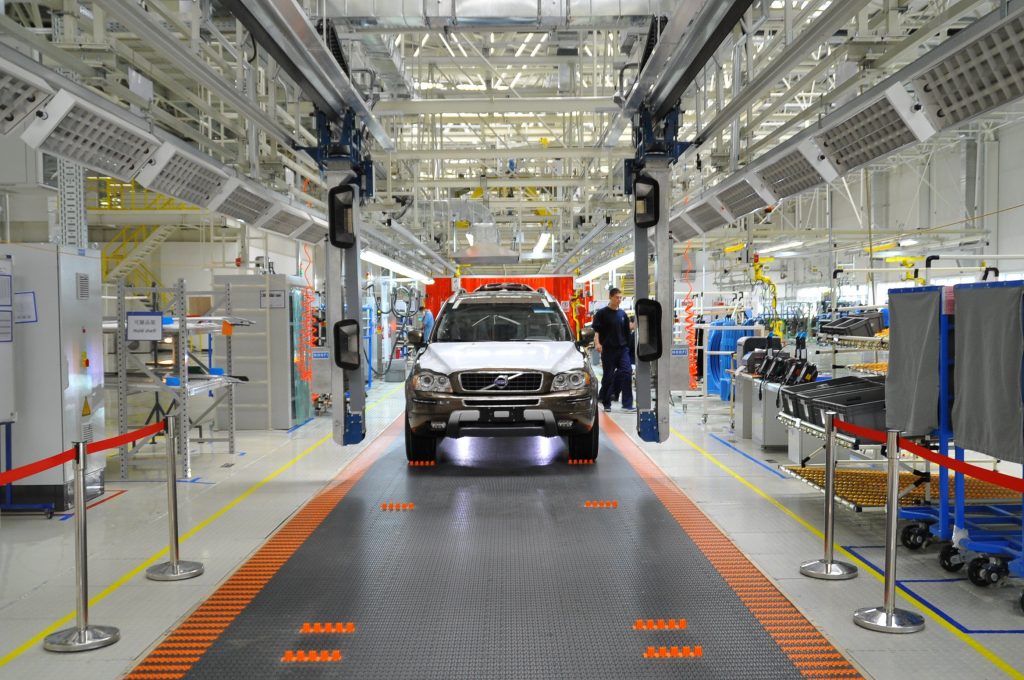 After building a logistics management team from scratch in Europe, Volvo Car Group will do the same for its growing operations in China. Christopher Ludwig talks to Magnus Ödling, who will lead the transformation, including a tender later this year

It could well be that 2014 will be looked on as the year when Geely-owned Volvo Cars started to achieve scale and localisation in what its CEO and president, Håkan Samuelsson, refers to as its “second home market” after western Europe. China surpassed the US and Sweden as Volvo’s largest sales market, and the carmaker launched a second assembly plant as well as production of a number of important models, including its top global seller, the XC60.

In 2015, the groundwork continues to be laid for even more important changes in China, including the launch of a new platform, further engine and assembly output, and even exports to the US from its plant in Chengdu, in south-west China.

All of these developments are important to the supply chain, however 2016 looks set to be a truly critical year for logistics. By the second quarter, Volvo Car Group will take control over management and purchasing of inbound logistics for China.

This insourcing follows a similar strategy in Europe over the past three years, where the carmaker has built up an in-house management team to oversee and manage a supply chain previously controlled by a lead logistics provider (LLP). The project, which kicks off this August, will include a tender for inbound carriers across all modes of transport, and will integrate international and domestic flows to Volvo’s Chinese plants into a global transport management system (TMS). It will also include a considerable increase in internal resources to manage the supply chain.

Magnus Ödling, who oversaw the launch of the TMS for Volvo Cars as head of logistics network design and business applications, is now leading the development of the inbound management team and the TMS implementation as project leader for inbound logistics, China.

According to Ödling, the new team is currently in the process of studying and designing the best logistics for Volvo Cars’ growing supply chain, both from its international supply sources in western Europe, and its sprawling network in China. It will then run a large and complex tender for inbound carriers starting in the fourth quarter this year, with the ‘Go Live’ date for operations and the IT system set for the second quarter of 2016.

By taking inbound logistics management in-house, Volvo Cars will significantly change its logistics setup in China. Currently, an LLP operates Volvo’s logistics and is responsible for routings and collections at suppliers, and delivery to factories. Following the change, a local Volvo team, in coordination with the OEM’s global logistics management, will choose providers and manage logistics operations.

The TMS, already in place across Europe, uses EDI messages to coordinate transport and provide visibility for stock and routes from both global and Chinese suppliers; it also allows self-billing for carriers. Further modules, including for dock-slotting management, will also be introduced.

"We want to manage the supply chain completely in-house for tactical and strategic reasons [including] planning and control...to bring us closer to the pulse of the business and, importantly, our internal customers" – Magnus Ödling, Volvo Cars

For Ödling, who is now based at the Volvo Cars China headquarters in Shanghai, the move is part of a strategy to gain further control over the supply chain, including the involvement of logistics in wider purchasing and manufacturing decisions. “We want to manage the supply chain completely in-house for tactical and strategic reasons, which includes having our own planning and control,” he says. “That helps to bring us closer to the pulse of the business and, importantly, our internal customers.”

The push for tighter logistics control is happening as Volvo Cars pursues aggressive expansion in China. Last year sales were up around 32% compared to 2013, at around 80,000 units, surpassing the US and Sweden as its largest market. Volvo’s long-term target is for 200,000 sales in China.

Volvo Cars now has an industrial and sales footprint in China that nearly matches its home base in Sweden and Belgium. Its plant in Chengdu, which has an initial capacity of 120,000 vehicles, started building a second model last October, the XC60, Volvo’s best selling car globally and in China. In November, a second assembly plant in Daqing, in the north-east, started low volume, semi-knockdown kit output of the XC Classic, a variant of the original XC90.

Local production will start to ramp up as the company introduces its ‘scalable product architecture’ (SPA) at Daqing, a flexible platform that covers most of Volvo’s future car models. The first SPA Volvo to be made in Daqing will be an all-new premium sedan. An engine plant in Zhangjiakou, south-east of Beijing, serves both plants.

As well as building for the domestic Chinese market, Samuelsson has said that Volvo will export vehicles built in China. The first batch of the S60 Inscription, a long-wheelbase version of the S60, has begun to ship from China to the US and is set to hit dealerships in the third quarter of this year. 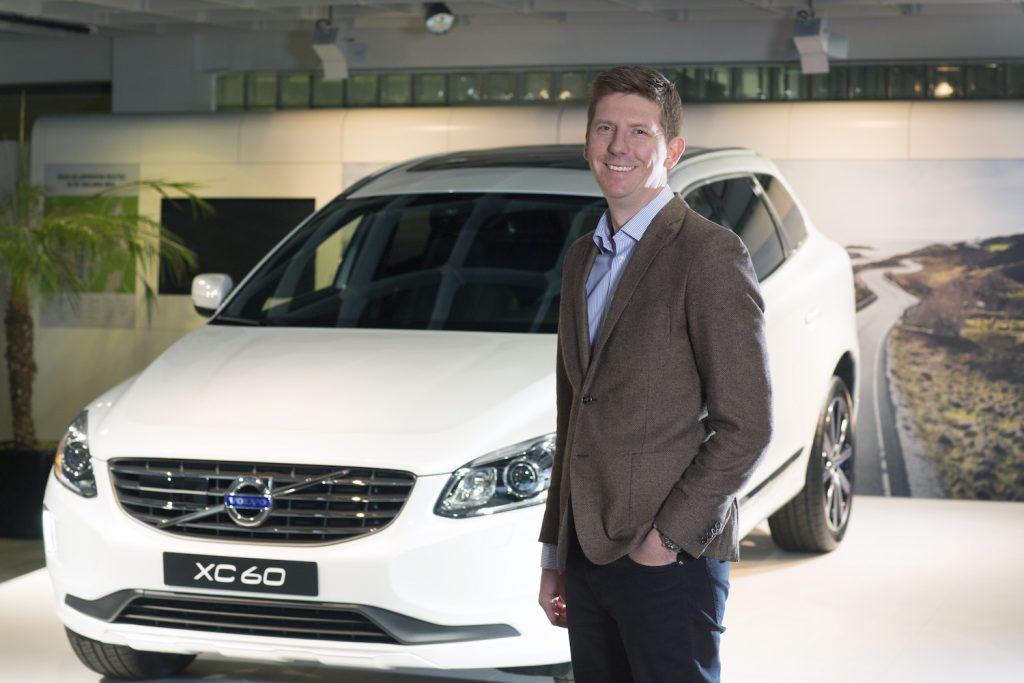 In taking over its logistics and implementing the TMS, Ödling says Volvo will put a total supply chain “solution” in place for China, where the IT will support Volvo’s aims of engineering the most efficient and responsive supply chain.

“China is obviously a big country, even for its domestic flows. You need a strategic input to consider the trade-offs between cost and lead time, and how that might impact the plants,” he says. “This is especially so if you have a modal option to road, such as for Chengdu along the Yangtze River. In that case, maybe you can’t afford to truck the parts.”

Important to the project will also be improving visibility and costs for international deliveries to China. “Our supply localisation rate in China is growing as a percentage, but as we ramp up production of more models at more plants the material volume out of Europe will increase,” says Ödling. “We want to make sure this supply chain is optimised.”

Going from one to several providers

Along with making these critical logistical decisions, the inbound team will have full selection and management oversight of logistics providers, including for international flows from suppliers, and for domestic routes all the way to the plants’ receiving docks.

“We will be going from one provider to several,” says Ödling, referring to the scope of transport modes, different truck routing, international and domestic flows.

Volvo’s tender will be open to the whole market, including Chinese, western and joint-venture providers. Ödling notes, however, that companies will have to pass the carmaker’s general commercial requirements, including being of an adequate size, and having automotive experience, financial stability, and the necessary ISO certifications.

Companies that meet those criteria – which eliminates a number of providers in China, says Ödling – will have their technical specifications assessed by Volvo. “If it comes down to several providers who can pass all of that, then it will come down to the combination of personalisation and expectation for getting the most value, versus the price,” he says.

Ödling acknowledges that there will be challenges in the rollout, not least in the short launch timeline. The processes and the TMS system may need adjustments to local conditions, depending on the EDI capabilities of China-based carriers.

“In Europe, we faced the same questions and have the same set of requirements,” he says. “At a minimum, we require providers to use a web-based EDI platform.”

Finding providers with the right strengths will also be important, whether it’s a large truck fleet or a less-than-truckload network for the domestic supply base. However, the company is not looking for another LLP or ‘4PL’, as it wants to develop its internal resources, and use the TMS to full scale. “We want providers to meet us at the right level of service,” Ödling says. 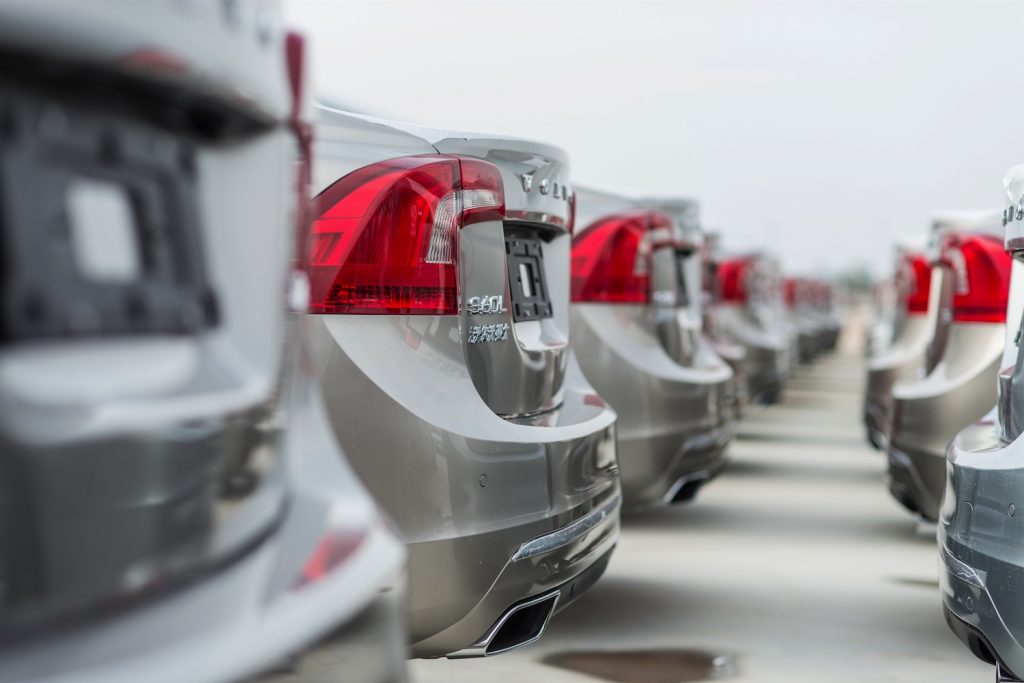 Volvo’s outbound logistics in China is managed centrally from Sweden, in collaboration with the Chinese national sales company.

Volvo’s insourcing of logistics management can be seen in the context of its promise that operations in China use the same standards and processes as in Europe. Just like in its ‘first’ home market, the carmaker wants to make the best of all the information and visibility it can gather in the supply chain, ensuring it engineers the best logistics, and is also better able to influence sourcing and production decisions.

To that end, visibility is obviously important, but Ödling does not see the physical or technological development of tracking parts or communicating data as the strategic result of taking over inbound logistics. The company’s IT provider should be able to provide a roadmap for improving such services – whether by GPS, mobile apps, RFID, etc. – even after Volvo buys a software package, for example.

“Visibility in the supply chain is not a premium service, it is a commodity. Rather, it is our ability to run an effective process with plants or suppliers that makes a difference,” he says. “If we look at what is happening, but don’t action it, then it is not useful.”

Ultimately, Ödling believes that an outside provider acting as an LLP could never get as close to both the external and internal factors impacting the supply chain, and thus it is Volvo Cars itself that can make the best use of supply chain data. By next year, Ödling anticipates that the carmaker’s inbound logistics team will be able to do just that in China.

Insourcing in a global context

Taking over inbound logistics management in China is the continuation of a four-plus year project to centralise logistics management and purchasing for Volvo Cars, which previously outsourced the function to Volvo Group Logistics Services, part of the Volvo Trucks commercial group.

Volvo Cars launched its outbound logistics management in 2012 and did the same for inbound to European plants at the start of 2014. Rolling out the Transport Management System (TMS) has been central to creating the new structure.

Magnus Ödling will be leading the transformation across inbound logistics in China. As in Europe, at Chinese factories Volvo already operates in-plant logistics with its own staff.

Outbound logistics in China is already managed centrally from Gothenburg, in collaboration with the Chinese national sales company. For most markets outside Europe, including the US, Volvo’s TMS manages delivery up to a port of entry. In China, however, onward routes to dealers have also been integrated from the port of Shanghai for imports, as well as from the company’s plants in Chengdu and Daqing. It has also rolled out a global yard management IT system for both its European and Chinese plants.

While Geely has a factory close to Volvo Cars in Chengdu, inbound and outbound logistics management has been, and remains, separate between the companies. However, both brands are currently sharing R&D developments, including a new small car platform. In future, that could lead to a more common supply chain.