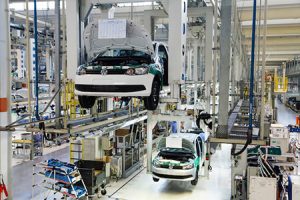 Volkswagen has cancelled the majority of its contracts with parts and material supplier Prevent Group following a series of supply problems affecting production in Brazil between 2015 and 2016. The carmaker said the problems had cost it a total of €250m ($307m).

Since the 1990s, Prevent Group, based in Bosnia, has bought a number of global parts subsidiaries that have traditionally supplied VW. It owns ES Automobilguss, which supplies metal parts for transmission assemblies; and also Fameq, which supplies body parts as well as seats and seat covers through its Car Trim and Keiper companies, amongst others.

Volkswagen said the disruption to supply in Brazil two years ago, which involved various parts including seats, incurred 160 days of production stoppage at its Brazilian plants in Taubaté, São Jose dos Pinhais (Curatiba), São Carlos (which makes engines) and Anchieta. The halt to production meant a loss in output of 140,000 vehicles between March 2015 and August 2016. It also meant 18,000 employees were placed on restricted work schedules.

The German carmaker ended its business with Prevent Group there in 2016 and subsequently accelerated production to meet the shortfall to its dealer network.

There was also disruption to supply based on a shortage of parts that affected six of VW’s plants in Germany, including its largest global assembly plant in Wolfsburg, as well as its main engine and transmission plants in Salzgitter and Kassel. VW said it was forced to take out an injunction against ES Automobilguss and Car Trim to resume supply in that case, though it still did not receive the parts and materials. Emden, Braunschweig and Zwickau were also affected.

“At all times, Volkswagen depends on reliable cooperation with suppliers in a spirit of trust,” said VW in a statement issued last week. “Existing business relationships are regularly reviewed accordingly, with the aim of minimising the adverse impact of any supply chain disruptions on our own production in the interests of our customers, workforce, dealers and other suppliers.”

VW has cancelled most of its contracts with Prevent Group companies, a move expected to have a significant impact on the supplier, given that 70% of its orders were from the OEM.

The carmaker has secured a number of contracts with alternative (so far unnamed) suppliers but has retained its contract with Neue Halberg-Guss, which Prevent Group bought back in January this year and which makes crankshafts, blocks and cylinder heads.

Prevent Group has put out its own statement suggesting that VW’s decision to cancel its contracts with just one day’s notice was without legal basis or economic reason and contradicts the principles of commercial good faith.

“Long-term contracts with ES Automobilguss from Schönheide and the two other companies were terminated on March 21 2018 without notice,” said Prevent Group in a statement. “As a result, short-term work will be required at the sites in Schönheide, Plauen and Stendal, as well as layoffs for many of the approximately 700 employees.”

Prevent said the action taken by VW would require complete replacement of a delivery structure that would cost the carmaker a sum in the three-digit millions. It added that while it was investigating legal measures to avert greater damage, it remained ready for constructive dialogue.

Prevent Group is separately involved in legal action concerning the supply of seat covers to Daimler.