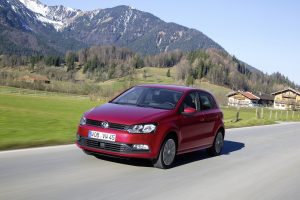 Volkswagen Group South Africa (VWSA) has announced that it will invest more than R4.5 billion ($340m) to produce new models at the OEM’s Uitenhage factory.

The investment will include more than R3 billion for production facilities and quality, around R1.5 billion for local supplier capacity, and around R22m to develop training for employees.

Thomas Schaefer, managing director of VWSA announced the next phase of new investment in the Uitenhage factory, training for employees, and the company’s supplier base at a media briefing last week.
“This will be the first time that a version of the modular transverse matrix platform will be utilised in South Africa featuring the latest technologies and driver assistance systems. This will be built for both the local and export markets,” said Schaefer, who also highlighted the carmaker’s export strategy.

“Exports will again play a key role in our strategy going forward. We are very grateful to the board in Germany for this vote of confidence in our country management and employees and we will ensure that we deliver on our commitments,” he added.

The investment is perhaps a little surprising as only 0.6% of the world’s vehicle production is situated in South Africa. However, Schaefer explained that South Africa is a good strategic location, and that Africa has a strong potential as a future market for exports. Investments are also protected by the Automotive Production and Development Programme (APDP).

Uitenhage is the Group's only South African plant producing cars, and the latest announcement regarding investment highlights that Volkswagen is serious about developing its passenger car offering in Africa. The investment will increase the capacity of the Uitenhage plant to 150,000 units a year, up 50%, and allow the OEM to produce at least two, if not three new models. Details of the new models are expected to be released in the coming weeks, and Volkswagen expects to launch the new models into the local market by 2017.