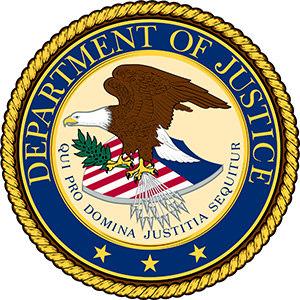 The US District Court in Baltimore has indicted the chief operations officer at Wallenius Wilhelmsen Logistics (WWL), Kai Kraas, on price-fixing charges.

Kraas, along with former WWL CEOs Anders Boman and Arild Iversen, has been charged by the court in Baltimore with “participating in a long-running conspiracy to allocate certain customers and routes, rig bids and fix prices for the sale of international ocean shipments of roll-on, roll-off cargo to and from the US and elsewhere, including the port of Baltimore.”

Last year, WWL became the fourth car carrier confirmed to have been fined by the US Department of Justice (DoJ) in relation to price-fixing on international ro-ro services between 2000 and 2009, following an investigation that began in 2012. WWL paid a fine of $98.9m for its involvement and that of its sister company, Eukor Car Carriers, in the conspiracy to fix ro-ro prices on routes from the port of Baltimore.

Last week, the DoJ said that Kraas, Boman and Iversen were among 11 executives to have been charged in the investigation to date. Four of those executives have pleaded guilty and been handed prison terms, while the others remain “international fugitives”, according to the DoJ.

“The indictment unsealed today is yet another step in the Division’s efforts to restore competition in the shipping industry,” said acting assistant attorney General Andrew Finch of the DoJ's Antitrust Division. “WWL has pleaded guilty. Now we are working to ensure that its executives, who conspired to suppress competition at the expense of American consumers, will be held accountable.”

Boman, Iversen and Kraas are alleged to have conspired with their competitors, including NYK, K-Line and CSAV, to allocate certain customers and routes for the shipment of cars and trucks, as well as construction and agricultural equipment. The DoJ said specifically that the defendants carried out this conspiracy by, amongst other things, attending meetings in Baltimore County and elsewhere during which they agreed not to compete against each other; by refraining from bidding; or by agreeing on the prices they would bid for certain customers and routes.

“In addition, Boman, Iversen and Kraass agreed with competitors to fix, stabilise and maintain rates charged to customers of international ocean shipping services,” said the DoJ statement. “The customers affected by the conspiracy included US companies.”

“These indictments are the continuation of a long-term effort by the FBI’s Baltimore Field Office to secure our nation’s economy against collusion in the shipping industry, to ensure competition in the marketplace and to protect US companies from these deceptive practices,” said Special Agent in Charge, Gordon Johnson.

WWL has yet to give an official response to the indictment charges.