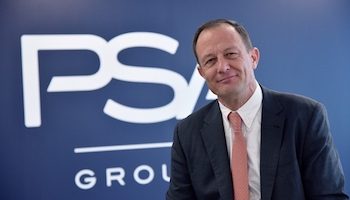 “Eric Basset’s arrival at the head of PSA Retail France, with his operating experience in the different automotive distribution professions and his outside perspective, is a great asset,” said Anne Abboud, senior vice-president of PSA Retail. “It comes at a time of transformation in our business lines, shaped by digitalisation and the energy transition.”

Basset joins PSA from French peer Renault, where he has spent most of his working life. Since 2009 he was, in succession, managing director of Ireland, the Czech Republic/Slovakia/Hungary, and then of Renault Retail Group in Spain followed by Renault Commerce in Morocco.

Basset replaces Bruno Poher who has taken an international promotion within the PSA group.