China’s Contemporary Amperex Technology (CATL) has announced a strategic partnership with German chemicals firm BASF in battery materials solutions that will support recycling of batteries and CATL’s plans for the production of battery cells in Europe. 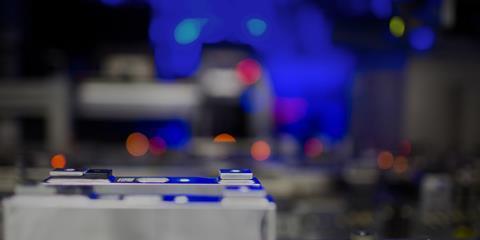 The Chinese battery material producer is working with BASF to improve efficiency and recycling for European markets.

According to a CATL statement, the partnership will include working in alignment on cathode active materials (CAM) and battery recycling and develop a sustainable battery value chain, helping CATL to achieve localisation in Europe and aid both companies’ global carbon neutrality goals.

CATL is one of the largest global manufacturers of electric vehicle lithium-ion.

China currently dominates global EV battery recycling capacity, making up two-thirds of all facilities used to re-use battery materials worldwide. The primacy of the Asian market means that the majority of batteries used in other markets will need to be sent to Asia for processing.

CATL is building a battery call factory in Erfurt, in eastern Germany, which will support lithium-ion battery production for OEMs in Europe. The plant, which has been under construction for two years, is expected to begin production in 2022, and to ramp up to 14 gigawatt hours (GWh) annual capacity (see more on gigafactory locations in the Automotive Logstics global database).

Through its partnership with BASF, CATL seeks to build a local battery recycling network and secure access to raw materials to improve efficiency for European customers, according to CATL chief executive Zhou Jia said.

BASF is the automotive industry’s largest chemical supplier and has also established itself prominently within the CAM market, including maintaining a global manufacturing and R&D footprint and a broad portfolio of mid-to high-nickel, manganese-rich, cobalt-free CAM.

Dr Markus Kamieth, a member of BASF’s board of executive directors, said that CATL expertise in lithium-ion batteries will speed up innovation and help form a sustainable battery supply chain.

Both CATL and BASF have declined to comment on potential locations for the recycling capacity at this point.

Driving EV battery localization in Europe
As OEMs increase battery production, the ability to recycle and reuse materials will be important to avoid shortages of certain important metals such as cobalt, nickel and manganese.

Typically, the lifetime of an automotive vehicle battery is at least 8-10 years. However, once a battery depletes to its 70% or lower threshold, the battery can still be recycled.

Currently, the overwhelming majority of battery recycling capacity is in Asia, meaning most batteries used in other markets will need to be sent to Asia for processing.

China, in particular, accounts for over two-thirds of all recycling facilities handling the roughly 100,000 tonnes of batteries currently being recycled, according to a special battery supply chain report from Ultima Media. South Korea stands in second with around one-sixth of global recycling.

While this means that China is set for huge investments, governments and regulators in Europe and other regions are pushing to localise battery supply chains both to ensure the security of supply as well as to gain from the economic value and compensate for the loss of industry and jobs associated with internal combustion engine (ICE) powertrains.

Meeting global demand
This push to step up recycling capacity comes amid the backdrop of rising demand for electric vehicles. In Europe, demand is forecast to increase in the coming years amid EU pressure to decarbonise the continent’s roads completely.

Both China and Europe are pushing to up battery production to meet the increasing demand, which is making recycling capacity essential to the industry.

CATL is investing heavily in China as well. In August, it announced its intention to construct 137 GWh of lithium-ion battery capacity per year by raising RMB 58.2 billion ($529m) from the stock market. The investment will go into five projects in China in Fujian, Guangdong and Jiangsu. These sites are expected to be finished within the next three years to meet the rising demand for EV’s and lithium batteries.

Along with the 20 domestic factories CATL plans to build, its expansion in Germany is an important part of developing a global footprint.

The company started planning the construction of the gigafactory for lithium-ion batteries in Erfurt in 2017, while CATL also took a 22% investment in Finland’s Valmet Automotive as part of a strategic partnership. Valmet Automotive is both a contract manufacturer of vehicles, including for Mercedes-Benz, and has also been increasing capabilities and capacity to build EV battery packs. The Finnish manufacturer has just opened a new production hall for battery packs at the same plant where it assembles vehicles.