BLG expands US services for Mercedes-Benz 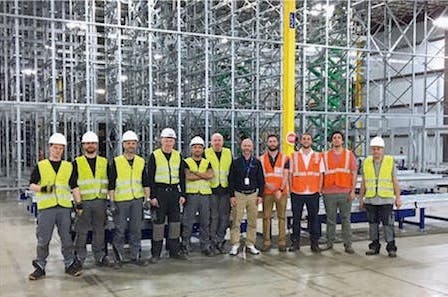 BLG Logistics is expanding its core operations in the US, where it acts as a supplier for Mercedes-Benz.

The company is making its largest investment ever outside Germany at its US base in Vance, Alabama, where a total of $7.1m is being spent on setting up an automated small-parts warehouse for sequencing cable sets. BLG already operates a similar facility at Bremen (LC Hemelingen).

In support of the expansion, Tuscaloosa County Industrial Development Authority has approved in the region of $650,000 in tax abatements.

Work began on the new warehouse in April for a July completion. According to the company, which began operating in Tuscaloosa County in 2004, it will have 3,200 storage spaces, with all components moved in and out of storage fully automatically. New jobs will be created, with the team expanded by 43 members to 70 overall.

Henry Page, the company's chief financial officer, speaking to Tuscaloosa News, said "We are very excited about this $7m investment. It means we are here for the long term, and our parent company is supporting this decision. And 43 new jobs – that's great for the community."

[mpu_ad] On July 1, BLG Logistics also started an entirely new operation at Charleston, South Carolina. This is based around a 40,000 square feet facility at Ladson, where a team of 30 employees undertakes sequencing activities for suppliers from the commercial vehicle sector. This is the first time the company has expanded outside its US base at Vance, Alabama.

The main client is Mercedes-Benz Vans, for whom it will manage parts and inventory as the vehicle manufacturer expands its own business also at Ladson. BLG will transport vans by coordinating deliveries of assembled, tested and inspected auto parts.

However, Thomas Burke, BLG’s director of sales and marketing said the logistics company also anticipates working with other area manufacturers as well.

The Mercedes-Benz Vans plant at Ladson reassembles Sprinter and Metris vans produced in Europe, which are broken down and shipped by container to the Port of Charleston. However, by the end of the decade, Sprinter vans will be entirely built on site, following a $500m expansion, although Metris vans will continue to be imported as knock-down units.