BMW consolidates air freight shipments between US and Germany 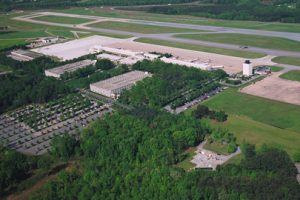 BMW’s division in North America has confirmed it will start using an air freight service for the regular import and export of parts between the US and Germany. Flights are due to start in November.

The service, called the Senator Atlantic Bridge, is being set up by German distributor Senator International, which will make two round-trip flights each week on Wednesdays and Saturdays between Greenville-Spartanburg International Airport (GSP) in South Carolina, and Munich, Germany.

“BMW can confirm that it will be one of several customers of the new international cargo service into and out of Greenville-Spartanburg International Airport,” said the carmaker in a statement. “We are always seeking more efficient methods to transport air freight to the BMW plant in South Carolina. In the past, we’ve used several airports on the east coast for cargo delivery from Europe. Now, we are pleased we can consolidate this to the GSP airport for most of our air freight delivery.”

BMW’s Spartanburg plant is around 4km from the US airport. In addition to providing the airport infrastructure and services, GSP Airport also provides easy access to major highway systems, as well as the state’s only inland port. Inland Port Greer opened in October 2013, extending the Port of Charleston’s reach 340km inland.

The airport’s owner, Greenville-Spartanburg Airport District, said its relationship with Senator International began in late 2011 when GSP personnel provided a service for an emergency air charter operated by Senator.

“The cargo being shipped on that first flight was time-sensitive and the service provided by the GSP team to meet our needs went way beyond our expectations.” said Tim Kirschbaum, CEO for Senator International.

Following the success of that delivery, Greenville-Spartanburg Airport District began working with Senator International on a long-term strategy to secure a scheduled international cargo service that would suit any type of cargo. The new service starting in November is the culmination of that collaboration.

BMW is not the only German-owned firm developing its network in South Carolina. German component supplier ThyssenKrupp has just opened a new distribution centre there that will provide a range of services to vehicle and parts producers.