Stellantis is facing outbound logistics problems from its plant in Sochaux, France because of a shortage in transport capacity. The situation has led to a build-up of vehicles at the plant, which makes the Peugeot 3008 and 5008.

In a statement, the carmaker said that the shortage was down to a number of factors, including the shortage of delivery drivers, the non-renewal of the finished vehicle truck fleet and the war in Ukraine. It also pointed to port congestion and railroad instability. 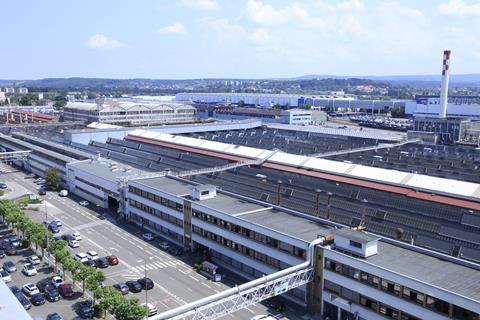 “In parallel, we are in a transitional phase with more diversified logistic players, while we continue to explore innovative solutions such as dealer self-pickup to mitigate the current situation,” said the carmaker.

The shortage of drivers and equipment affecting European vehicle deliveries is well documented. Figures from the International Road Transport Union (IRU), show there were 425,000 unfilled driver roles in 2021, 10% of the total in Europe, and that is likely to increase to 14% by the end of this year.

There has also been a significant decline the availability of the equipment needed to move cars in Europe. Over Covid the European finished vehicle sector lost as much as 30-40% of capacity, including a significant amount of scrapped equipment.

The problems affecting transport capacity for vehicle shipments in Europe were in focus at this year’s annual conference held by the Association of European Vehicle Logistics (ECG) in Vienna, Austria.

At the same conference it was revealed that Stellantis will end all current sales and service contracts with European dealers for all of its brands from June 2023. The company is setting out a plan for future network restructuring ahead of its adoption of an agency model alongside traditional dealer distribution, by whicha carmaker sells directly to the customer online for a fixed fee. That is part of Stellantis’ aim to reduce distribution costs by 50%.

In the meantime, a spokesperson for Stellantis in France said that the company had teams mobilised seven days a week to improve the situation at Sochaux and get vehicles delivered to customers.

According to a report by Reuters, Stellantis is now using an airfield near to the Sochaux plant to store the vehicles until they can be moved out to the dealer network.