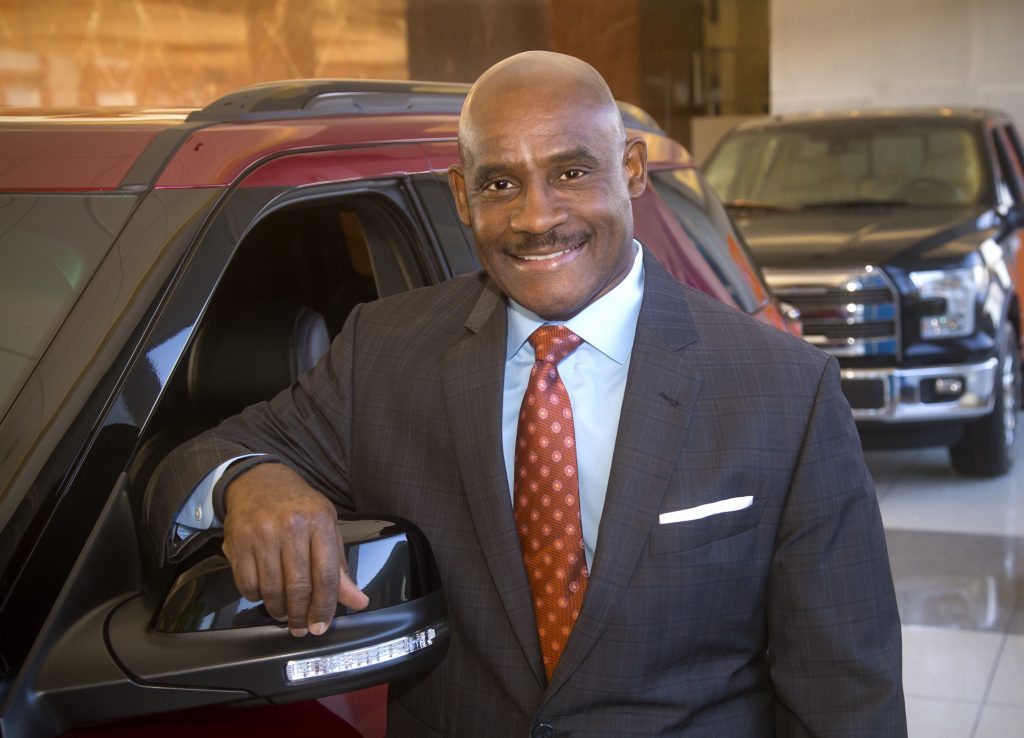 The last time I interviewed Ford’s Frederiek Toney, in late spring of 2008 at the carmaker’s material planning and logistics (MP&L) offices in Dearborn, Michigan, the world looked quite different for both of us. Toney was then global executive director of MP&L, responsible for logistics across the greater part of Ford’s worldwide operations. I, meanwhile, had joined Automotive Logistics a little more than a year before, and was still getting my head around the jargon and swirling complexity of the automotive supply chain.

Even through the hazy view of relative youth, there is no mistaking this period as an innocent one. Although the full force of the financial crash was still a few months away, oil prices were near record highs, stock markets were in freefall, and the credit crunch was tightening with banks starting to fail on both sides of the Atlantic. In the US, sales and production of vehicles were already dropping at an alarming rate. Toney told me at the time that he was dealing with production cuts and the need to reduce his logistics budget by hundreds of millions of dollars.

However, despite the hard times – which were about to worsen beyond either of our imaginations – Toney nevertheless had a bounding energy, with evident ambition for the company and its logistics. Ford was in the middle of revamping its management, North American plant network, and global product lineup, which made it the most exciting time Toney had known at the company. Price pressures, demand shifts and supply chain changes meant logistics managers were “having the time of their lives” – something he said with perhaps only a touch of irony (click back in time here to our July 2008 issue if you don’t believe me).

Sitting down together eight years later, there are once again worrying signs across global markets. Stock and oil prices have been falling fast; countries important to Ford, such as Russia and Brazil, are in deep recession, while there are worries about the Chinese economy and global trade. And yet, with record profits out of North America and an improving outlook in Europe, the carmaker is in a strong position. 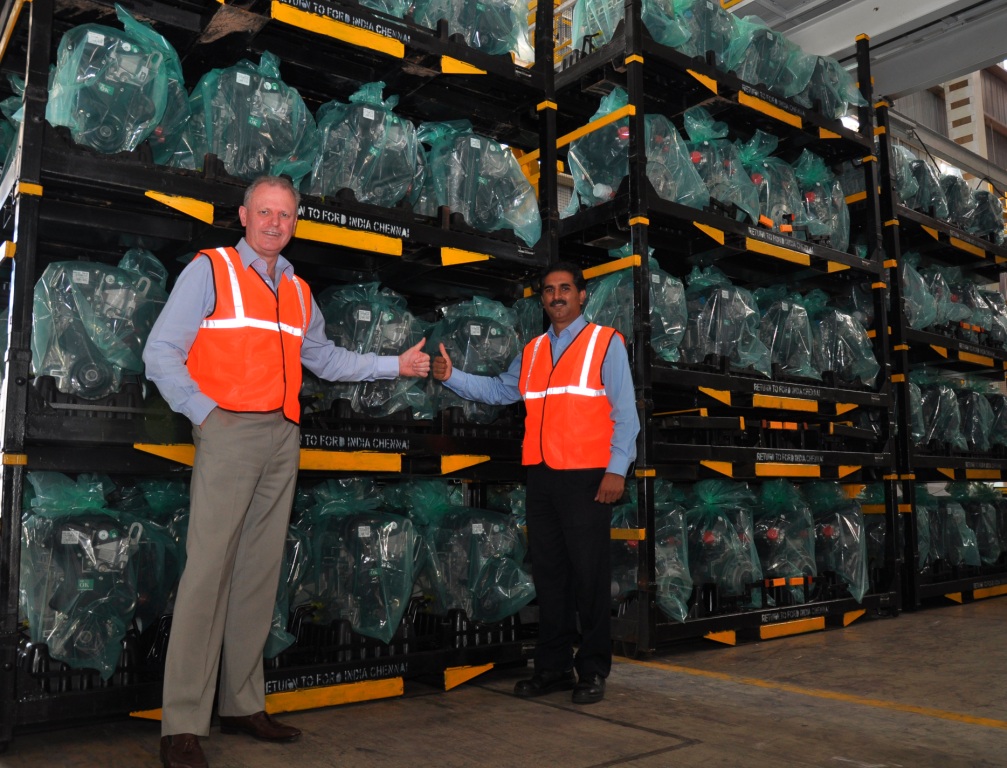 Despite being older, it’s fair to say that Frederiek Toney and I aren’t too worse for wear. Though no young reporter anymore, I return to Dearborn as editor of the publication, now able to distinguish between LTL and crossdocking, or a 3PL or 4PL (insofar as anyone can agree on that).

At Ford, sales are not the only thing to have risen since 2008; this time I have to cross the Southfield Freeway to the carmaker’s marketing headquarters, where Toney is based as president of the Ford Customer Service Division (FCSD). This important organisation is responsible for providing genuine parts, tyres, vehicle personalisation, warranty and customer service programmes across Ford’s global regions. FCSD covers the entire service parts supply chain globally, controlling an inventory of around 300,000 different part numbers held across 66 warehouses and distributed to a network of more than 10,000 dealers.

Toney has lost none of the enthusiasm he maintained even during the crisis. Today, he is tasked with increasing part sales across all Ford global regions, and improving service to customers, whether they are dealers, end users or others. As in his MP&L days, he sees his function primarily as a service-oriented one. The path to growth, he believes, lies in supporting dealers better, whether through improving inventory holding or parts delivery.

“One of our most important initiatives this year is to make sure we have the capacity in our dealer network to take care of customers. It is particularly important as we grow unison operations around the world that we support our dealers in having the right processes to deliver fantastic services,” he says.

Changing with the times

In hindsight, Toney was right to identify the ominous days of 2007-2008 as the beginning of an important time for Ford. It was then that the company started moving in earnest to stay ahead of economic, regional and cultural shifts in the automotive market and its supply chain. While important strategies have involved consolidating production assets and platforms, launching new global products, and moving deeper into key markets, Ford’s customer service, including for aftermarket and service parts, has also been vital. That has especially been the case in meeting ownership expectations for a changing American and European consumer base, and in understanding the needs of new global customers. 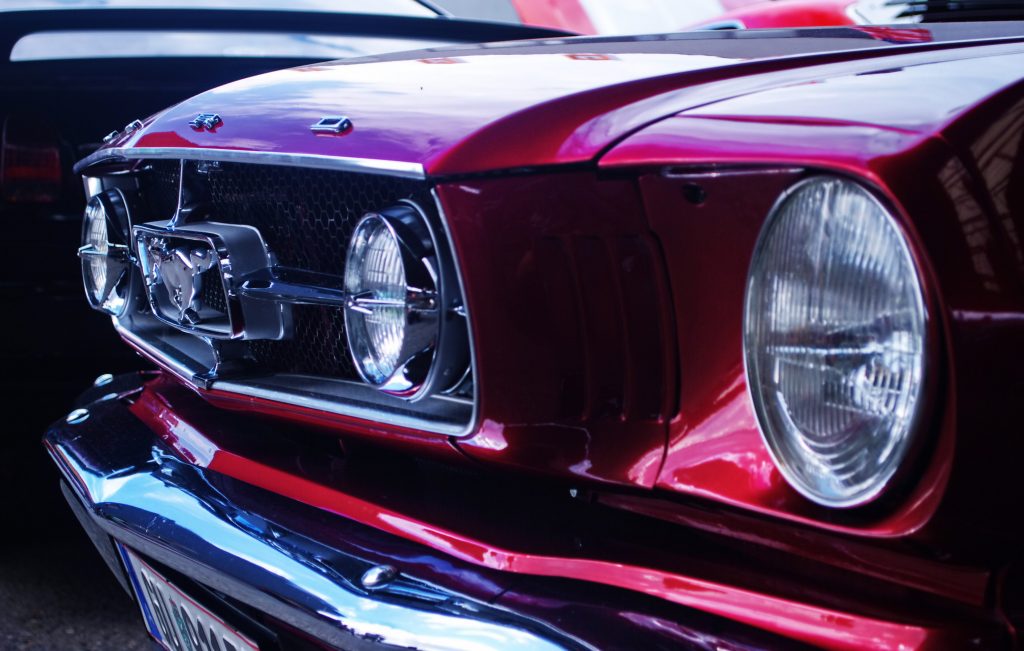 For example, with Ford’s expanded production and sales base across Asia, Africa or South America, the supply of parts to global dealers and customers has become increasingly more complex to buy, store and deliver. FCSD has responded, in part, by investing in strategic parts distribution centres (PDCs). In 2011, Ford had just one PDC in India, whereas today, the carmaker operates six warehouses. New facilities have also been opened over the past few years in Dubai for the Middle East and Africa, and in South America.

“Our logistics management and providers underpin our ability to provide great services,” says Toney. “That is why we will continue to invest smartly and carefully, particularly in markets like Asia Pacific, South America and Africa, to bring up our infrastructure and capabilities to meet the increasing service demands from consumers.”

Improving Ford’s inventory management and supply to global dealers has been one of Toney’s most important tasks. Globally, the company maintains a supply fill rate to dealers of 96%, and FCSD is targeting further gains with the rollout of an updated IT system for warehouse management, network planning and forecasting. “We are continuously improving our global network through the rollout of our next generation SAP software solution working in conjunction with our network modelling tool,” he says.

Another critical trend has been the rising average age of vehicles in the US and western Europe, which now stands at around 11.5 years. This ageing fleet has upped the ante for service and equipment requirements, and led to hotter competition among independent retailers for parts and maintenance. In response, Ford is making strategic shifts in its parts inventory – in particular, its older parts catalogue – while exploring opportunities to increase delivery across dealers and other potential customers.

“The ageing vehicle fleet is changing our approach tremendously,” says Toney. “About four years ago, we decided to emphasise growing our older model vehicle service and parts business. We have designed new programmes and changed policies to capture more business for vehicles three-years old and above.

“For example, we are changing our parts retention policy to go from storing parts for seven years, to storing them for 10-15 years,” he says.

The company is also adjusting service to compete more with independent repairers and service providers, including in areas of speedy, simple services that aren’t typically done through dealers. For example, Ford is expanding its Quick Lane and other related-brand centres, which sell tyres and provide basic maintenance. 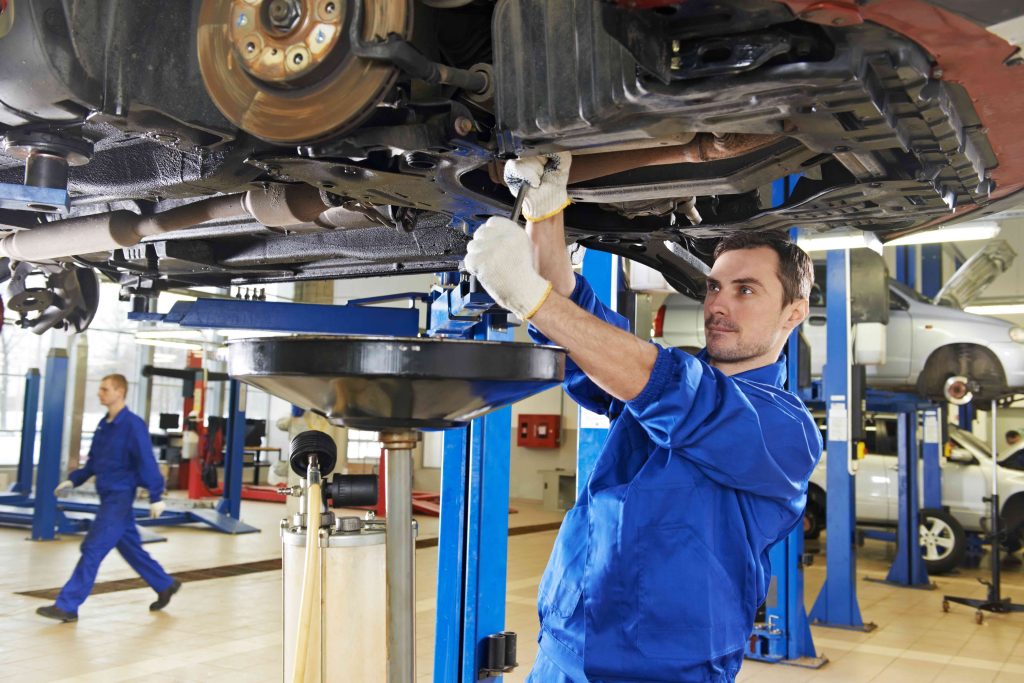 Even as it competes with other aftermarket providers, Toney sees them as potential customers. In particular, Ford will target more independent retailers and garages through its genuine parts and Motorcraft brand of recommended parts. Toney reveals that, later this year, Ford will launch a new “all makes” brand of parts targeted across all OEMs, which will be even more appealing to independent garages.

“We want to service the garage, and we are building products and benefits around that,” he says. “Other [carmakers] are already doing this, and we need to join them in a big way.”

Logistics is at the heart of all these strategies, as Ford works to maintain accurate inventory as close to market as possible, and to meet promised delivery times. However, in expanding its offering across the aftermarket to more independent garages, Ford dealers will also have to sharpen their own logistics and delivery capabilities, particularly the need, in many cases, to dispatch parts several times per day. According to Toney, Ford needs to help dealers develop such services, which will mainly happen outside its own direct control.

“We have certified wholesale dealers, a special category of dealers that we support to deliver parts to customers, and we need to assess where we may need to add more,” he says. “We also need to make sure that our policies and programmes support dealers who want to engage on that level all over the world.”

Aftermarket service for the digital age

One result of Ford’s intended expansion in parts retention and serving garages is increased engagement with customers in the aftermarket across more stages of vehicle ownership and maintenance. But, in the age of digital vehicles, the carmaker is also looking to connect with customers even more often and routinely. This approach is part of a change that may ultimately be as dramatic as the one it had only just begun when Toney and I met in 2008, as shifting attitudes towards car ownership, urban mobility and technology could transform the way consumers use and buy vehicles.

Ford has already announced several investments and projects this year aimed at staying on the right side of trends in connectivity, mobility, autonomous vehicles, customer experience and ‘big data’. Mark Fields, the company’s chief executive officer, has described how Ford wants to become both “an auto and mobility company”. 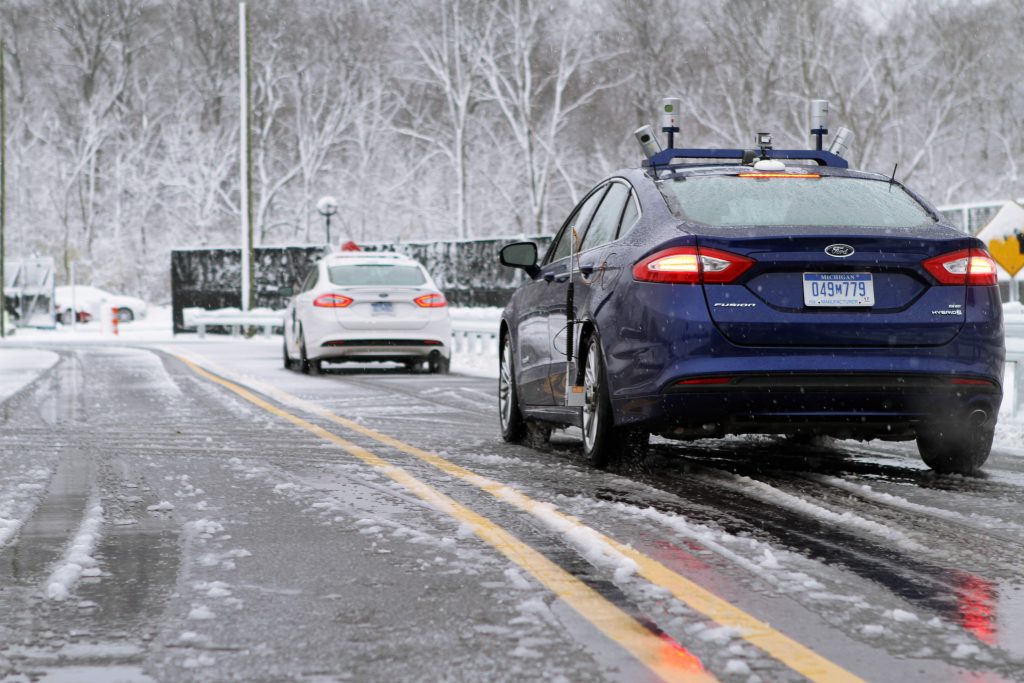 For example, in January the ‘Ford Smart Mobility Plan’ was unveiled, which includes an expansion in development and testing of autonomously driven vehicles, as well as 25 planned mobility experiments globally in 2016 to test concepts such car-sharing models, data-based insurance and online purchases. Ford is furthermore launching a new digital service, called FordPass, that uses mobile technology in cars and smartphones to do things such as pay for a parking space, book theatre tickets or schedule service and maintenance.

Toney sees FordPass and other connected technologies as important to FCSD, customer experiences and the future supply chain. For example, combining real-time information on maintenance scheduling with a digital record of a car’s service history could support advanced order and forecasting of parts demand, and potentially improve fill rates at dealers and reduce the time any vehicle is off the road. In the near future, with communication between a vehicle’s telematics and ability to perform self-diagnostics, the service parts chain should become even more predictive.

“I envision a day when Ford will be able to tell a customer, when they buy a car, which of their components are likely to fail at which time, and then predict the amount of service time needed,” says Toney. “All of that can then be built into the cost of ownership.”