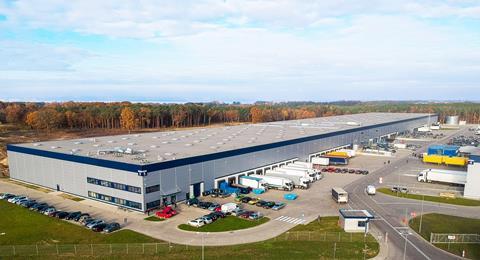 The Autodoc warehouse in Szczecin, Poland, will provide around 27,000 m² of storage space from spring 2020

German online automotive part retailer Autodoc has added to its storage capacity in Berlin and Szczecin, Poland with another expansion to come.

Around 5m orders were processed and delivered at the two warehouses last year, which, Autodoc says, resulted in existing premises being pushed to their limits to meet growing demand from 26 countries across Europe.

With the 6m mark for orders being exceeded by mid-November this year, the company has rented additional warehouse space at its headquarters in Lichtenberg, Berlin, and Szczecin.

In the case of Szczecin, which is near the German border, the additional space is needed mostly for stockpiling imported goods, the company said.

Managing director Alexej Erdle added: “With the expansion of the warehouse space at the two logistics locations of Berlin and Szczecin, we have created the basis for the sustained strong growth of the company. We expect sales of over 600m euros by 2019.”

Autodoc sees provision of even more logistics capacity as essential for further expansion across Europe, so in the second quarter of next year it will add a 13,000 sq.m warehouse to its Szczecin base, giving an aggregate storage area in the Polish city of around 26,700 sq.m.

Autodoc, which was founded in 2008, says its product range currently comprises of almost 2.5m items from 545 manufacturers for 128 car brands.