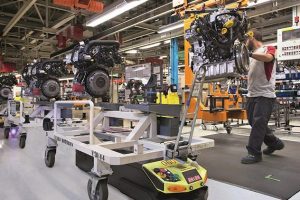 A big influence on that decision comes from the fact Seat is now in charge of the Relizane assembly plant in Algeria, which is owned by its parent company VW Group. Seat formed a team last year to manage supplier relations in North Africa and contacted potential local and international suppliers interested in manufacturing parts in Algeria.

The Relizane plant, 280km south of the capital Algiers, began assembly from semi-knockdown (SKD) kits mid-2017 in partnership with Sovac of Algeria. Initial daily production capacity was 200 vehicles, comprising a mix of VW, Seat and Skoda vehicles. Audi followed at the end of 2018.

Seat also has its sights set on Morocco, which it said had a highly developed automotive sector offering “new opportunities for collaboration with locally established suppliers.” Some early project assignments have already been established, according to the company.

Of last year’s total, 79% of all purchases were on production materials, spare parts and accessories for models built at the Martorell plant near Barcelona (Seat’s Ibiza, Arona and Leon; and Audi’s Q3 and A1). The rest was allocated to general goods and services. More than 60% of all purchases was placed with Spanish suppliers.

“Quality, efficiency and cost optimisation are key factors for achieving objectives in the purchases’ area,” said vice-president for purchases Klaus Ziegler. “This is done by maintaining a relationship of collaboration and trust with our supplier network, which enables us to promote strategic projects such as general procurement management in the Iberian Peninsula and the development of North Africa.”

Among the projects undertaken last year, Seat was trying to reduce total cost per vehicle by establishing a more efficient and sustainable production system. It was doing that by applying full-cost optimisation (FCO), in which staff from research and development (R&D), production, finance and purchases participated. Last year saw the implementation of suggested improvements which brought savings totalling €141m.

Since 2017 Seat has managed coordination of general purchase activities for the VW Group in Iberia for all procurements not directly related with vehicles to identify synergies and contribute to cost optimisation. Seat-managed general purchases in the peninsula amounted to almost €2 billion last year.