Christian Friedl takes over as director of Seat Martorell

Christian Friedl is moving from Porsche to become director of Seat’s Martorell plant in Spain, starting from January 1. He replaces Rainer Fessel, who is moving to take over the management of the VW factory in Wolfsburg.

Friedl was previously the director of the Porsche plant in Zuffenhausen, Germany. That job now goes to Jens Brücker. 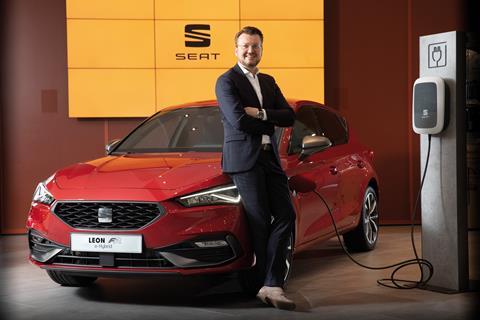 Seat said Friedl will lead Martorell’s transition to making electric vehicles (EVs). Along with the six combustion-engine vehicles made at the Martorell plant (see table) it has also started production of the Seat Leon e-Hybrid and the Cupra Leon e-Hybrid.

In the coming weeks it will also add a plug-in hybrid version of the Cupra Fomentor. The first battery electric vehicle from the Cupra brand, the el-Born, will be manufactured Zwickau, however, alongside its MEB platform sister car, the VW ID.3.

“Christian Friedl is one of the best managers in the production area of the Volkswagen Group,” said Wayne Griffiths, president of Seat.

“He was appointed director of the Porsche Zuffenhausen plant before the age of 40 and led its expansion to accommodate the production of the new Porsche Taycan. With his leadership and that of Herbert Steiner, we aim to transform the Martorell plant to build electric vehicles from 2025.”

Friedl reports to Steiner, who was appointed as Seat’s executive vice-president for production and logistics in September. Enric Martí remains director of logistics at the plant, also reporting to Steiner.

Griffiths also paid tribute to Fessel: “In his two and a half years at Seat, he has guided the Martorell plant to record volumes and successfully launched four new models. I wish him all the best in his new career at the heart of the Volkswagen Group and thank him for his time at Seat.”