BMW is using a system supplied by Seoul Robotics to autonomously move finished vehicles from the factory floor to a parking area from where they are picked up for distribution to the dealer network. 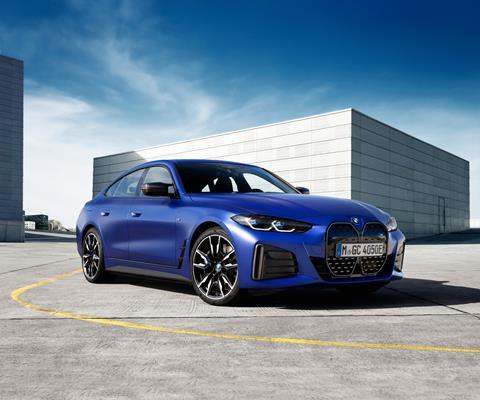 The BMW i4 is made at the Munich plant in Germany

[Updated Jan 11] The V2X (vehicle-to-everything) technology uses a control tower and hundreds of connected lidar sensors to move the vehicles without drivers and without the need for sensors being placed in the individual vehicles. It represents the largest implementation of the technology so far, according to the company, and is the latest example of the application of light detection and ranging (lidar) technology in the autonomous handling of finished vehicles.

It was first reported that BMW was using the technology at its Munich plant but the carmaker has since refuted this while maintaining that it is working with Seoul Robotics at an undisclosed location.

Seoul Robotics said the system made the last-mile logistics process safer by mitigating accidents through driver error and increased efficiency by automating the movement of hundreds of vehicles simultaneously, both which help to reduce outbound logistics costs.

The company is placing sensors equipped with 3D perception software at vantage points on the infrastructure at the test site. That 3D perception software, called Sensr, accurately tracks, detects and predicts the movement of the vehicles on their journey between the plant and the parking lot.

The Seoul Logistics system fully captures the surrounding environment and communicates with other sensors and the 4G/5G wireless communication systems now more commonly fitted to new vehicles. The information gathered is coordinated by the control tower, which collects all of the 3D data and automates it using V2X communications. Seoul Robotics said the technology eliminated blinds spots that were a challenge for in-vehicle lidar systems.

“[The control tower] has massive potential to fuel autonomous mobility, and we are thrilled to continue expanding upon the implementation of this technology with BMW and other partners,” said HanBin Lee, CEO of Seoul Robotics. “Ultimately, these systems will be deployed in additional public and commercial settings, powering aspects of our everyday lives, such as autonomously navigated parking and public transit.

The implementation of the system comes at a time when BMW is increasing the digitalisation of processes at its plants. The carmaker has revealed that it has been 3D-scanning the whole of the Munich plant to obtain a full set of basic digital data of both the building and its systems. The scans are then processed and saved on the cloud so the data can be accessed from anywhere using an intuitive, browser-based tool. By the end of 2022, the structure of all the major car plants in the BMW Group production network will have been scanned, and digital data will be available for everyone.

BMW launched production of the fully electric BMW i4 at the Munich plant in October last year and said at least half of all cars made there will be electrified by 2023.