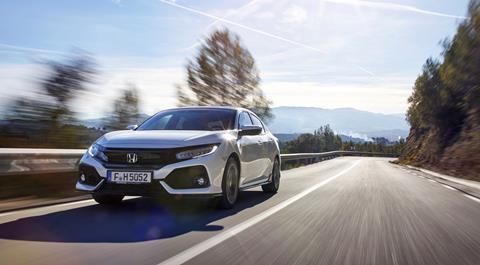 Honda has confirmed that its IT network was subject to a cyber-attack on Monday last week (June 8) that hit production, sales and development activities, including customer and financial service operations.

In an original statement the Japanese carmaker said that work was being undertaken to minimise the impact and restore functionality across the network but that no information breaches had been recorded. Honda in Japan said that it expected a minimal impact on business.

In North America a company spokesperson confirmed that production operations had been affected but, as of June 11, it had resumed production in most plants and was currently working toward the return to production of its assembly and engine plants in Ohio.

Similarly, in the UK disruption had been resolved and production at Swindon had restarted by the afternoon of June 11, according to a spokesperson.

As well as plants in Japan, disruption to vehicle and motorcycle production has also been reported in Brazil, India and Turkey.

Cyber-attacks on the automotive sector are becoming more common. In January this year Gedia Automotive Group was the victim of a cyber-attack by a gang using ransomware known as Sodinokibi. The following month Toll Group, which provides logistics services for the industry, was forced to shut down a number of IT systems in response to a suspected cyber-attack.

A number of companies including Renault-Nissan, Maersk and TNT were affected in 2017 by a widespread attack from hackers using Petya ransomware.