Higher battery material costs, spot buying of semiconductors and increased logistics costs, incurred through a greater use of premium freight, contributed to a lower operating profit of SEK 3.4 billion ($308m) for Volvo Cars in the third quarter of this year. 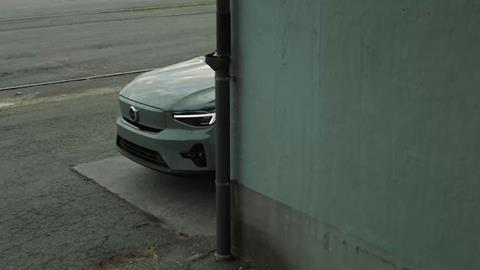 Volvo Cars reported a strong demand for premium EVs, including its XC40 Recharge

Volvo said unforeseen factors, such as power outages and Covid-related lockdowns in China, slowed down the pace of recovery in production that it was expecting. However, the carmaker said that provided there were no further major supply chain disturbances, it expected to continue improving its production run into Q4 and the new year.

“Macroeconomic uncertainties around the world weighed on our third quarter performance,” said Jim Rowan, president and CEO. “But with a nimble and agile organisation, strong financial position and ample liquidity, we are confident we will tide over the ongoing challenges.”

The higher production output compared to sales volume may also indicate the difficulties carmakers are facing in securing finished vehicle delivery capacity, though Volvo Cars has given no indication of this.

Volvo said it expected lower wholesale volumes this year than 2021 but it reported a strong demand for premium EVs. Sales of fully electric Volvo cars rose by 87% year-on-year during the quarter, compared to the third quarter of 2021, making up 7% of total sales. The carmaker said that September was a strong month for EV sales, when Volvo Cars sold over 6,000 fully electric models, representing more than 12% of overall sales, compared with a share of 3.5% in the same month last year. The carmaker made 62,000 cars in September, of which 18% were pure EVs.

Volvo Cars will reveal its next, fully electric SUV – Volvo EX90 – on November 9 this year.

Volvo said that by mid-decade it intended to account for 50% of sales through online channels.

“Online sales show strong demand, though volumes are held back by low supply,” said a spokesperson for Volvo Cars. “As production improves, we expect online sales as a share of total volume to again increase in the coming quarters.”

Online sales were given a boost during the Covid lockdowns and current difficulties in distribution mean the agency model, by which the OEM sells directly to the customer online for a fixed fee, is growing as an alternative to the normal way of doing business.