Russia confirms Khrabrovo as location for BMW plant in Kaliningrad

Following February’s news that BMW planned to build a vehicle assembly plant in the Russian enclave of Kaliningrad, which lies between Lithuania and Poland on the Baltic coast, the government’s official news source, Russian Gazette, has reported it will be in the Khrabrovo Industrial Park. 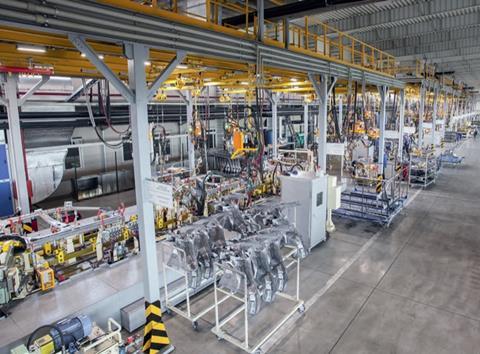 The location will give the carmaker an opportunity to cut logistics costs by importing automotive kits, components and equipment from the European Union by sea via Kaliningrad Commercial Sea Port. Khrabrovo Industrial Park is located 50km away from the seaport and only 3km away from Kaliningrad airport. Russia’s Industry and Trade Ministry is also planning an automotive components cluster of up to 20 companies in Kaliningrad.

For the last two decades the carmaker has been assembling a range of its products in Kaliningrad under contract with Russian carmaker Avtotor and has been importing kits through the port.

The investment in the new independent plant is estimated to be between €270m–€290m, and production capacity is set to be around 35,000 finished vehicles. In 2018, BMW sold more than 35,600 vehicles on the Russian market, as compared to 30,000 the previous year.

In the first four months of 2019, BMW sold more than 13,000 vehicles in Russia, 20% up the same period last year, making it the leading premium carmaker on the market according to Russian analytical agency Avtostat.

One of the other advantages for BMW of the location in Khrabrovo Industrial Park is the substantial tax breaks on profit, land and property that are granted there. Those tax breaks are planned to run for six years once production is underway, with scope for extension. 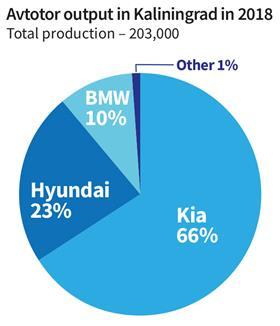 A spokesperson for the Kaliningrad regional government said it had been in negotiations with BMW and was ready to provide a site in the industrial park equipped for the carmaker’s technical needs.

“We have provided the German company with everything they wanted, and now everything depends on the Spic [special investment contract],” he added.

BMW has submitted an investment contract request with the Russian government to secure state aid for their investments. Avtotor has also submitted a separate request but with no reference to BMW production, suggesting that it will no longer be making BMW products once production at the other site is up and running.

BMW originally declared plans to build an independent plant in Russia back in 2013. The project was put on hold because of rising tensions between Russia on one side, and US and the EU on the other, which included international sanctions against Russia.