Stepping up the pace 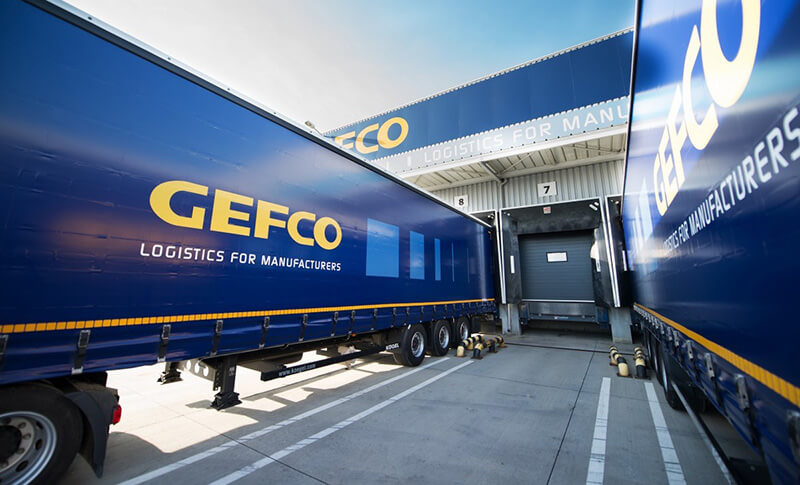 When Groupe PSA bought Opel/Vauxhall from GM in 2017 for €2.2 billion ($2.33 billion), Gefco was already providing logistics services for it. Then, when Opel/Vauxhall renewed its contract for fourth-party logistics (4PL) services with Gefco in October 2018 for a further four years, Gefco was tasked with finding further cost reductions and intensifying its optimisation and network engineering activities.

Gefco’s 4PL Solutions division provides services for Opel/Vauxhall across Europe and Turkey, including the management of 220 separate logistics providers (140 for inbound and 80 for outbound). Its remit includes purchasing, tenders, contracting and invoicing. Since then, it has been able to combine services and make further efficiency gains by balancing parts and vehicle flows. This is set to increase as the Opel/Vauxhall plants start making vehicles based on a common architecture and establish a common supplier base.

From 2024, Opel/Vauxhall passenger car models will be based on joint Groupe PSA architectures, a move designed to bring savings to the group and to assist Opel/Vauxhall in achieving its Pace! plan to return to profitability by 2020. 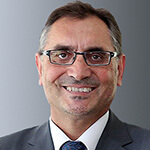 Cobo has been working for Opel/Vauxhall and GM since 1981 and has held a variety of international management functions, mainly in the area of manufacturing and quality, with assignments in Spain, Germany and the US.

He was appointed MD at Opel España and plant manager of the Zaragoza plant in September 2010.

Girardon, meanwhile, has extensive experience in the automotive industry, working at Groupe PSA since 1997. Prior to his appointment at Opel, he was senior vice-president at Group Industrial Strategy and before that, he managed Groupe PSA’s plants in Trnava (Slovakia), Caen and Sept-Fons (both France).

Groupe PSA has its own profitability strategy (Push to Pass), which includes basing all models (including Opel/Vauxhall brands) on one of two car-construction platforms by 2025 to save costs and achieve efficiency gains – including in the supply chain. As part of that initiative, Groupe PSA has been reducing its platforms worldwide to optimise R&D expenditure and the effectiveness of its production processes.

Ultimately, this will lead to the manufacture of vehicles on two platforms: the Efficient Modular Platform 2 (EMP2), which has been around since 2013, and the Common Modular Platform (CMP), launched this year with the DS3 Crossback. There are plans to build a number of Opel/Vauxhall vehicles on the EMP2 platform.

Leaner and meanerIn the first phase of the Pace! plan, Opel/Vauxhall plans to achieve a recurring operating margin for the automotive division of 2% by 2020, with a move to 6% by 2026. The carmaker is targeting 7% in cost reductions in 2019 and 5% per year thereafter. Its plan includes achieving greater efficiencies in manufacturing, logistics and purchasing.

In terms of inbound logistics, Groupe PSA intends to cut its supplier numbers in half and bring those suppliers much closer to the plants they are servicing, cutting down on overseas transport. 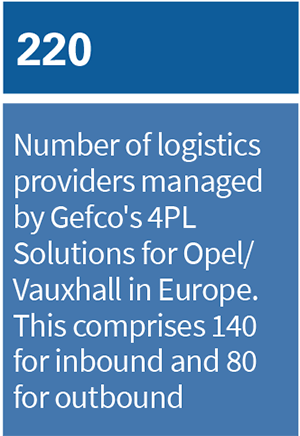 “If you have fewer suppliers, then you will have better efficiency in logistics because you have bigger flows and you don’t have to organise so much groupage; this is a trend we see,” he says. “Also, because the suppliers are common, volumes will be higher and there will be some repositioning.”

Within the Opel/Vauxhall network, the new Vauxhall Corsa is going to be made exclusively at Opel’s Spanish plant in Zaragoza, including an electric version, while the Vauxhall Vivaro van is going into production in Luton, in the UK, from 2019. Meanwhile, the Vauxhall Grandland X has been allocated to the Eisenach plant in Germany. New product allocations have also been announced for the engine and transmission plants in Tichy (Poland), Aspern (Austria) and Szentgotthard (Hungary).

“We will have to have a very dynamic transport plan, which will be in steps so we can cope with the change that will happen,” says Redier. “We will have not only to optimise, but to organise, so that, step by step, we will always be at the most efficient point.”

[mpu_ad]To manage this, Gefco is extending the supply chain architecture it set up for PSA a few years ago, whereby the logistics provider redesigned its services in a way that yielded major savings for the carmaker. It has been extending this since PSA bought Opel/Vauxhall and is currently in the process of locating one supply chain engineering specialist in each assembly plant to analyse flows and make proposals to enhance efficiency back to Gefco’s central engineering team.

Savings are also being made in outbound as part of the Pace! plan. Opel has sold its dealer network in the Scandinavian, Nordic and Baltic countries, for example, and is using importers to handle the business. LänsiAuto is handling imports in Finland and the Baltic States, with Bertel O Steen in Norway and Interdan Bil in Denmark and Sweden. The OEM is planning similar moves elsewhere.

That will reduce business for Gefco’s 4PL Solutions arm, but its 3PL operation can still compete directly for work in these areas.

Separate from 3PLOne of the principles of the 4PL service Gefco has implemented for Opel/Vauxhall is that it will remain a separate entity from the rest of the logistics provider’s organisation. In terms of IT, for instance, Gefco’s 4PL operation uses its own tools, which are not accessible to its 3PL operations.

“This was a condition of being able to include Gefco [as a] 3PL in our tenders,” explains Redier. “We have the obligation to be fully objective, otherwise it could be distorting competition and giving an advantage to Gefco as a 3PL.”

The share of Gefco’s third-party business for Opel/Vauxhall has remained almost exactly the same since the beginning of the contract, however.

Gefco was the first logistics provider to GM Europe and its 3PL operations for the OEM date back to before the 4PL contract – something Redier says was “one of the reasons Opel/Vauxhall trusted Gefco in going for a full outsourcing of the activity”. 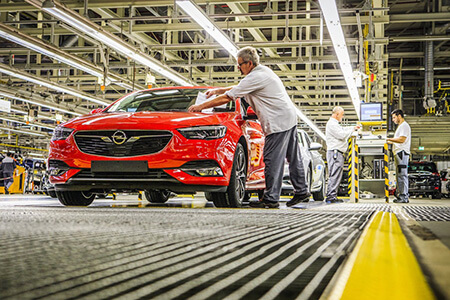 From 2024, Opel/Vauxhall vehicles will be built on Groupe PSA architectures

In parallel with these developments, Gefco has plans to become a public company. It has reaffirmed that it is looking to make a public offering on the Euronext Paris stock exchange in 2019 and says the move will allow it “to enhance its growth opportunities and increase its leadership position in the automotive and broader logistics sector”.

The logistics provider posted revenue growth of 6.3% for the first nine months of 2018, compared with the same period last year, and says its finished vehicle logistics business was notable in its contribution to the results. Revenue from the finished vehicle business increased by 7.2% to €1.4m, mainly driven by Groupe PSA volumes. Higher production at PSA plants has also helped Gefco to increase revenue in its Overland and Contract Logistics business by 4.5% to €1.6m.

As part of the IPO move, Russian Railways, which has a majority stake in Gefco, says it will make a partial reduction of its 75% stake to below 50%. Gefco’s former owner and partial stakeholder, Groupe PSA, will reduce its stake to below 10% of capital should the flotation go ahead. Groupe PSA sold 75% of Gefco to RZD in 2013 for €800m. How Gefco's plan to become a public company might affect its contract with Opel/Vauxhall remains to be seen.

"We have the obligation to be fully objective, otherwise [the 4PL contract with Opel/Vauxhall] could be distorting competition and giving an advantage to Gefco as a 3PL" - Antoine Redier, Gefco

Opel/Vauxhall made a profit of €502m in the first six months of 2018 and managed to cut fixed costs by 28% over the same period. That is welcome news given that the business had reported a loss every year since 1999. According to private bank Berenberg, the division was estimated to have burned $11.7 billion of GM cash between 2010 and 2016.

One of the developing prospects for growth in business at Opel/Vauxhall under the Pace! initiative is the growth in non-European export markets, including to those in Africa. The carmaker has signed contracts with importers in Morocco, Tunisia and South Africa. It has also started assembly of the Grandland X at a new assembly plant in Namibia, alongside the Peugeot 3008, for distribution to the wider African market.

The vehicles are being delivered as semi-knockdown (SKD) kits from Europe to the plant in Walvis Bay for reassembly. SKD kits are not as expensive to import into the country as new finished vehicles, which are subject to a 30% tax if they come from outside the Southern African Customs Union (SACU).

Opel’s sales in Namibia are handled by Auas, under sub-contract from South Africa’s Unitrans.

The carmaker's initial target volume at Walvis Bay, which has been set up in partnership with the Namibia Development Corporation (NDC), is 5,000 vehicles a year by 2020. Other vehicles will follow, based on customer demand in the SACU countries of Botswana, Lesotho, Namibia, South Africa and Swaziland.

Opel signed a deal with Unitrans Automotive at the end of 2017 for the import and retail of its vehicles in South Africa, which began in January 2018. Previously, Opel distribution in South Africa was handled by a network of around 130 independent dealers via GM South Africa.

Vehicles including the new Opel Crossland X SUV are now being distributed by the South African firm across 35 dealerships, some owned by Unitrans and others by independent owners. They are being imported from Opel plants in Europe, including Zaragoza (Spain), Sochaux (France) and Eisenach (Germany).