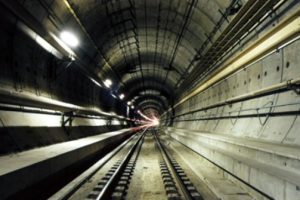 For the first time in five years, a train transporting finished vehicles has travelled through the Channel Tunnel on a route from the UK to Belgium, Groupe Eurotunnel has revealed.

GB Railfreight, the rail freight subsidiary of Groupe Eurotunnel, provided the train on behalf of European automotive transport specialist STVA UK, beginning a new contract in early July between the two for one train a week carrying finished vehicles from Bristol to Ghent.

Each train is made up of nine double-deck STVA wagons tailor-made to transport vehicles. Each wagon can carry 24 cars.

The wagons are being hauled by a diesel Class 66 from Portbury to the Channel Tunnel. From there, an electric Class 92 will haul the wagons through the tunnel. In Frethun, B Logistics and Europorte France will complete the journey to Ghent.

Neither Groupe Eurotunnel nor STVA has said whose vehicles are involved.

The contract symbolises GB Railfreight’s ambitions to diversify its client base as the rail freight requirements of the commodities sector have declined. The company said it was intent on increasing rail freight’s competitiveness in other markets and that opportunities for expansion existed in the automotive industry in the UK and across Europe.

John Smith, managing director for GB Railfreight, said: “Over the course of the last three years we have built a strong relationship with STVA UK and we are really proud to have added this new flow to our portfolio.

“There is huge potential to increasingly transport bulk items, such as cars, on rail and through the Channel Tunnel, cutting carbon emissions and relieving congestion on our roads,” he added. “We will continue to work closely with government and the industry to ensure that we unlock capacity on the rail network in order to support the true potential of freight.”