The end of the line? 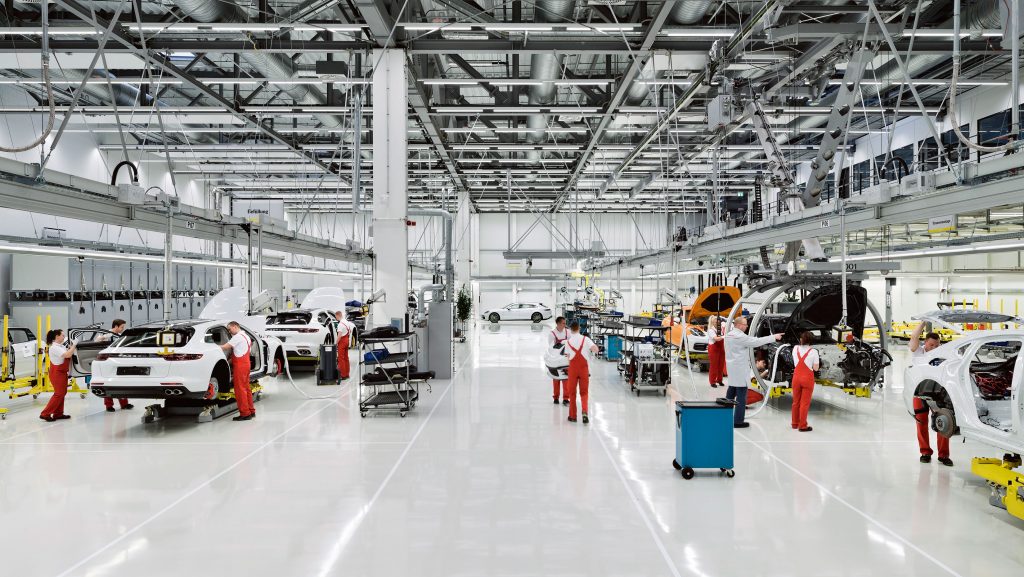 As the vehicle industry and market moves towards higher levels of electrification and connectivity, production experts anticipate a change from the traditional assembly line layout that has dominated the industry for nearly a century. Instead, OEMs are expected to increasingly orientate their plants and supply chains around more flexible, digitally connected ‘modular’ production cells.

It is a change that would have notable impacts for logistics. In factories and shopfloors, for example, the space for material and inventory could see large reductions in space, with a significant rise in the use of automated transport equipment.

Such ideas emerged in particular among executives from various Volkswagen Group brands speaking at the automotiveIT Forum Production and Logistics at the Hannover Messe, a technology trade show that took place at the end of April.

Christian Will, head of production development at Porsche, pointed to the anticipated rise in electric vehicles, particularly in China, along with increasing product individualisation and variety; such challenges were among the reasons why Porsche and its suppliers would need to work in a more modular approach, he said.

Dr Tarek Mashour, head of the central production function within the production and logistics division at Audi, also said that its ‘modular smart factory’ would be designed around meeting the demands of digitalisation, sustainability and urbanisation. That would include producing more varieties of alternative propulsion and autonomous driving vehicles, while catering to different ownership and car usage needs.[related_topics align=”right” border=”yes”]

Michael Ulverich, head of truck production for MAN Truck & Bus, said the need for hyper flexibility in volume and technology also required changes to commercial vehicle production. Such adjustments are set to support not only varieties of powertrain and customisation, but also the sudden shifts in volume that can be typical in the truck market. For example, following the financial crisis of 2008-2009, truckmakers in North America and Europe saw declines of up to 90% from one year to the next. Markets have remained highly volatile over the past decade.

Modular production involves many design, system and process changes, but in general means dividing production into a wider number of separate cells or assembly stations rather than moving along a contiguous line. The various modules produced at each station allow for more flexibility and variation in overall output, including in adjusting for options or changes in demand.

It is a process somewhat more typical of high-tech manufacturing. For automotive assembly lines, much of the variation and complexity of different products have been handled by parts handling supermarket and commissioning areas that fill kits with the parts required for line workers.[sta_anchor id=”1”]

“The ideal truck could be built with one tact, one cycle if modularisation allowed,” said Ulverich. “We are looking at all the value added parts and breaking it down into production units to allow for shorter cycle times and levels of variability.” 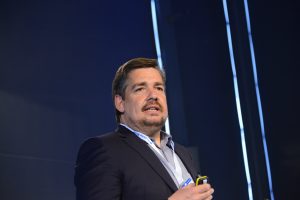 A digital revival of an old ideaThough more common for other industries, modular production is neither new to the automotive industry nor is it unused today. Suppliers already deliver a significant share of components to carmakers as modules, for example, a share that has been rising as vehicles contain more and more electronics.

Ulverich said that commercial vehicle production has always worked with modules, even if now it is trying to look at their application more systematically.

According to Tarek Mashour, Audi first started using modular production and delivery techniques more than 30 years ago, including the use of induction loops between various points of assembly. Other types of modularisation have been used for about as long as the assembly line has existed.

Now, however, the combination of more product variety along with digital technology, such as increasingly autonomous systems, is offering new opportunities for flexibility. At Porsche, Christian Will anticipates designing a “huge floorspace” at plants with various cells connected across shared data platforms and flexible autonomous guided vehicles (AGVs). The setup will allow for the simultaneous and parallel building of early prototypes of future models even during serial production, with such stations separated by elevated tables with AGVs moving between them.

Meanwhile, internet connections across processes and objects could change how work is shared across R&D, design, plants and in the supply chain. A seamless data integration between bills of materials, engineers, shopfloor workers and suppliers, for example, would both automate material flows while also communicating order management and stock information in real time.

“This will allow for simultaneous engineering along different lines of planning, development, design and with suppliers,” said Will. “Having suppliers connected and on board for production and development will be essential.”

At Audi, Mashour said that future factories would feature relatively independent islands across the shopfloor. Orders and material will then move along the most optimal routes and available capacity at stations based on algorithms and sensors. There will also be a central control tower in which people help manage the integration of material flow and production.[sta_anchor id=”2”]

Saving space makes the differenceAutomating and improving the logistics and parts flow are essential to these concepts. According to Mashour, such a centralised setup may sound like it will require considerably more space than current plants. However, these areas will consolidate much of the materials handling and internal transport between various warehouses and staging areas needed for today’s assembly lines. If you include those requirements together, then the overall space for modular production will be much less than it is at plants today.

“We have simulated this concept and we see that the saving in logistics and inventory requirements helps to make this our concept of the future,” he said.

Manufacturers are already implementing aspects of these new production and logistics models into production. Audi’s new plant in San José Chiapa, Mexico, which opened last year, includes a large, centralised area for parts handling and assembly, as well as a central control room that combines areas including production control, logistics, materials management, maintenance and other functions.

“The next step for us is to have end-to-end data integration across all these areas and the supply chain. We are not there yet,” said Mashour, who worked on launching the Mexican plant.

At MAN, the move towards modular flexibility is also already being increased. Ulverich pointed to the transformation of old factories to be able to assemble diesel and petrol models on the same line. 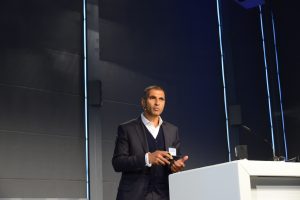 Tarek Mashour said Audi was moving towards centralised control towers for plants where all functions would work together, connected by the same systems (photo by Claus Dick)

Porsche, meanwhile, will incorporate elements of its modular approach and AGV system in the production of the ‘Mission E’ all electric vehicle, which will be built at its plant in Zuffenhausen, north of Stuttgart.

As is often the case with making important changes in automotive production and supply, not everything will come at once, if at all. Although Porsche wants to use a modular approach to increase its flexibility in production, Will said that the carmaker also wants to maintain its fixed seven-day frozen period for vehicle orders prior to production, which helps stabilise the sequence at plants. He called this process “the backbone of our production system”.

Mashour, meanwhile, said that the time when the flow of order and vehicles through the independent cells of a modular plant would be purely autonomous is likely to be quite a ways off. He also suggested that Audi and other manufacturers would not be ripping out the layouts, infrastructure and systems at their existing plants.

“I think both worlds – modular and flow production – will co-exist for a long time to come,” he said.

Supply chain and logistics automation and optimisation will be discussed further The Supply Chain Conference in Atlanta, Georgia May 8-10th and Automotive Logistics Europe in Bonn, Germany on June 6-8th.