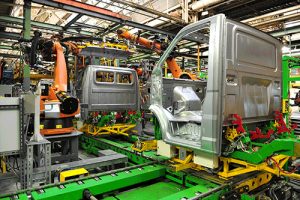 Turkey’s automotive exports have risen 17% so far this year to reach a value of $13.9 billion, fresh figures from the Uludağ Automotive Industry Exporters' Association (OİB) have shown.

In May – the country’s 28th month of continuous automotive export growth – automotive exports were worth $2.8 billion, up 8% on May 2017 and representing 20% of total exports for the month.

Exports of light commercial vehicles to the UK, which is Turkey’s main importer in this sector, declined by 7% in May. Nevertheless, sales rose in other markets including Italy (+37%), France (+23%) and Germany (+26%).

Automotive exports to Germany overall went up 5% to $423m, leaving it as Turkey’s biggest market. Second-placed Italy posted growth of 5% to $310m while third-placed France grew by 16% to $308m.

Exports to the European Union, the largest combined market for the Turkish automotive sector, went up 10% overall to $2.2 billion, taking 80% of export output.