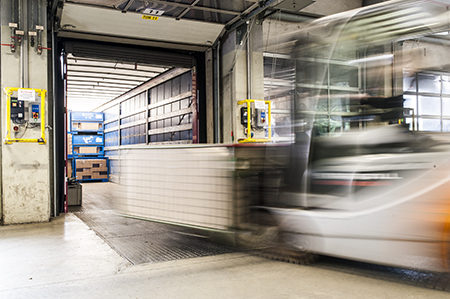 Recently, however, there has been more focus on containing this expansion. According to Dr Claus Wriebe, inventory levels at Kassel have shrunk by 1% since 2008 even as business volume grew by 33%. During the same period, the service level increased from 91% to 95% thanks to better forecasting and productivity gains in replenishment and picking.

Stock assortments have also been restrained, increasing by fewer than 10,000 in three years. Genuine Parts technicians have been working with production planning teams at Volkswagen Group headquarters in Wolfsburg to limit variation, including packaging some products as kits rather than as individual parts.

Nevertheless, Kassel’s stock assortments are forecast to reach 628,000 by 2020. “On average each part number requires around 2 sq.m of warehousing space, plus transport and planning costs, so it is a very strategic project to avoid fixed costs by reducing stock levels and complexity,” says Wriebe.

While working with 3PLs is part of the solution, it is not a way to directly lower fixed costs, he points out. An external lease does not automatically reduce costs; meanwhile, for larger investments in infrastructure, investors seek contract terms that may last from five to ten years.

Reducing aftermarket inventory is now a major strategy for the carmaker, from process and planning improvement, to new stock and goods-flow systems. For example, Depot Kassel has introduced a continuous improvement process across the department that emphasises stock reduction and optimisation techniques.Much can be achieved in the purchasing process, provided the teams responsible have an integrated view of the whole supply chain and its costs. “Beside the pure material price, the full logistic costs have to be considered and negotiated carefully to reflect their many nuances,” says Wriebe.

“That is because logistics costs include all costs which accrue from the outbound dispatch of the supplier’s plant to the inbound in the depot related to the goods,” he says. “The purchasing decision has to reflect the impacts that this has in addition to material prices, including transport, packaging, handling and storage.”

Inside and outside Depot Kassel

Other stories in this feature
Another area of inventory and cost reduction is in packaging. Depot Kassel is hoping to decrease packaging space by getting more suppliers to ship parts pre-packed. Typically, says Wriebe, suppliers charge considerably more for this privilege, as they want to avoid on-site packing. Along with wanting to save space, suppliers are hard pressed to reduce their packaging processes because it is not their core business, he says. However, Volkswagen experts are working directly with suppliers to improve such processes, including a dedicated logistics costs and supply concepts department at Depot Kassel. The amount of pre-packaging parts that the depot receives is now 40% of the total, which has helped reduce processing time for inbound parts.

The carmaker has also moved to more flexible order and storage processes, including ‘non-stocking assortment’ strategies to avoid repacking and unnecessary inventory. For example, new part numbers with lower demand might be stored in Kassel, while top sellers can temporarily move directly from suppliers until demand decreases as part of a direct delivery process. Some extremely slow-moving parts may not even be ordered from a supplier until a customer order exists, if Volkswagen calculates it can move the part quickly enough.

“Such planning has been very important to reducing our inventory,” says Wriebe.

From next year, Volkswagen will also be able to turn more inbound goods into live orders at the OTC when it implements what Wriebe calls a “decentralised crossdock”. Inbound part numbers that can be allocated to an order will be moved on arrival to the picking area rather than retrieving a stored part in the warehouse.

The process helps to avoid storing extra stock at the OTC, and decreases lead times. While this crossdocking method has been partly available for rush orders, it will now also apply to volume orders. “This is interesting due to the fact that full units can be generated and that the volume effect is the highest in operational logistics because of the high order size,” says Wriebe.

He adds that Volkswagen needs to make some process changes, as well as some physical modifications to its SAP systems to implement the crossdock at the OTC.

Big Data potentialClaus Wriebe believes that ‘Big Data’ and predictive planning will play an important role in parts procurement and logistics, including syncing lead times in line with customer orders. The carmaker is already involved in several projects.

For example, Volkswagen took the demand curve across 400,000 part numbers going back to 1996, representing some 32m transactions. From this data it built demand curves and identified around 11,000 basic profiles. Based on these patterns, forecast quality improved by 80% within the data set. “We have the prototype and we will start to implement the process into our normal forecasting,” says Wriebe. 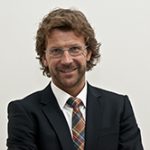 "The point is to combine economics of scale on the one hand, which are typical for large and centralised units, while on the other hand we need faster and flexible processes, like small and autonomous warehouses."

Depot Kassel will also use data mining for predicting parts picking performance. Currently, Volkswagen monitors picking KPIs in a way that is partially automated across the 70,000 daily order lines at the OTC, with analysts monitoring service levels, lead times and loading times. From next year, however, an SAP HANA application will pull in data and statistics from across 30 systems to make a predictive calculation about worker and team productivity. Any area of the picking process that is not on pace to hit targets will get an automatic alert to work faster or to help identify a problem area.

“We are implementing a tool that will bring in 1,000 different statistical functions to forecast the output of our order lines,” Wriebe adds. “The target is to be predictive.”Such projects show how Depot Kassel is keeping up with wider technological advances. In Ingolstadt, the Volkswagen Group is even exploring a pilot with 3D printing, where some classic parts are made using additive manufacturing processes. Such technology could be a solution for OEMs to supply very slow-moving parts. “I could imagine that in the next five years we will start printing a portion of our supply,” says Wriebe.

On the other hand, Wriebe is cautious about rushing head first towards every technological trend. For example, with the exception of some paternoster carousel shelving, Depot Kassel doesn’t use pick-by-light systems, and has also avoided pick-by-voice, as it has yet to find an application that works for the OTC. It has, however, trialled Google Glass technology; while Wriebe points to its potential for improving warehousing operations, he says it is too early to make a decision.

The depot has also not used RFID, since the OTC uses a scanning system that tracks every part at key stages. “RFID would need to apply for every box. Even if just 0.1% of the order lines didn’t scan, that would be a mess for us,” Claus Wriebe says. He is, however, studying an RFID trial at another Volkswagen Group parts depot in Hamburg.

“We observe the developments and innovations carefully and if something reaches a corresponding level of maturity, we transfer the process if applicable,” he says.

Bigger that is better – and more personal

Beyond improving productivity, Wriebe is looking to the next generation of aftermarket logistics for end customers. By 2020, for example, he is sure the connected car will start to change the supply chain. In-vehicle telematics and diagnostics could support predictive maintenance and parts supply, for example. Such technology will mandate a more customised service for each customer, he predicts.

The challenge will be making sure that spare parts logistics keeps up with this individualisation. “No matter how digitalised or connected a car is, there will still need to be a part flow at the end,” observes Wriebe.

The centralisation of so much stock at the OTC has kept Volkswagen Group’s aftermarket logistics stable over the past two decades even as the group expanded in geography, part numbers and volume. While economies of scale remain important, the question for Volkswagen and others is whether the personal experience and services that customers will expect can be supported by such large, automated operations like the OTC. Already, Kassel’s current projects are already making order and supply more flexible, including redirecting deliveries and allowing more direct part flows and order lines.

“The target is to develop an efficient and lean logistic centre to assure future growth potential at the competitive site of Kassel based on efficient processes and structures,” says Wriebe. “The concept behind this target is to link apparently contradictory objectives. The point is to combine economics of scale on the one hand, which are typical for large and centralised units, while on the other hand we need faster and flexible processes, like small and autonomous warehouses.”

By that measure Kassel, together with its accompanying warehouses, will likely remain central points in Volkswagen Group’s service parts supply chain, even as the OEM must make it more responsive to customers and global demands.