Looking for the human-machine touch 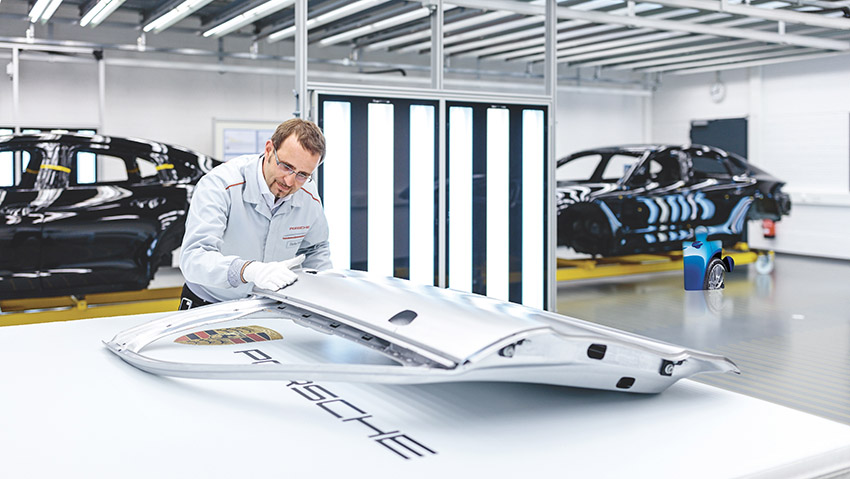 Digital technology is fast changing the way vehicles are built, with labour, data and engineering management set for new levels of automation, according to experts speaking at the recent automotiveIT Forum Production and Logistics.

But while automotive plants and their supply chains adapt new concepts and equipment, including for logistics and materials handling, speakers also revealed that the pace of change varies according to different manufacturers and production processes. Above all, the importance of human workers has been central to the decision process for new technology – and looks set to remain so in the future, even as many production and logistics jobs as they are known today seem likely to disappear.

The Forum Production and Logistics took place alongside the Hannover Messe, one of Europe’s largest manufacturing and technology fairs. Here, many manufacturers, equipment and IT providers demonstrated how they are investing in and testing a range of automation advances, from sensor-based tools and machine learning to artificial reality.

In logistics, meanwhile, OEMs are trialling or implementing innovations such as smart goggles, image-processing robots, drone delivery and a range of autonomous tugger and lift trucks.

But even while carmakers like BMW, Porsche and Audi develop modular, ‘smart factory’ concepts that will increasingly put automated, algorithmic systems at the heart of production strategies, new technology isn’t always the right solution, executives at the automotiveIT forum warned.[sta_anchor id="1"][in_this_story align="right" border="yes"]

In parts picking, for example, ‘smart glasses’ do not always win out over more basic ‘pick-by-light’ or ‘pick-by-voice’ systems. Legacy IT infrastructure cannot always be swept away by the latest cloud-based software, and machine learning and algorithms aren’t always able to match the effectiveness and ingenuity of the human touch (not yet, at least).

Digitilisation starts on the shopfloorDr Olaf Sauer, an expert in digital manufacturing processes at engineering and technology research centre Fraunhofer IOSB, pointed to big changes in the manufacturing IT market, including gesture-guided cameras in production areas or the potential for machine learning. However, he also warned about the need to consider how legacy systems interact with new ones, and stressed that changes to layouts and systems must accompany new components.

“While there is no room for complacency, manufacturers shouldn’t just install new technology just because it is new,” he said.

Furthermore, speakers at the event warned that implementing logistics automation and support technology needed to be done with workers in mind – including their safety and comfort, but also their skills.

Dr Sabine Pfeiffer, professor of sociology at the University of Hohenheim, near Stuttgart, encouraged manufacturers to carefully consider how workers would use new technology, as well as to take into account their considerable expertise. Not doing so risked not only discouraging workers but also missing out on innovation and efficiency opportunities.

“Begin disruption at the shopfloor level,” she advised. “The industry tends to focus on university graduates or consultancies, but if you work with the experience and skills on the shopfloor, you will get great results.”

Pfeiffer gave an example of an unnamed manufacturer that implemented a route optimisation system at a plant to direct lift trucks across a number of manufacturing stations. The US-designed system was based on the same algorithms for organising milkrun deliveries across trucking routes. However, the system had failed to take into account the various machine maintenance requirements at each station. The staff member involved, who had previously worked out his own route, had always accommodated these requirements.[sta_anchor id="2"]

“The milkrunner had always done this but was never asked what he thought best. This is an example where technology was improved but it was not done on the basis of the production knowhow,” commented Pfeiffer. 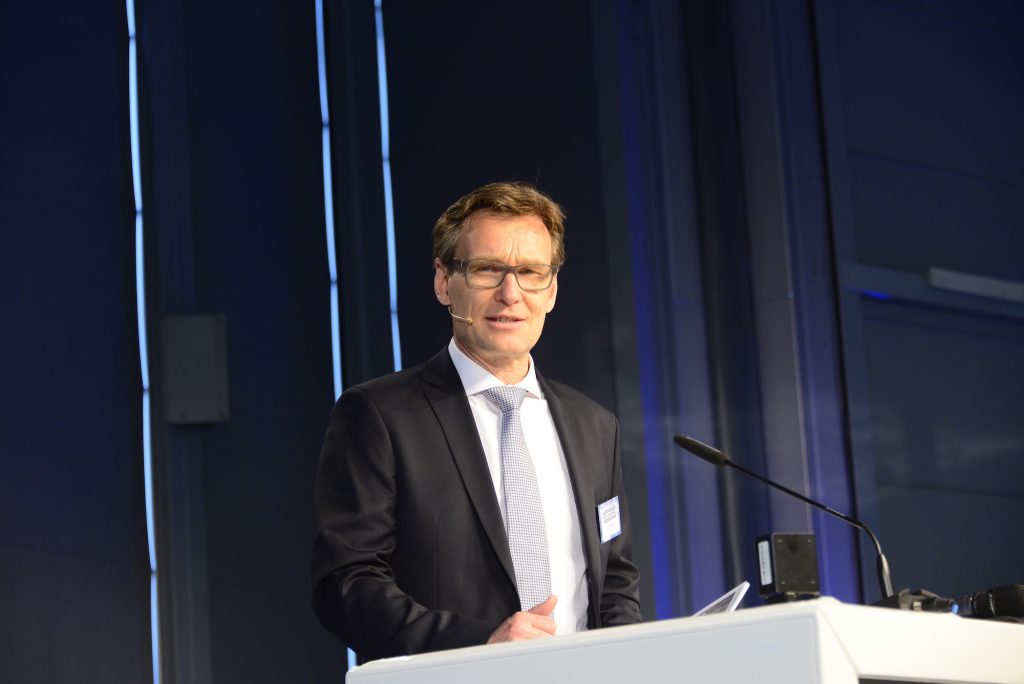 Best of humans and machinesMany carmakers are indeed carefully considering the human factor in their decisions about logistics and production technology, even if this might mean slowing down the pace of automation and digitalisation in some areas.

Christian Will, head of production development at Porsche, spoke about making industry 4.0 and production “the best of both manual and automated.” This principle is evident in Porsche’s material handling and line feeding operations: the carmaker uses automated guided vehicles (AGVs) to move parts picked in sequence by workers in commissioning areas to the assembly line.

“We already don’t pay too much attention to the [internal] transport at our plants as they are mostly automated,” commented Will.

Parts picking, however, is still a mixture of manual and technology-supported processes. In axle production, for example, Porsche uses a basic but effective pick-by-light system that directs workers to the location to pick by illuminating it. At the same time, RFID-enabled scanning tools and remote-controlled screwdrivers are used for verification in assembly.[mpu_ad]

“This allows us to combine existing and digital systems as well,” said Will. “Not everything needs to be high-tech, but [just] smart and able to cope.”

In future, Porsche has plans to increase its use of AGVs and further integrate data systems across engineering, production and suppliers. However, developing the system further will depend on existing factory configurations, including differences between brownfield and greenfield operations. Workers must also be comfortable with the changes.

Ultimately, Will called for “pragmatism over dogmatism” in digital and data transparency, suggesting that without considering existing systems and labour constraints in adapting new technology, manufacturers could stumble.[sta_anchor id="3"]

“Digitalisation will be a tool for ongoing development, with data transparency in all processes and with humans always at the heart of it all,” he said. 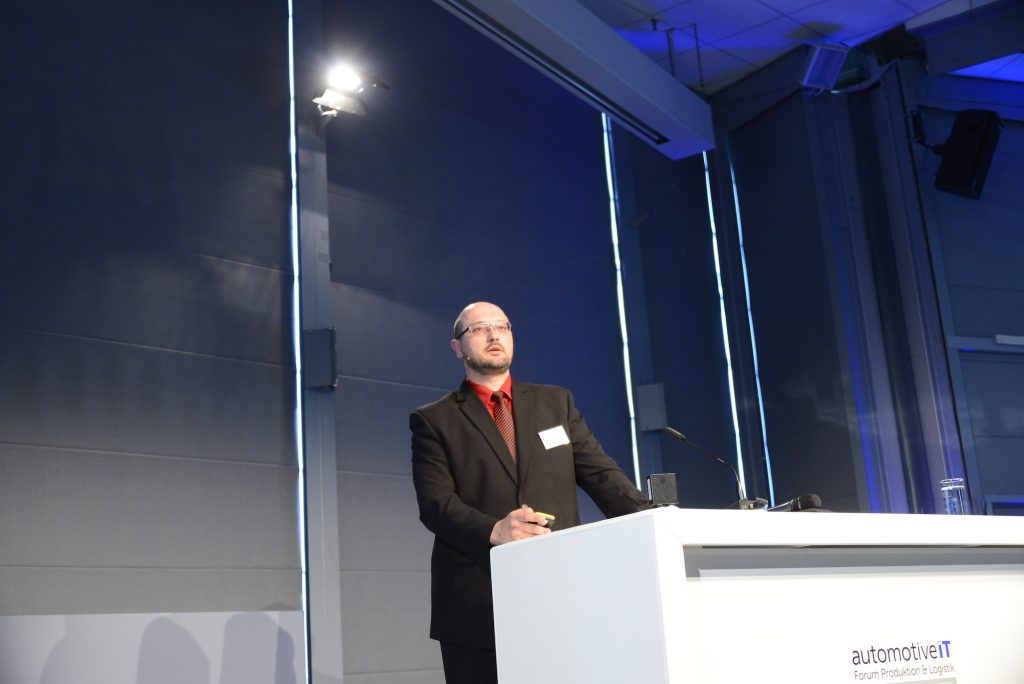 Recent technology has helped in areas around packaging handling and lifting. Earlier this year, the carmaker installed central automated storage systems for large, GLT containers at its assembly plant in Kvasiny, in the Czech Republic, that will also be added at its Mladá Boleslav plant later this year, said Tomás Rais, head of logistics planning and system support.

The carmaker has also rapidly increased its use of AGVs across its production plants, which have risen by a factor of six to 162 since 2012. Together with the use of C-frame trolleys to move larger racks, Rais said Skoda was able to transport material autonomously from delivery dock door to assembly lines, saving labour and making materials handling more ergonomic for its workers.[sta_anchor id="4"]

However, Skoda’s automation drive has sought to find a middle ground between practical application and digital technology. Most of its AGVs follow magnetic tape through its factories, according to Rais. The company has begun to introduce several sensor-based, fully autonomous trucks, however it aims to slowly replace existing equipment in the next phase up to 2020 to ensure successful integration and avoid disruption.

Different visionsMeanwhile, after initially testing smart glasses to aid workers picking parts in production and sequencing areas, Skoda decided against using them. “We stopped using them because our workers were not very satisfied with the glasses. They found them inconvenient to wear for eight hours,” Rais said.

The carmaker has instead used different solutions including pick-by-voice and pick-by-light in supermarkets. It furthermore introduced the ‘ProGlove’, a glove with a built-in scanner to replace traditional handheld ones that allows for two-handed picking and is more comfortable for workers. The ProGlove is also used in other parts of the Volkswagen Group, including by Audi. 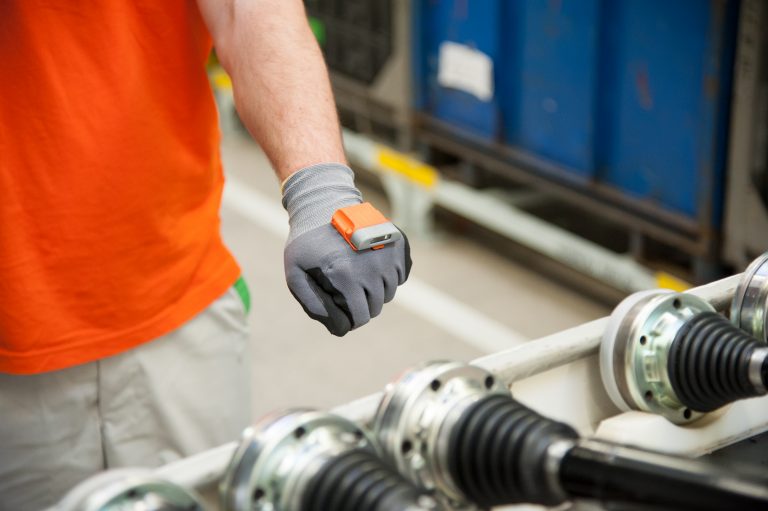 Wearables are gaining interest in logistics, including the 'ProGlove' used by both Skoda and Audi

Skoda is still open to further developments in augmented and virtual reality, however. Rais said that most immediately, the carmaker planned to use virtual environments to simulate logistics processes and to train workers.

Opel/Vauxhall, on the other hand, has been rolling out the use of smart glasses thanks to a process also based on worker feedback. Dr Benjamin Kuhrke, project engineer for advanced manufacturing technologies, discussed how the carmaker was rolling out ‘pick-by-vision’ technology for parts kitting and sequencing at its factory in Eisenach, in eastern Germany.

The plant, which builds vehicles with high variation including the Adam, has lot sizes with as many as 34,000 variants. To manage this, Opel carries out pre-picking consolidation and delivers kits to cells along the assembly line. However, the carmaker wanted to eliminate paper-based and manual processes in picking. It strove to implement pick-by-vision, as it was the most advanced.[sta_anchor id="5"]

Choosing the right technology required tests of many kinds of equipment including smart glasses, watches and tablets, as well as different scanning technology including gloves, rings and belts. The input from workers was essential to determining effectiveness, including productivity, comfort and accuracy. In pilots so far, smart glasses have proved the most effective, with backhand scanners on gloves working best for pick confirmations.

Changing rolesThis emphasis on workers and human knowhow was relevant even where carmakers are exploring more radical production concepts. Dr Tarek Mashour, head of the central production function at Audi, described how the carmaker’s future factory would include highly automated processes across modular production. However, as at Porsche, the worker “would remain at the centre”.

Mashour also predicted that, although many manual tasks in production and logistics would be automated, new jobs would replace them. For example, Audi’s vision of a centralised control tower setup for its production, which would replace some aspects of today’s assembly flow, would mean that workers shift from standing on the production line towards operating technology and having more control over production and material flow decisions.

“When we first introduced robots there was a fear about jobs, but we ended up adding many different ones,” he said. “We are not at all worried about cutting jobs – instead we will be creating brand news ones.”

Supply chain and logistics automation and optimisation will be discussed further The Supply Chain Conference in Atlanta, Georgia May 8-10th and Automotive Logistics Europe in Bonn, Germany on June 6-8th.