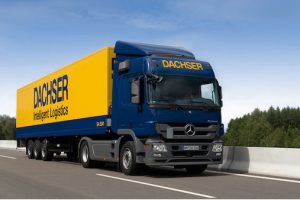 German logistics provider Dachser has signed a contract to transport spare parts from Volvo Car’s Torslanda assembly plant in Sweden, to the OEM’s warehouses in Germany.

As part of the contract, Volvo is now able to load a full trailer with spare parts for Germany as the orders are completed and packaged at its distribution centre near the assembly plant. Dachser then takes them to its own facility outside Gothenburg for sorting and onward transport to Volvo’s distribution warehouse in Germany.

Dachser of Norway has invested in two mega-trailers to meet the new demands which include a six-times-a-day shuttle service between Volvo’s distribution warehouse, and the haulier’s logistics base, also in Torslanda on the outskirts of Gothenburg.

“The concept that we have created for Volvo Cars is unique,” said Carl-Johan Westas, branch manager at Dachser Sweden in Gothenburg. “I look forward to seeing what a difference we can make with this cooperation.”